Description of Issue
I have an issue after doing an SSD upgrade: 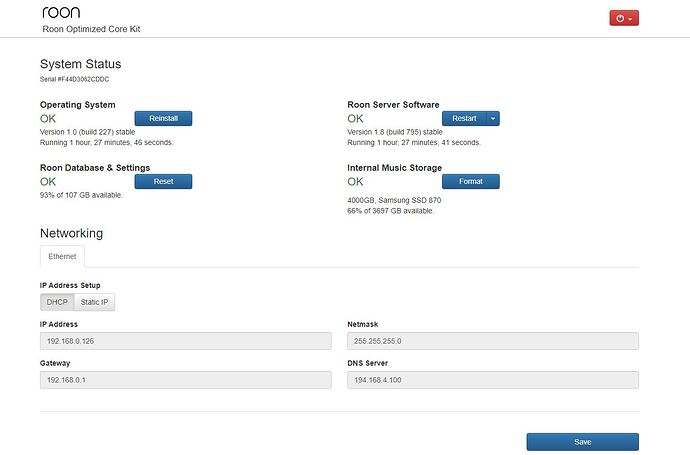 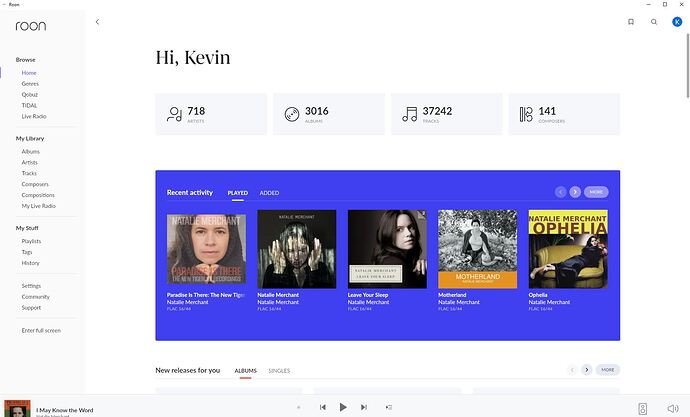 Roon did a database update because of “new version” (?)

If you check the Roon logs, it will report what Roon version is running and if it did a version update.
Could you do that and confirm back the version(s) reported.

Thanks. I will check, but the backup was from 27th May, only the day before I did the restore.

If the the rest of your library looks ok and it’s just Qobuz tracks that are missing, I’d suggest going into Roon’s Settings → Services → Qobuz and then logout of Qobuz, reboot the Roon Core and then log back in again to Qobuz.

Failing that over to Roon’s @support team to check Roon’s logfiles.

Thanks. Did this and the Qobuz icon appears on some albums. No my library icons are appearing. 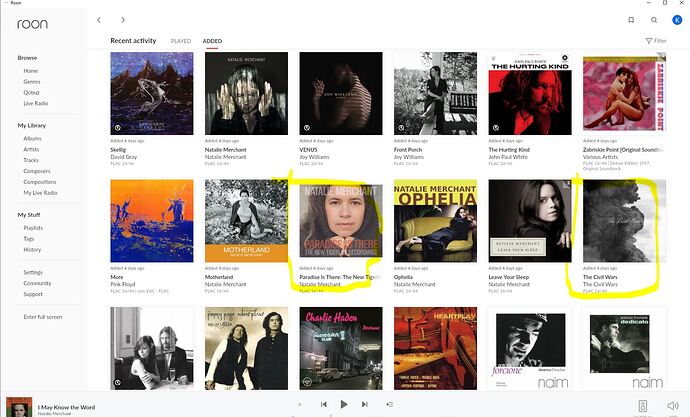 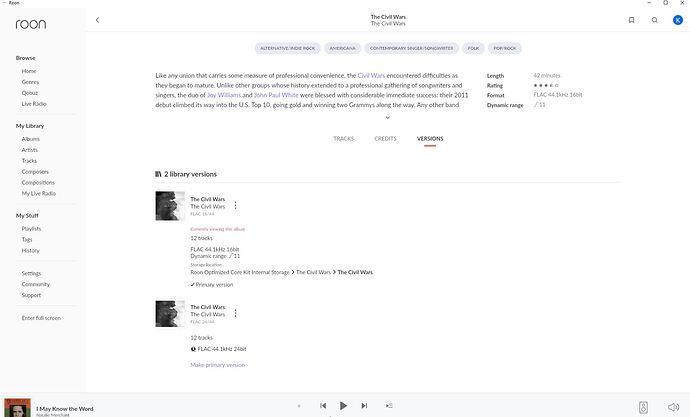 You have “The Civil Wars” album in your library twice:

If you make the Qobuz version primary, then the “Q” icon will be displayed.

If you wish to see all versions of library albums in the browser screen, I think you have to ungroup them … and have Roon set to display hidden tracks …

This is what I see for a local (set as primary) and Qobuz album that has not been not grouped together. 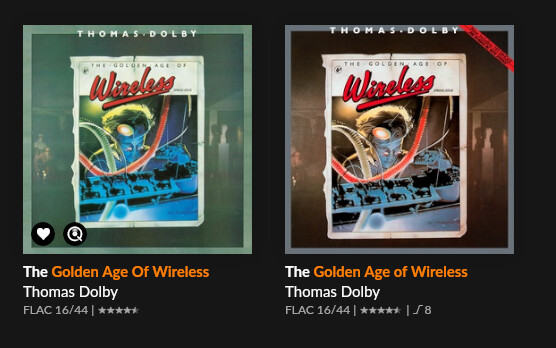 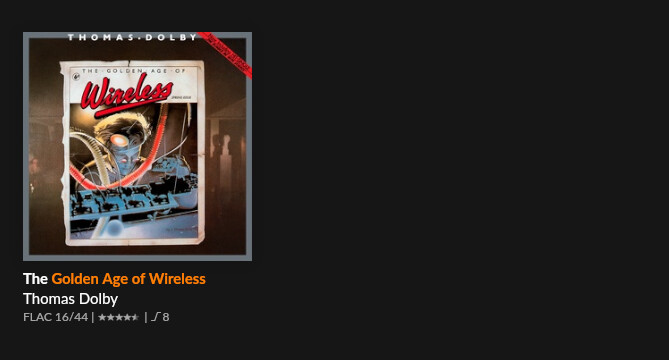 Until I did the new SSD install, where I had both a local copy and added a Qobuz item to my library, it showed both icons against the one album. Here is an album where I have both stated as in my library, but no icons show at all. I have not changed any settings but Roon is not acting in the same way now. 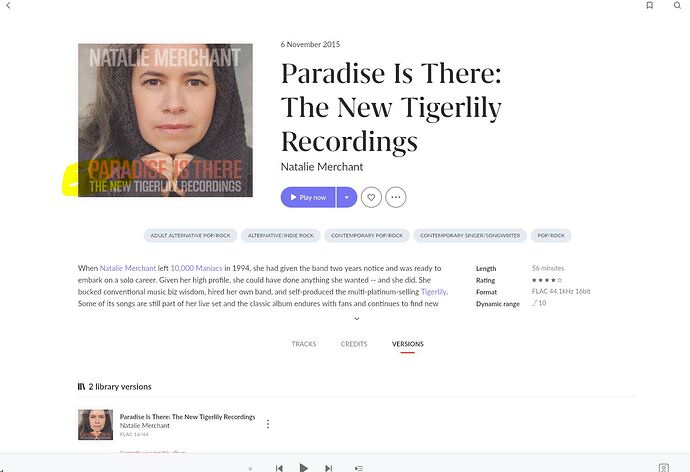 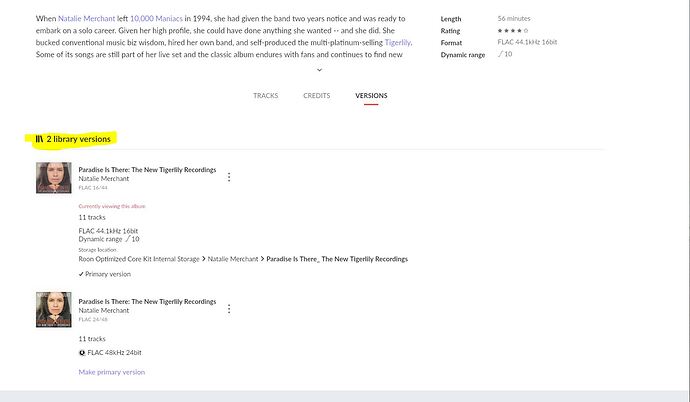 And, in the Album Browser, you won’t see the Library icon - because you are browsing your Library - so the icon is redundant in this view. 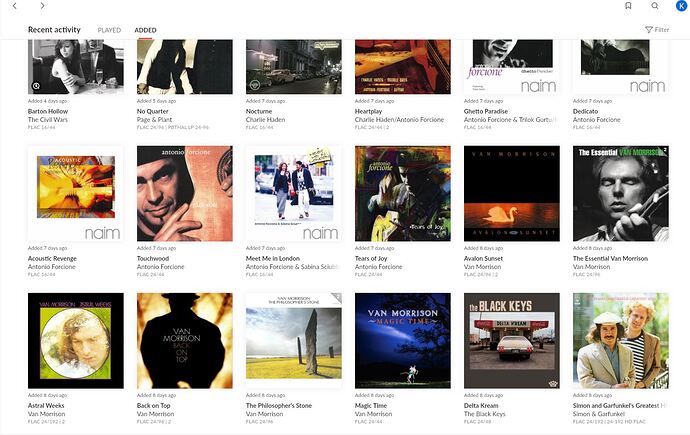 Some thumbnails have the Qobuz symbol, none have My Library symbol but are in my library when looked at individually. Many were in my library from Qobuz before and are no longer present. These were all present before and I don’t understand why they are missing now. 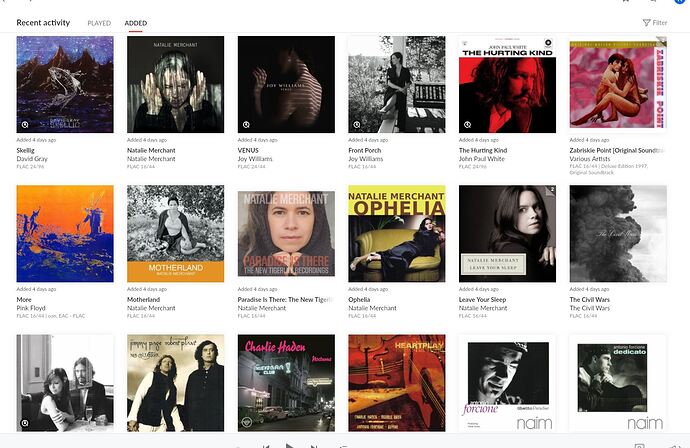 Kevin - your screenshots are taken from the expanded view of the “Recent Activity” panel on the Home page. Like the Album Browser, this view does not show the Library icon on the thumbnails, because it is looking at the contents of your Library. It will show the other icons (e.g. Qobuz, Live, Compilation, Favourite, etc. - depending on which you have turned on in the Settings > Customize album display panel). 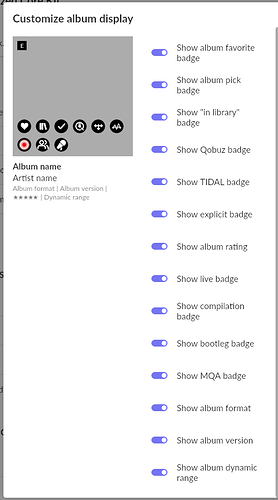 The library icon is used in the Discography view of an Artist or Composer. This view shows the complete discography, drawn from the contents of your library and Qobuz. Here, both the library and Qobuz icons are used to signify where an album is currently to be found. If you have an album that you have ripped from a CD that is not present in Qobuz, then only the Library icon will be shown. The more usual case for albums in your library is likely to be that the album is present in both places, so both icons will be shown. 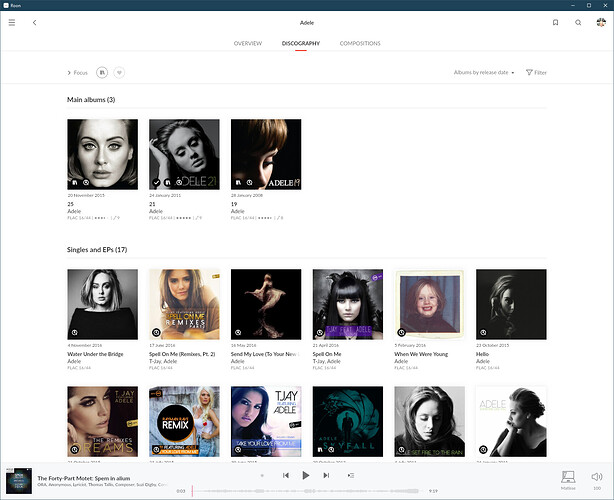 Now, your other issue is that you appear to be missing a lot of Qobuz albums from your Library. The first thing I would check is to see whether they are missing from the Favourite Albums list in My Qobuz (Roon > Qobuz > My Qobuz). 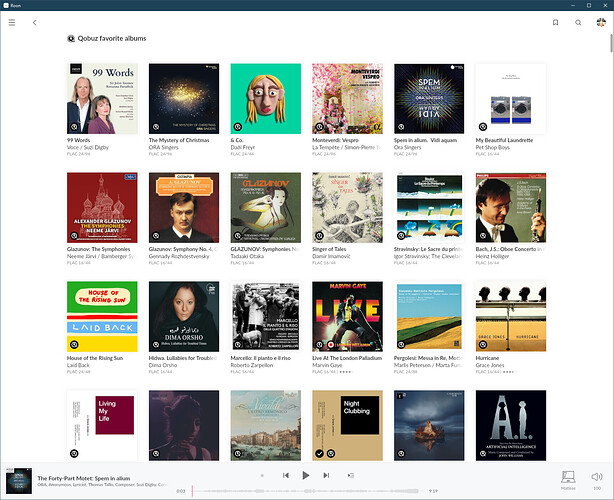 If they are all present and correct, then I suspect, like Carl, that they are also in your Library, but grouped as a version along with a local (ripped/downloaded) version of the same album, and the latter has been set as the Primary version (as is the case for the Paradise is There album in your screenshot).