This week-end I was looking for the soundtrack “La Reine des Neiges 2”, French version of “Frozen 2” (a major album for my daughters

I wasn’t able to find it with queries “La Reine des Neiges 2”, neither “Frozen 2” but succeeded with query “Frozen”, then choosing, under Version, the French one (see below). 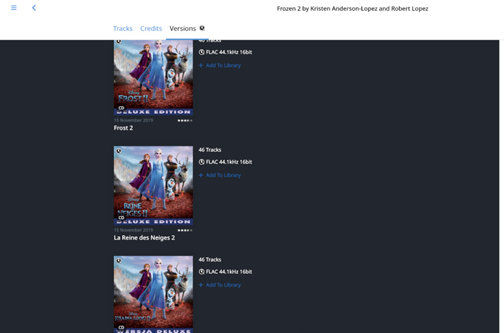 It is the French album but strangely here, the track titles are a mix of English and apparently Swedish . It is the same for the lyrics, some of them are in english and some others in Swedish. The performers names are also the English performers. Everything is fine if I use the Qobuz App directly. 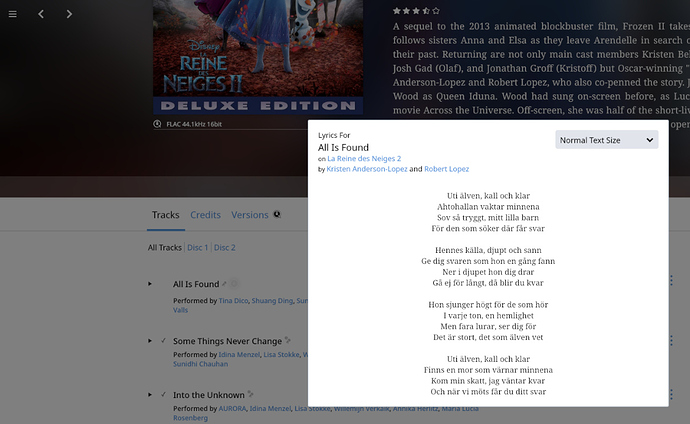 Is there something to do about these metadata?

We recently contacted our metadata provider about this and they’re looking into this. We’ll be sure to keep you updated when we receive more information from them.

Thanks!
I keep an eye on this.

In the meantime, I have identified another language issue (on lyrics only) for: “Vaiana - La Légende du Bout du Monde”
The tracks “Notre Terre” and “L’explorateur (Final)”, are in German instead of French (see below). 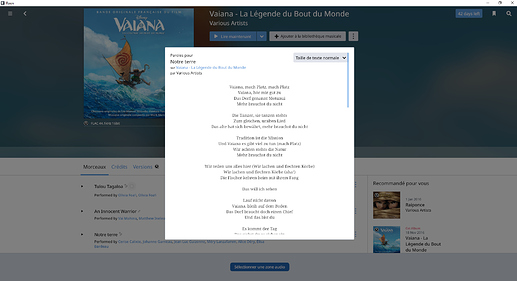 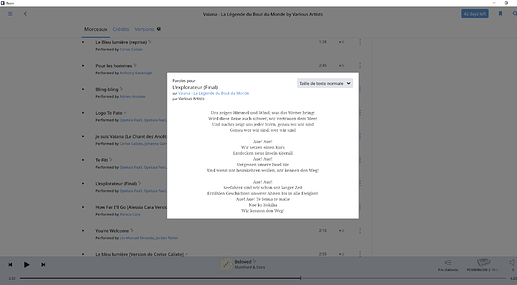 Any news on this topic?
I have just noticed that on All Music, a correct Track Listing was available:

If it can help…

We’ve been discussing this with our metadata providers and are hoping to have a solution to this time of issue in the future. I don’t have any specific updates or timelines I can provide just yet, but we appreciate the feedback!

One year later there seems to be no update - I have the same issue on tidal. Is there any hope that you are going to fix that? Basically all multi language releases are affected.

I checked with our team and confirmed that we still have a ticket in for this, and it’s something we hope to resolve in the future. It’s a bit of a complicated issue and so it’s hard to give specific timelines on this. We’ve definitely not forgotten about this, though!

Thanks again for your feedback, as well as for reaching out. I hope all is well!