I noticed this anomaly the other day: 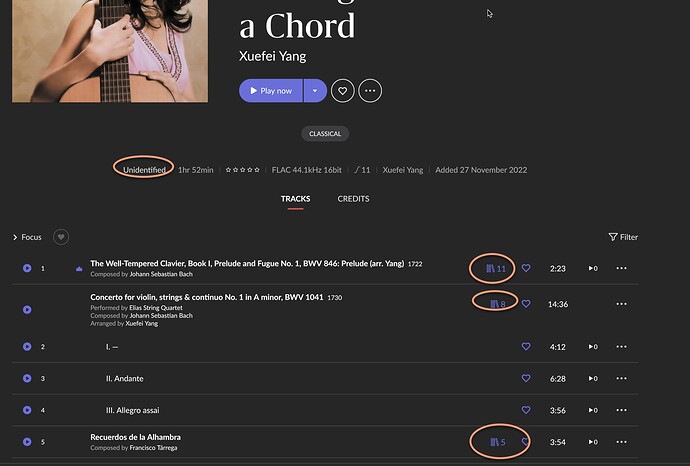 This (as yet) unidentified album (Strike a Chord), has all of its cuts recognized by Roon, with accurate counts of local performances. But no composition shows Qobuz counts. Click on the Local icon, and Qobuz performances are visible. All cuts have Qobuz performances (e.g. Well-Tempered Clavier has over 700).

Just wondering: why no icon? Is it because the album is unidentified? Thought I’d ask…

I have noticed this also, although I also have unidentified albums where the Qobuz counts do display.

Yep. Come to think of it, that was a rather lame hypothesis, but otherwise, I got nothing.

Roon comes into contact with two streaming devices, several OS’s, hundreds of network configurations, thousands of hardware components, and millions of tracks. Its a wonder we don’t see more anomalies.