Qobuz Playlists not syncing with roon

Qobuz Playlists are not updated. Albums added to playlists via Qobuz MacOS App don’t show up in roon. There are only some initially added albums shown in a playlist but they are not synced to roon.

If you go to the Qobuz section of Roon and refresh do these playlists additions sync over?

When were these changes made?

No, not even after restarting Roon.

A few days ago and maybe everyday.

Let’s take a look at some specific content that’s not syncing over. Can you share a screenshot of the playlist as it appears in Roon and the playlist in Qobuz so we can see some tracks that aren’t showing up?

Are these tracks available for streaming in Qobuz with a subscription or only with purchase?

here are screenshots of the last two albums of the playlist as well as the overview of all playlists.

All tracks in the “Check it out” playlist are available for streaming in Qobuz with a subscription. 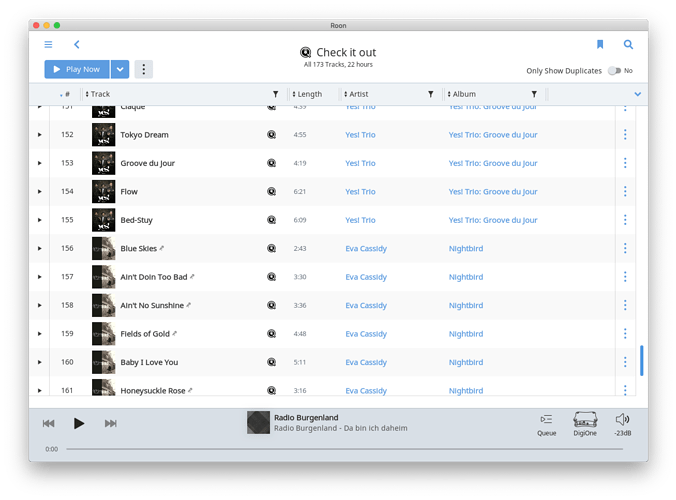 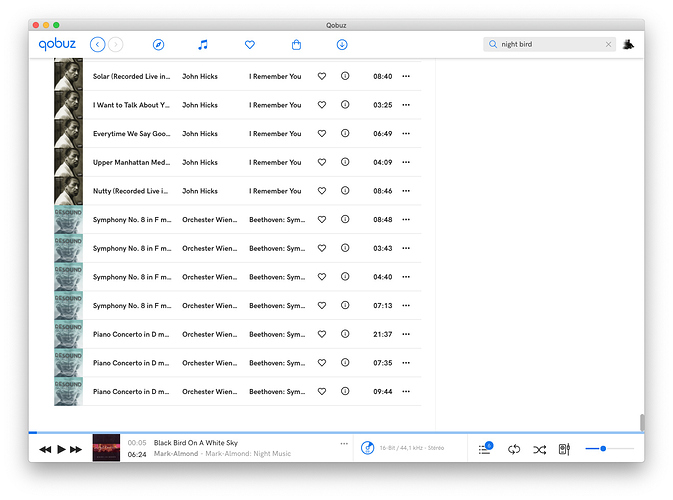 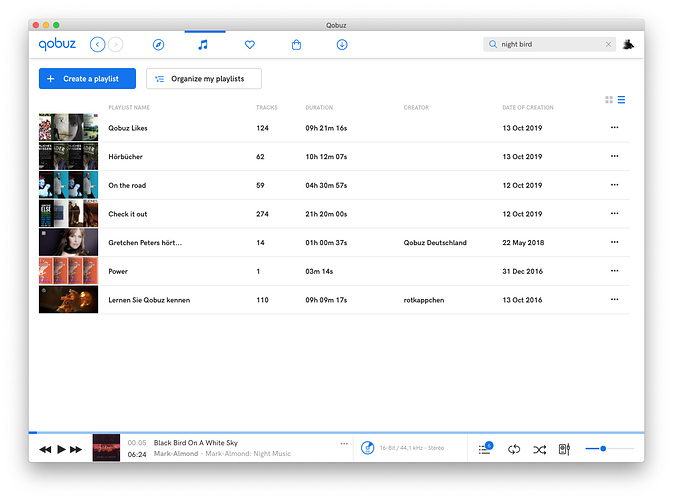 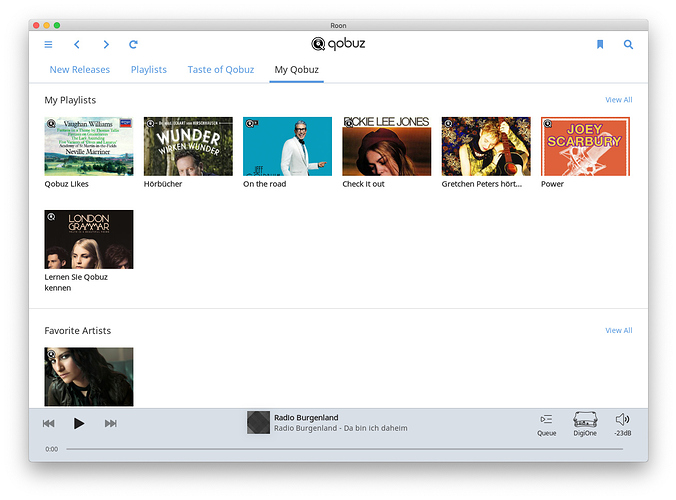 Is this a playlist that you created or a playlist you followed that was made by Qobuz / someone else?

How are you adding new tracks to this playlist? Directly in the Qobuz app? The web player?

Directly in the Qobuz App. Adding the whole album not individual tracks.

We can then enable diagnostics and take a look at what you’re experiencing here.

Doesn’t how up in Roon.

In the meantime, I’m hoping you can try the following:

Please log out of Qobuz in Roon and log back in — Is there any change after this?

Now I have all 346 tracks in Roon (though not in the right order and one albums’ tracks are split - last tracks, other albums, first tracks).

Also, added https://open.qobuz.com/album/dde5m7tmryfda in Qobuz App to playlist which only showed up in the App after restarting it. Not showing up in Roon.

Also, added https://open.qobuz.com/album/dde5m7tmryfda in Qobuz App to playlist which only showed up in the App after restarting it. Not showing up in Roon.

Was this after logging out and then back in that you added this?

If you make a completely new playlist as a test, does that sync over?

yes to both, @dylan

I created a playlist from an album. Perfectly showing up in Roon. But adding another album required a Qobuz App restart for it to show up. Still only the first album showing in Roon.

I’ll let you know once the team has analyzed the diagnostics report and will follow up with you with their feedback.

I spoke with the team about their investigation here and they’ve provided some feedback. There weren’t any obvious issues that they could see in the diagnostics report, so it looks like this may be stemming from the actual sync with Qobuz.

Can you confirm whether or not this occurs with all playlists? If you created a new playlists with just a few tracks does that sync over okay?

it seems working since the lastest Roon release.