Added some tracks, using Qobuz app, to one of my Qobuz’ playlist and in Roon…

Does this update if you click the refresh button on the [edit] Qobuz page?

and… no, it doesn’t (tried several times in this last couple of days) 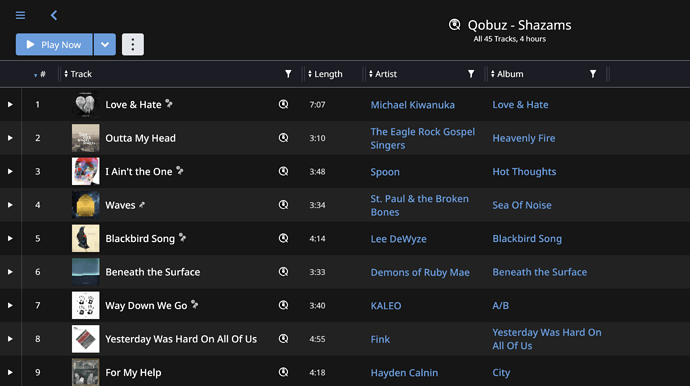 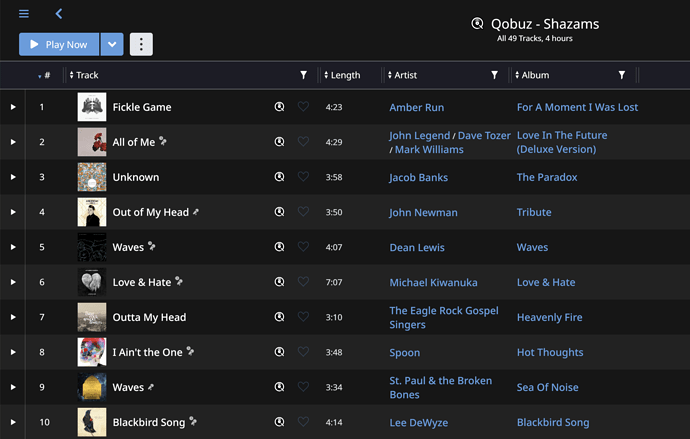 Let’s use Fickle Game by Amber Run as an example — If you create a new playlist with that same track in it, does it sync to Roon as expected?

I tried to add this track to a playlist and it worked okay for me, so I want to confirm:

then, at least this is what happened with that playlist, changes are synched in Roon/ Playlists only

12h (and many “refresh”) later… still nothing in “Playlists” but, as I wrote, here it is in “My Qobuz” (was there immediately after creating it):

Thanks for confirming that this is specific just to that one playlist. I’ll follow up with you via a PM for next steps.

Hi @pl_svn — Now that we’ve confirmed this is not an account specific issue and not an issue with this specific track, here’s what I’d like to try next:

Move the contents of the /Cache folder elsewhere, like your desktop

ROCK here so… Data/RoonServer/Cache and delete the original, right?

If you go to Settings > Services > Qobuz, what does it show as the last sync time?

Thanks for confirming the sync time.

Once I have that time we will enable diagnostics so the team can take a look.

@dylan just to say that, almost one month later, the (in)famous “Qobuz - Roon Synch Test” playlist is not showing yet in Roon Playlists

A post was split to a new topic: Trouble with Qobuz syncing