Qobuz playlists - only show duplicates toggle: no effect [Ticket In]

Hello. The ‘Only Show Duplicates’ toggle is available for Qobuz playlists (under Qobuz - Playlists and Qobuz - My Qobuz - My Playlists) but seems to have no effect. See two screenshots with toggle set to No and Yes respectively. I wouldn’t think this is expected behaviour? 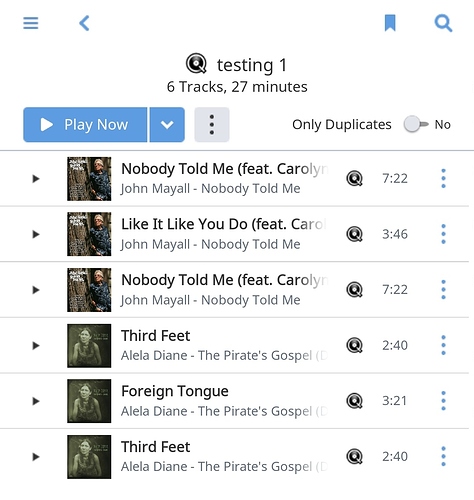 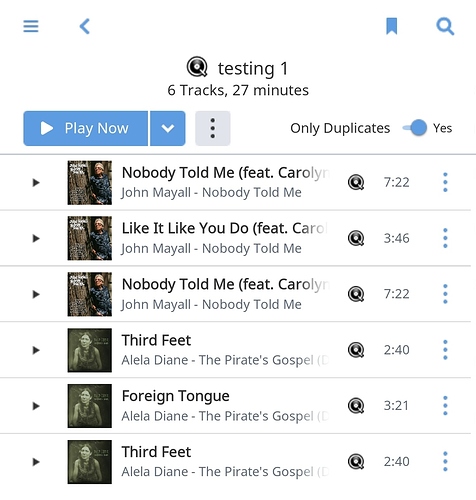 Thanks for the report, I am able to reproduce and I agree that this is strange behavior. I have asked QA to look into this matter further.