Having similar issue with Qobuz tracks I have in Roon created playlists. Tracks are available and play in Qobuz directly but say "unavailable " in my playlist. If I create a new playlist the tracks are available. Dont really want to re-create my playlists… especially without any tools to support doing so in Roon. I believe my issue began after latest Roon update I did in November.

"This track is not currently available in Qobuz" but albums/tracks play fine from Qobuz app, blueos
noris January 3, 2020, 3:22am #2

If you manually search for these tracks in Roon (not through the playlist), are you able to play them properly?

If I use the Qobuz app directly I can play music files no issues. Same albums when selected from Roon either do not play at all or only allow a few tracks to play. 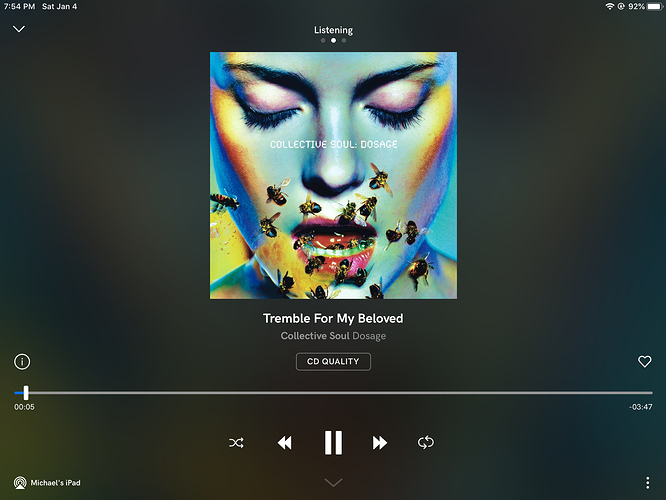 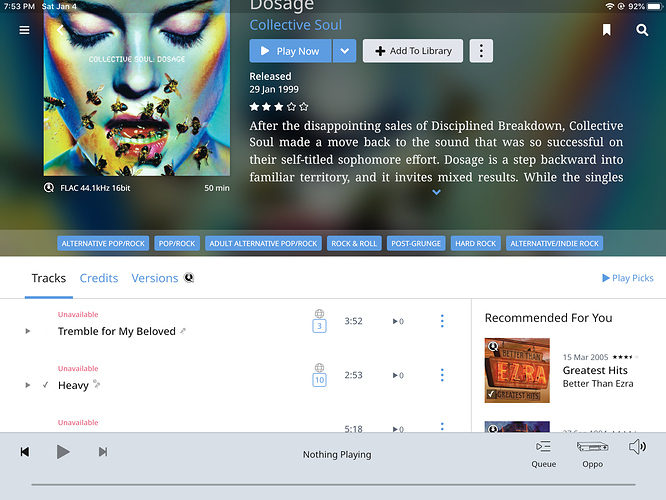 I just checked on my end as well and I’m also seeing this album listing unavailable tracks.

I’m seeing here that Qobuz has another 44.1/16bit version of this album released on February 9th which works as expected.

Let me discuss this issue with the metadata team and get back to you, it might take a bit of time for my request to reach their queue.

Apologies for the delay here! I met with the metadata team to discuss this and I do have some feedback about this.

Roon has two versions of this album from Qobuz — One is streamable and one is not. It is likely that the one that cannot be streamed is an older version that Qobuz had that was replaced by the newer version.

Based on the data we receive from Qobuz, this album should still be displayable in Roon even though it is not streamable. The Qobuz app, on the other hand, does not display this old album. The metadata team is working with Qobuz on a solution to this but I can’t provide any specific timelines at the moment.

For now, it is best to choose the version of this album that works and ignore the older version of the album which cannot be streamed.

If you have any questions please let us know!

Hi @dylan, Is there any update on this?

I am getting a lot of quobuz albums ‘unavailable’ that I added to my roon library. Sometimes it is entire albums, sometimes a few tracks.

In general I have been able to find alternative qobuz versions that are available. But then I loose things like play history and other edits.

I am seeing this same problem. Seems to show up on the songs I always want to listen to.