Qobuz unable to sync or play

Description Of Issue
Since a couple of days i am unable to play Qobuz-content on this particular Roon Core? It just says that “This track is unavailable from Qobuz” and tries a few songs.
Of course i have tried playing Qobuz material from both the app and from one of my other Roon Cores which if perfectly fine. I have also disabled the account, removed the account, restarted and shut down the malfunctioning Core. Tidal works on it without hesitation as well as playing anything from the local library.
I also noticed yesterday that i could not retrieve my Roon account information on this particular machine? Today after startup it seemed similar, but after a few minutes i was presented with the “Unauthorize” dialogue for my other Core, and then all was well with my Roon account.
Looking at my Qobuz settings i have no issues logging into my account, but the Roon Core seem unable to sync my library? 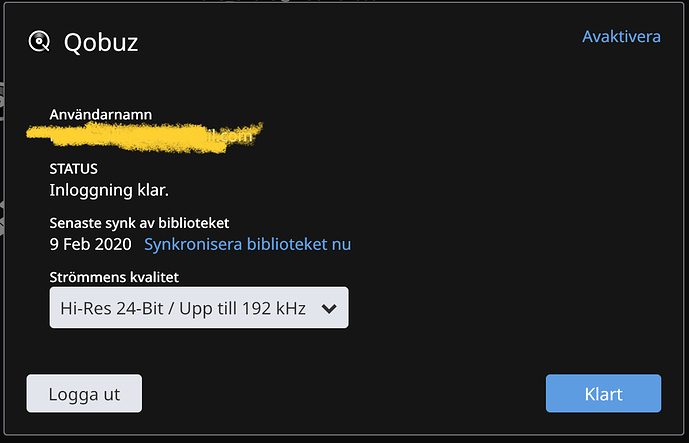 Result is the same for any Qobuz album/song…

Adding info:
I removed one of my latest Qobuz favorites from my account.
On this particular Core i searched for the artist and found the albums on both Qobuz and Tidal quite swiftly.
Tried to add one of them back on this particular Core, but no… ‘it’s taking longer than usual’…
Switched Core to one of my ROCK cans and performed the very same manouver there, no issues. Album added to lib within a second…
I still cant play the Qobuz content on the RoonUX Core (as i call it)

And, i have found a probable culprit…

For various reasons the NTPD management of DietPi is a nuisance, so I decided to set it to manual upon install a few weeks ago.
For some reason the date/time had skewed on this core when it was powered off for the weekend.
(I discovered this by accident, when I decided to make a backup of the library so I could reinstall without needing to spend several days reanalyzing and curating the library again. Through the console I was unable to update DietPi due to untrusted certs. Setting the NTP behavior to the default Boot+Daily solved this)
After a reboot with the Core set to correct Date/Time everything is fine and dandy!