I’m finding a number of Qobuz albums are not available in the “Versions” tab of the album, suggesting Qobuz doesn’t have them. However, the Qobuz versions ARE available from the artists page.

For example, no Qobuz in “Versions”… 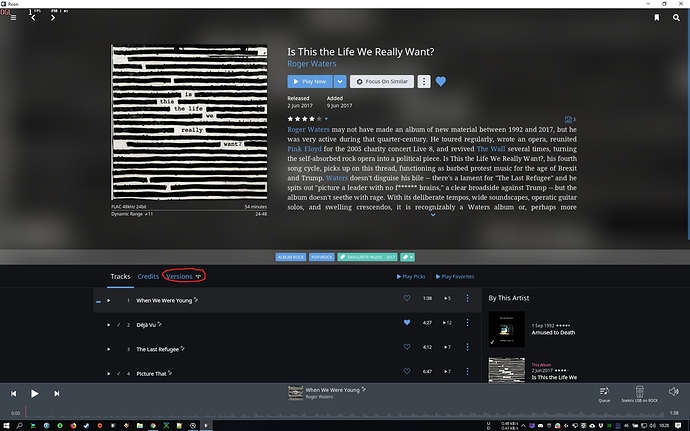 But from the artist page, there it is… 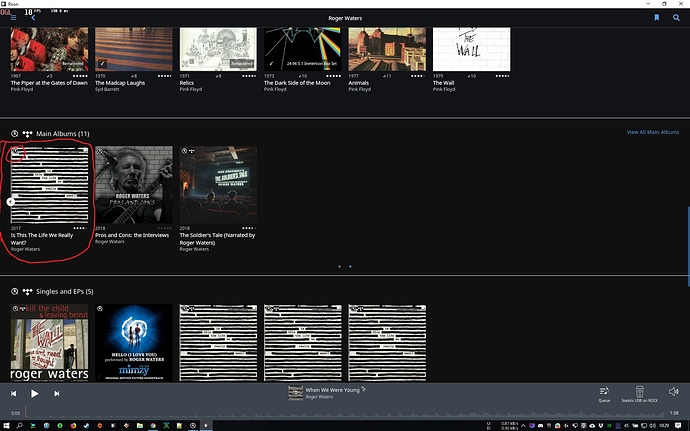 This is not an isolated case, I’ve found quite a few albums affected in the same way. FYI, I’m in the UK so this shouldn’t be a Qobuz beta issue. 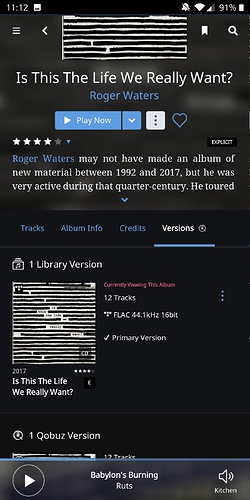 Hi Ged. Thanks for the input. The default version is definitely my library copy (I’ve had this album since it was released). Tbh, it looks like Roon is seeing the Qobuz copy as a different album to the local & Tidal version.

should take these shades off…

Thanks Joel. In case it helps, here are a few others that are showing the same issue: