one of the features i used most on LMS was a plugin called smartmix which used Echo Nest data to provide “more like this” mixes based on a track, album, or artist seed. Roon can create a mix based on a track seed (Radio) but in my experience the results have been to narrow, and seem to be based on Artist level genre info, and limited to just a few albums. some examples:

I have a large collection of what I have categorized as Rock: Americana: 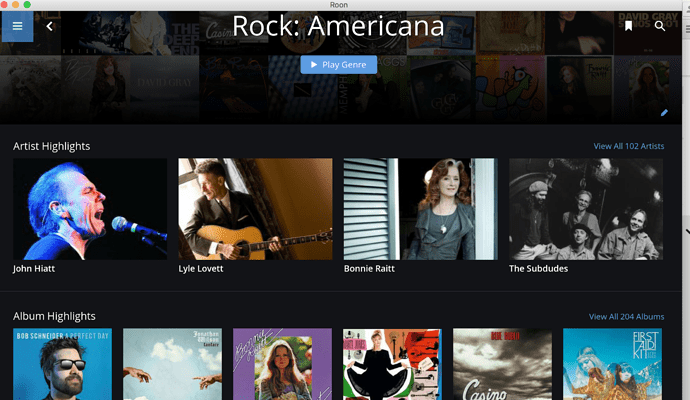 choosing one of those tracks as seed: Where Will I Be by Emmylou Harris from Wrecking Ball. The resulting mix was limited to albums by Graham Parsons, Rodney Crowell, Lucinda Williams, Lyle Lovett, and Roseanne Cash. each defensible in its own way, although wrecking ball came out long after Graham Parsons died, and his work is stylistically better related to her earlier stuff, but the personal connection makes sense, at least for a track or two. same with Rodney Crowell, but i didn’t really want to hear a whole album of his (don’t like him that much…)

A similar experience with a mix based on a track from Tom Jones’ Spirit in the Room. i got Tony Bennet, Frank Sinatra, Ella Fitzgerald, etc…but this album is nothing like those artists.

next I tried using Focus, with the album Bop Till You Drop by Ry Cooder. the initial focus was incredibly broad, and the first page contains artists that are nothing like Cooder (nearly all Classic Rock). 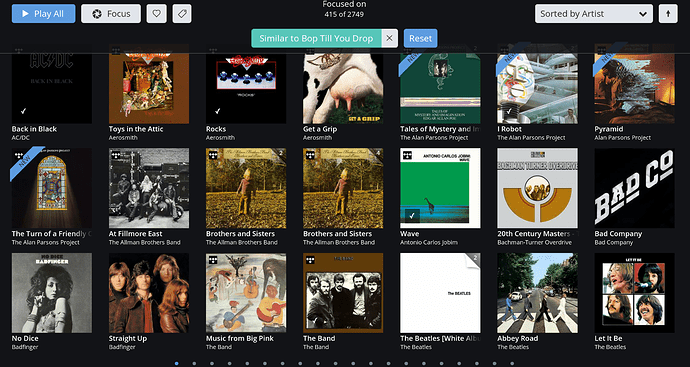 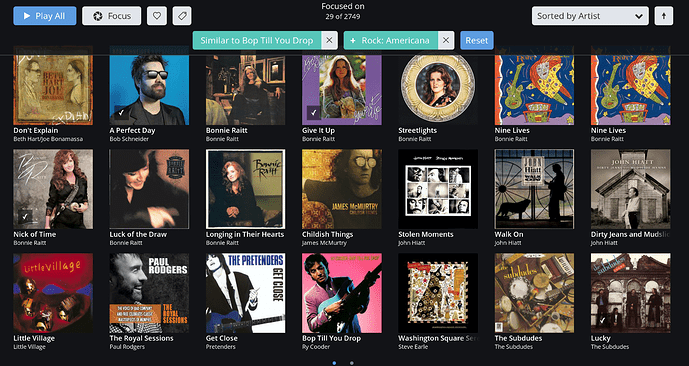 Clearly Artist Genre based, with some Artist “connection” data. but no track level data.

I’ve tried Discover, and generally like it better, but it’s more of a “surprise me” feature than “stuff i want to hear now”.

perhaps I’m missing a way to focus or refine further, but it seems to me roon could benefit from sonic style or mood type data at a_track_ level.

I agree. The next big update the Roon devs are working on is a meta data update. Once that is is released then I believe this discussion will get more focused, not to be punny.