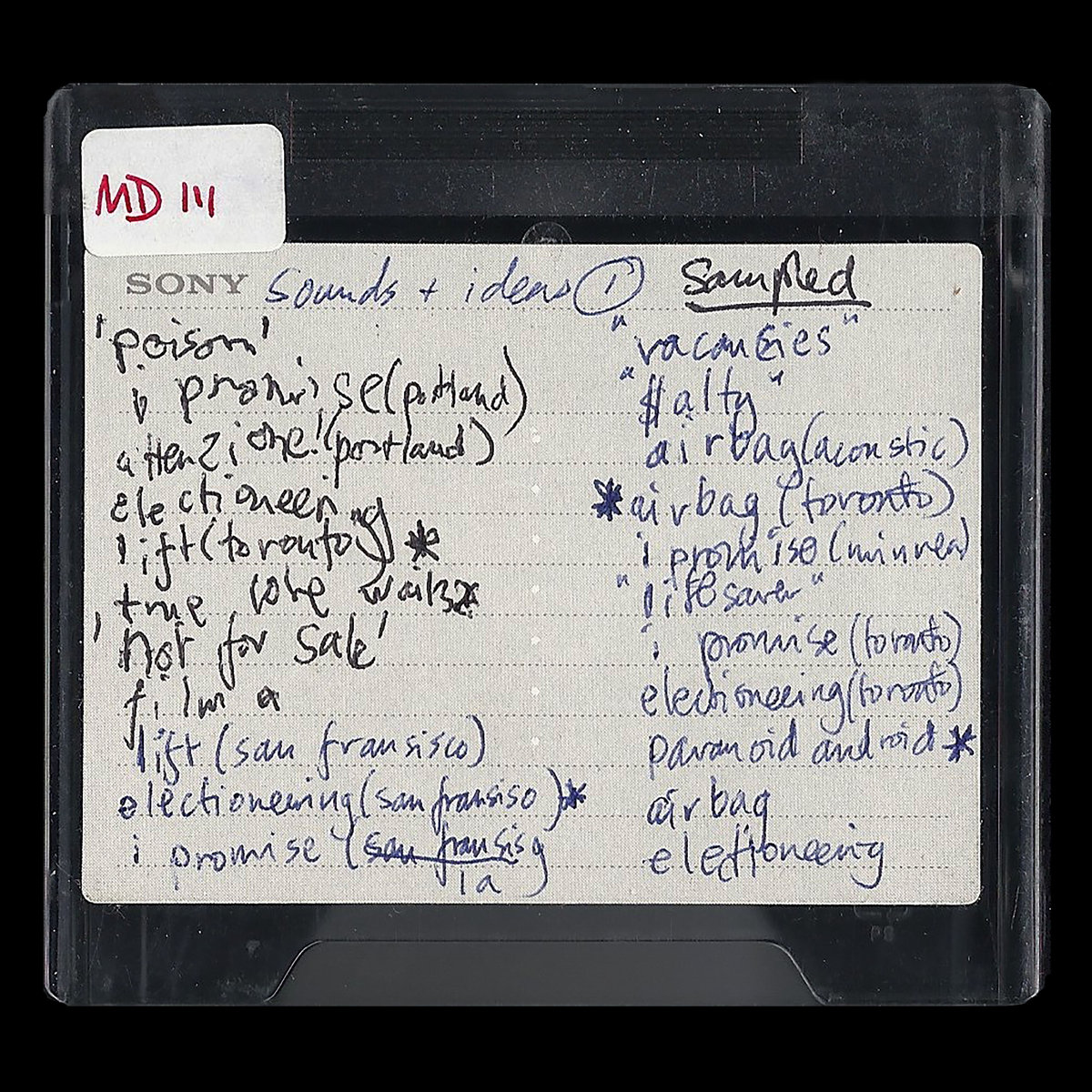 In news only tangentially interesting to most people and very interesting to Radiohead fans, the bands singer Thom Yorke had his archive of MiniDiscs stolen. The criminal(s) demanded £150,000 for the return of the archive or said it would be released...

All stolen music is now on: https://radiohead.bandcamp.com/

And an enterprising fan is making CueSheets for everyone’s convenience (it’ll be a few days before he’s completely done).

There’s also a Google Doc to help map your way around the archive, based on the original link (so timestamps may be a bit off), here again, it’s probably something that’ll get cleaned up in time.

Amazing that they recorded to minidisc. Pretty similar to recording directly to MP3! There was a time my minidisc collection was my pride and joy. Now it just sits there…my player won’t eject!

I don’t think they recorded “serious stuff” straight to minidisc - more likely, those are Yorke’s notebooks and scribbles. There’s rough mixes and stuff like that in there, so those would’ve had to have been downmixed for him to walk around with…

Makes sense. I forgot I had a portable MD player too. Seemed so ultra-modern at the time, now so clunky!

They still feel like they’re from the future… remember the minidisc memory recording machine from Strange Days ?

I don’t think I’ve seen that but now that I’ve looked it up I’ll have to watch it! Maybe there’s a new use for my minidiscs!

It’s loads of fun if you want a fix of mid 90’s nostalgia (and paranoia). (and the soundtrack is pretty damn good, too

They were great! I still have mine. You could re-order the tracks instantly, it was awesome!

I remember reading years ago that Thom Yorke had put all the OK Computer tracks on a minidisc and spent days shuffling them to find the perfect running order. Minidiscs were perfect for that

Will some form of metadata turn up in roon eventually for these, or will we need to do them ourselves?

There’s a guy who put out free .cue files. So you can use Foobar or other programs to split them with appropriate metadata.

There’s a guy who put out free .cue files. So you can use Foobar or other programs to split them with appropriate metadata.

And once that’s done, hopefully, it’ll be uploaded to MusicBrainz or another one of Roon’s metadata providers, and might eventually trickle back down.

The whole thing is a little bit of a mess right now, because you have two sets of releases (the official one and the stolen one), with significantly different timestamps: the pirated version has copyrighted material that Radiohead don’t have the rights to on it, so they obviously had to get rid of that before putting the official version up for sale. Then, because Radiohead didn’t do it, you probably have a number of people doing their own .cue sheets. The good news is that covers are handled in the Bandcamp release, and that the files are individually tagged with scans of the individual minidisks.

And once that’s done, hopefully, it’ll be uploaded to MusicBrainz or another one of Roon’s metadata providers, and might eventually trickle back down.

That’s what I’m hoping will happen, if it was a normal release it would, I can see that the way this happened if might take a few days to catch up. If not I’ll have to work out how to apply the cue sheet info as metadata, I’d rather not split the tracks.