I have been using a Raspberry Pi3B with a Hifiberry DAS+ PRO as a Roonbridge zone.

As I also have used J River Media Center in the past, I had purchassed an LH Labs Geek Out DAC 1v5 which I have used with PC it sounded great on my music dedicated system.

This morning I decided to try to use the geek out with the Raspberry Pi3B.

I powered down the PI plugged in the Geekout to the PI USB. Powered up and the Roon CORE, and Roon saw the Geekout connected to the PI, and could then playout all DSD format and PCM.

Sounds GREAT. So if anyone wants to have a realive inxepensive Roon Zone with PI with a better dac than the HIFIBERRY DAC Hat.

I tested it wireless, but the setup where it will be used will be connected wired.

The Roon audio setup for the Geek out also stated dsd only to 64. I dont think its a matter of the network type. It must be something related to the hardware itself, maybe not the geekout, but the Pi.

I tried again with the Geekout on RPI3B from Roon…

Here are some screen pics. 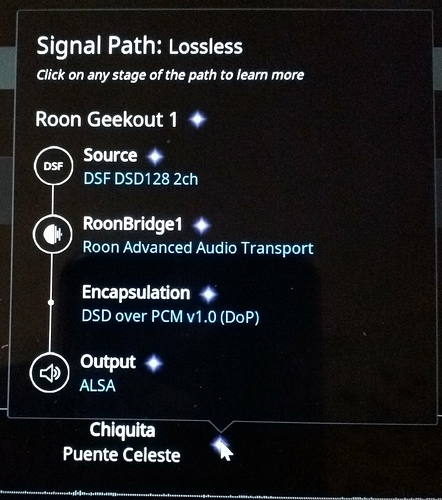 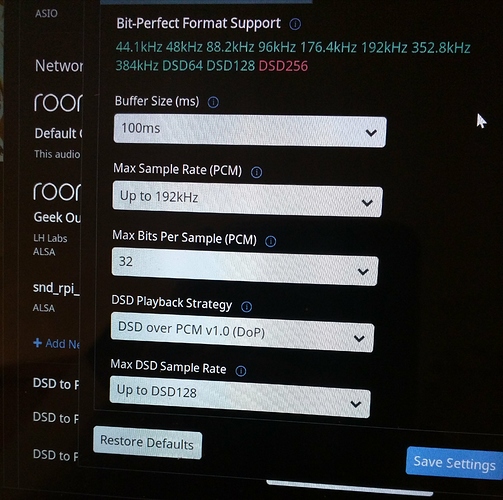 Notice that its being converted over PCM to 705.6KHz 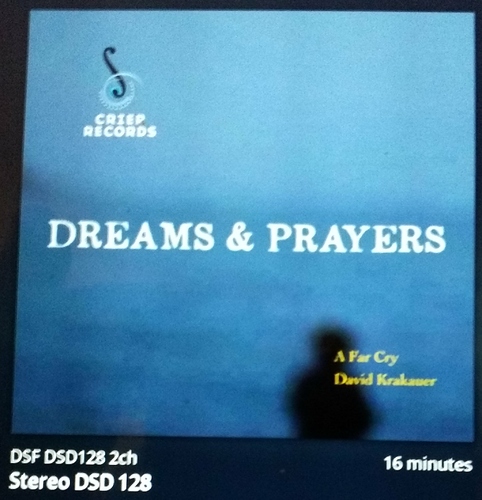 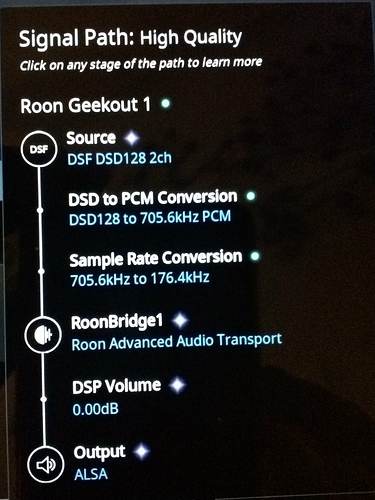 To have setup clear.

I just installed diet pi and roonbridge. Conected via ethernet the Geekout 450 connected usb is seen by Roon and can be setup 32/384 and dsd128…