Whilst I do tinker and DIY the RPI for me is just a simple and cheap way to achieve a goal, ie not to have to tie up a computer to drive my MDAC. It’s just a dumb headless endpoint for me to remote stream to, controlled by my iPad.

This is one area I don’t want to play with much, don’t want to learn Linux etc. As such This is one reason I would encourage you to release an image for the RPI. People can load it onto an sd card and go. This is what I did with volumio and I was up and running in about 20 minutes.

The other reason I would encourage you to release an image is that it will ensure people have a properly working / performing product. less variables and hopefully less problems for people and better reputation for Roon.

Point is, in my circumstance I require to stream to simple endpoints. I certainly don’t want to have to shell out hundreds of dollars for streamers that natively support roon (whenever they are going to arrive) just so I can use this software

Seconded and if it could use the HiFi Berry Digi+ natively it would be even better !!!

I abandoned after trying (unsuccessfully) with Squeezeplug - via USB into Chord Hugo - but just couldn’t get rid of those pops and crackles.
Volumio worked fine, but all I wanted it for was Qobuz streaming and that wasn’t an option with Volumio.

Some say its the USB bus being shared on the Pi that causes the pops and crackles, but Volumio seemed to have got it to work so it must be possible. I never bought the HifiBerry Digi+ in the end, but if that were required for Roon it would be OK too.

[thinking about it, scrap the Digi+ bit, I’d ideally need USB into my Devialet for integer mode etc.]

I would love to see a Roon Speakers for RPI but with the new touch display, too!

I’m using an RPI 2 with a Hifiberry isolated Digi+ board running Volumio—attached to a Devialet 800. It’s great because with an Edimax AC600 802.11ac adapter I can play DSD64 files that reside on my NAS via SPDIF (Devialet Air can’t do DSD over PCM).

There’s also now an official 7" touch display from raspberrypi.org, which, turns out, can be installed along with the HifiBerry cards. While I wouldn’t expect the RPI 2 to be able to render the complete Roon UI, it would be amazing to implement just the ‘now playing’ screen with some basic touch controls…

PS This is essentially what a Squeezebox Touch was. Amazing how far ahead of the curve the Slimdevices team were. At least from a hw perspective. Roon is light years ahead on the sw side…

Even now the Airplay Solution sounds ok with redbook files. 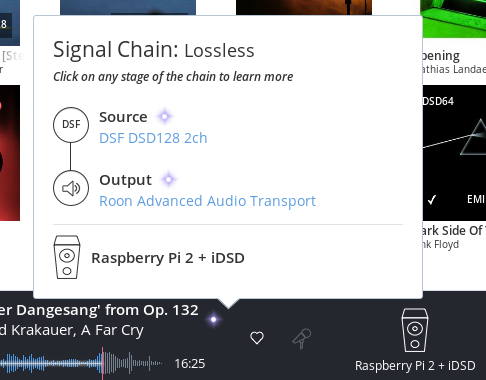 I’ve had the same setup driving my headphones all week. It’s not quite fully baked for release yet, but we’re getting close. 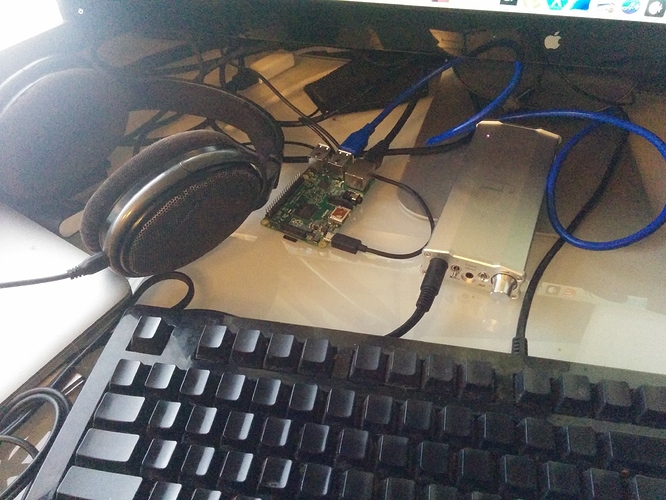 That’s RoonSpeakers running on the RPI?

Nice! Great to see progress in this area, can’t wait.

As for audio quality, try to connect the rpi over i2s to a dac…

Now that is exciting… Might just hold off the Aurender purchase for a bit longer.

I know what you mean, looking at my Aries somewhat askance.

I believe this means my Wandboards will become Roon endpoints with or without support for Squeezebox players.

I second Mark’s reMarks. Actually, the Rpi plus Digi+ board does sound in most fields far better than the same dacs (Chord QDB76 HDSD and Hugo) via USB on a Mac Mini using Audirvana 2 or JRiver 21 (and three others). Only the top high is just slightly more aggressive but I’m sure HifiBerry would love to further stabilize their already good clock at low cost. Even for people with high end systems the Rpi and Digi+ might form a nice second (third, fourth and fifth) playout point.

but we’re getting close.

Curious how close we’re getting

. Close enough to make it for the Holiday season

Here in the Netherlands Sinterklaas is the big event, on the evening of Dec 5th…

Was just checking out PiCorePlayer again as I was getting a RPI ready with a hifiberry digi+ board.
And found they now support the 7" touch screen and with jivelite create pretty much a logitech touch experience.

Curious what form the RPI support for Roon is getting and whether it will support features like PiCorePlayer has. I.e. run fully in memory so there are no card corruptions wehn you pull the power.

For starters Roon supporting squeelite will go a long way (as that allows me to use picoreplayer as the front end), but will be interesting to switch to a roon protocol, assuming some feature set is in place alongside.

Squeezelite works just like a regular hardware based Squeezebox.

Indeed, I am expecting it to work just fine.

It does, it’s been tested along with the SB family.