I think I posted this query in the wrong support area a few days ago:

Ever since the release of software version 1.7, I had a long standing Roon Radio metadata problem that was finally resolved in a Roon software release (not sure of the build number) in mid June. I reported that it had been resolved on June 19, and the support threads I had raised were closed by Roon Support.

Unfortunately, following installation of the recent build 610 within the past week or so, the problem has returned and so after 9 or so weeks of working absolutely perfectly, the metadata issues are back exactly as they were pre mid June of this year.

There are two problems that have returned with Build 610:

It appears that the original bug has been reinstated as part of build 610.

Can you resolve this problem which I had thought had been permanently resolved prior to the release of build 610? It is really annoying, because I use Roon Radio a lot in order to identify new albums/artists for my library. Roon Radio does still play music perfectly ok with no buffering issues whatsoever, but it is almost impossible for me to identify and add albums I like to my library when no metadata is displayed.

I first raised the thread about the “missing metadata” in Nov 19, 2019, and the thread for the issue with “error loading page” on Dec 1, 2019. These have both been closed by Roon Support following my posts on June 19 to inform Roon Support that they had been resolved. 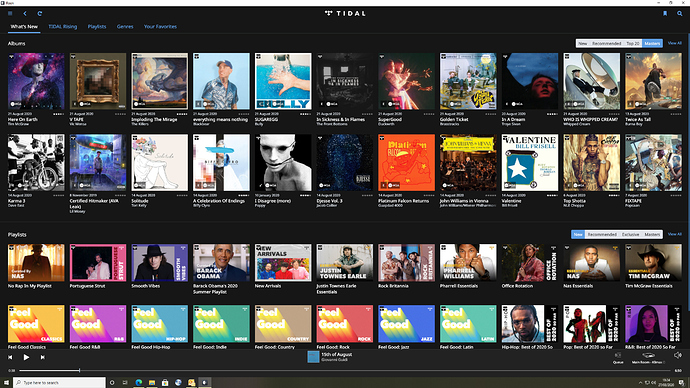 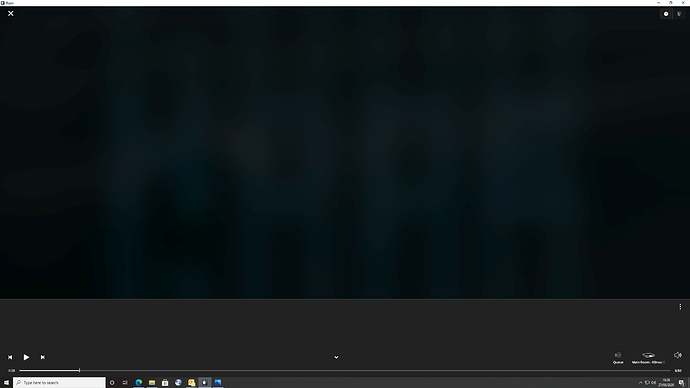 The second page shows the blank screen that appears when I try to display the metadata associated with the album.

Another example of partial metadata being displayed (around 18:51 UK time): 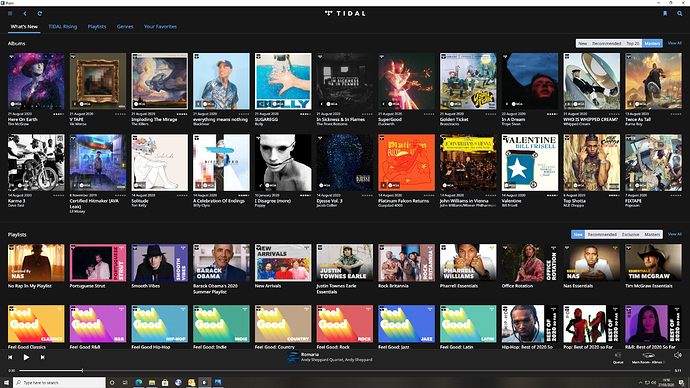 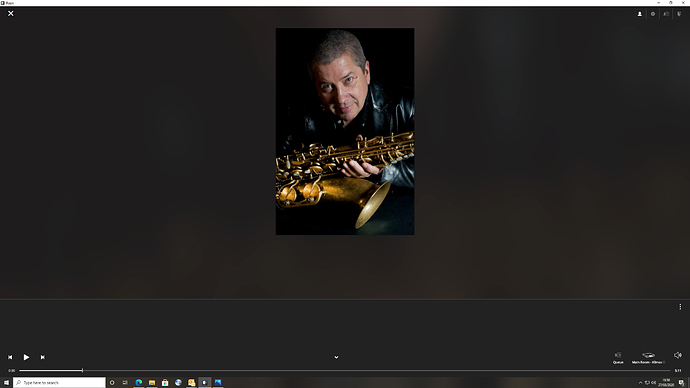 I posted many similar screenshots in my previous (now closed) thread.

I’ll just throw this out there, in a previous thread I just read, a different problem’s fix was to ensure all devices are at the same release as core, go check Settings > About, make sure they match

I have just checked and confirmed that my Windows 10 Roon control software is the same release as my Roon core (both Version 1.7, build 610). Thanks for the suggestion though.

Does the album art issue occur on both your Roon Control devices (Windows 10 and iOS)?

O well, it was a thought, sorry.

Does the album art issue occur on both your Roon Control devices (Windows 10 and iOS)?

It did affect both control points last time round, but I will check my IOS (iPad Air) control point to make sure this is still the case & will report back.

I normally use Windows 10 with my main system based in my study (Linn Klimax DS/1), and IOS with my other systems (Sonore microRendu/Mytek Brooklyn+, Chromecast Audio/Marantz NA7004 and Naim Muso Qb). I normally use Roon Radio on my main (Windows 10) system, but I’ll check out IOS as well.

Roon Labs certainly did tweak the graphics in this last release, so it’s worth checking to see if there has been a regression on iOS as well.

With regard to your Windows 10, what are your current resolution and scaling settings? If you change your scaling setting, does this have any effect on the issue?

Initially, I thought that the problem had gone, because metadata for the first 4 or 5 tracks selected by Roon Radio on both systems was all there. However, at this point the problem occurred on a track playing on my IOS Roon control point system. The Roon Radio ‘details’ page for the following track was completely blank:

Shortly afterwards the problem occurred again on both IOS and Windows 10 control apps. This time, in each case the background photo was there, but no artist, album details or album art:

Can’t remember which of these was on Windows 10 and which on IOS.

I did search for each of these tracks/albums on Roon/Tidal (outside of Roon Radio) and confirmed that the appropriate album/artist metadata information is all available.

So - yes! The problem occurs for me on both Windows 10 and IOS. It does not happen for every track/album selected by Roon Radio, and the frequency of problems varies from day to day. At worst, it occurs on every 2nd or 3rd track selected and played by Roon.

Just checked again a couple of hours later, and , and the track that is currently displayed as selected by Roon Radio on my Windows 10 Roon app with only a background photo - no album or artist data.

And the next track (“Sultan” by Little North) displays no metadata whatsoever, so the problem is ongoing.

Hello @hmack, next time the issue occurs, can you reply here with a timestamp of when it occurred along with the track in question? I’d like to enable diagnostics for your account and get a report to our team for further analysis. Also, please let me know if you reproduce the issue on your PC or the iOS device.

In answer to your question, the problem occurs with Roon control points on both my Windows 10 PC and IOS (iPad Air).

I have just started a Roon Radio session, beginning on this occasion with Walter Trout at around 08:50 (AM) - UK Time. Here are the results from the first 4 selections chosen by Roon Radio:

I have screenshots of each one of the above, but here is one example: 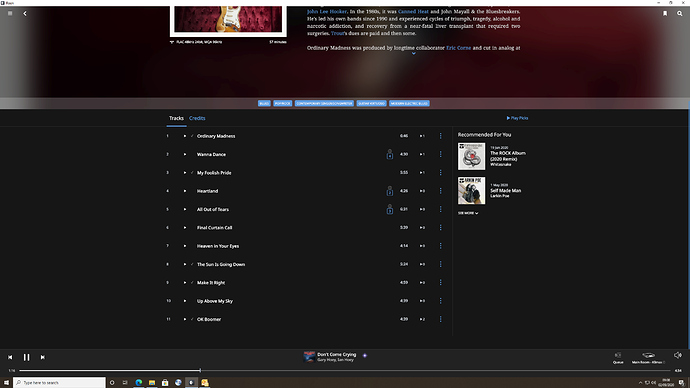 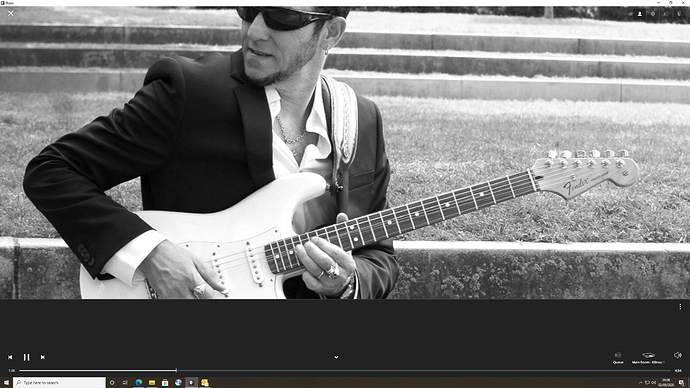 Just to add some further context, I reported this issue in 2 threads when the problem first started immediately after the release of software version 1.7. The fault remained for many months up until a build release in mid June when it appeared to be fully resolved. I then had 9 weeks of no issues with Roon Radio metadata up until the recent release of build 610 when the problem immediately returned.

In the previous thread, I was advised to change my DNS servers (to Google DNS). This is specifically prohibited by my ISP provider, and although I do have admin access to the router (Sky Q) provided by my ISP, the option to switch DNS is removed.

I am very sceptical about DNS servers being the issue for two reasons:

I’d be grateful for any suggestions.

Any development in respect of this issue of mine?

Is metadata (in particular, album artwork and other artist/album metadata including artwork) for albums located in my Roon Library stored locally (I have a NUC running Roon Rock) or does it have to be constantly retrieved each time that album is selected?

The reason for this question is that I have a longstanding open problem registered with Roon Support about intermittent issues with album/artist data not being displayed when using Roon Radio. However, today I noticed that this problem also occurs (less frequently) when playing tracks from a playlist (where all tracks are located from albums registered in my local Roon library).

The only advice I have received with respect to my artwork issues is to try a different DNS server - something that I cannot do with my specific ISP. Is album/artist metadata (relating to my local Roon Library) held locally or externally?

A further inconsistency (from my perspective) is that I have absolutely no problems whatsoever with artist/album metadata in other Roon functions. I have never encountered any missing artist/album/artwork metadata when displaying the contents of my Roon Library, or directly playing an album present in my library - only when using Roon Radio, and now when using playlists. Incidentally, I never (and I mean never) encounter any drop-outs when playing music whether that be from my local library, or when using Roon Radio or Roon playlists.

Can you possibly explain why this might be the case?

The help center within the knowledge base clearly shows the database location, read metadata, to be local to the core.

But Roon constantly phones home during use and seems especially finicky, so any minuscule disturbances with internet access might cause glitches as you describe.

I did use a wireless connection to my core in the very beginning and had all kinds of strange glitches, although Netflix and Amazon Prime streamed without issue, as well as network tools telling me nothing but good news.
I finally ran an ethernet cable to it and all is well since!

Are you using your provider’s hardware and just can’t change DNS servers in it’s limited web interface, or have you confirmed alternate DNS servers as not working?
I’m saying this, as my ISP’s box doesn’t allow for these settings either, but using a router of my own chioce connected to it does, so maybe you could try such a solution as well.

Hope, you’ll get your problem solved sooner than later, as I can sympathize with your irritation.

But Roon constantly phones home during use and seems especially finicky, so any minuscule disturbances with internet access might cause glitches as you describe.

Roon works just fine without internet for a local library and its metadata which is stored locally. There were threads about how long you could go without internet, before phoning home for activation. It is several weeks, not sure exactly how many. For Tidal, Quboz or the radio, then yes internet is needed.

Roon works just fine without internet for a local library and its metadata which is stored locally.

Are you saying that metadata for albums I place from Tidal via Roon into my Roon music library is not stored locally to me, and has to be retrieved from an external source each time I access the album, despite the fact that the albums are in my personal Roon music library?

I’m still confused as to why some functionality within Roon (such as display all albums) seems to be able to access this metadata perfectly well every time, whereas Roon Radio in particular often is not able to do so.

By the way, this has not always been the case for me. It is made more irritating because the problem first occurred for me after Roon Release 1.7, was resolved for a lengthy period of time and then re-appeared after yet another software release.

Roon Radio had worked flawlessly for at least a year or thereabouts prior to the release of Roon version 1.7.

… Are you saying that metadata … from Tidal … is not stored locally …

Metadata from all items in your library, may they be local or from streaming sources, are stored locally.

Metadata from all items in your library, may they be local or from streaming sources, are stored locally.

If this is the case then why is it that many occurrences of Roon Radio missing artwork or artist/album metadata occur for me when playing tracks from albums that are definitely in my personal Roon music library.

If metadata for all albums in my Roon music library are definitely stored locally, then surely the specific DNS server that I happen to be using should not matter because the internet and my access to it is not relevant for these particular albums/tracks?