Not a big deal, but puzzling behavior. Any insights? Anyone else ever see this?

Just happened again, got a couple of screen shots this time.

Only 2 versions of the album, Qobuz and Tidal. The Qobuz version is in my library, but the (+) to add to the library is visible. 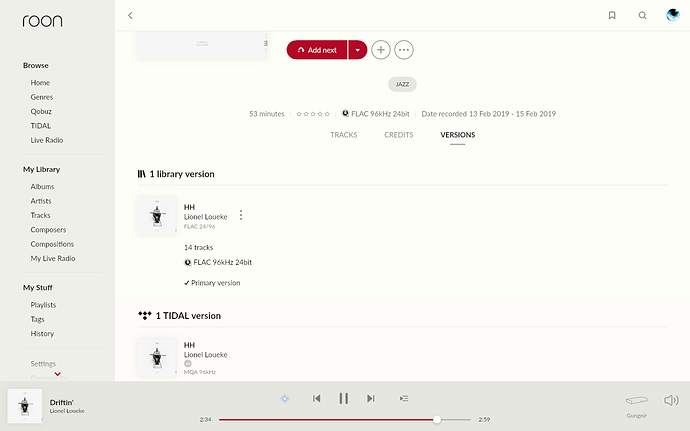 Track 2 is playing, but there’s no ‘playing now’ indicator on this version of the album. 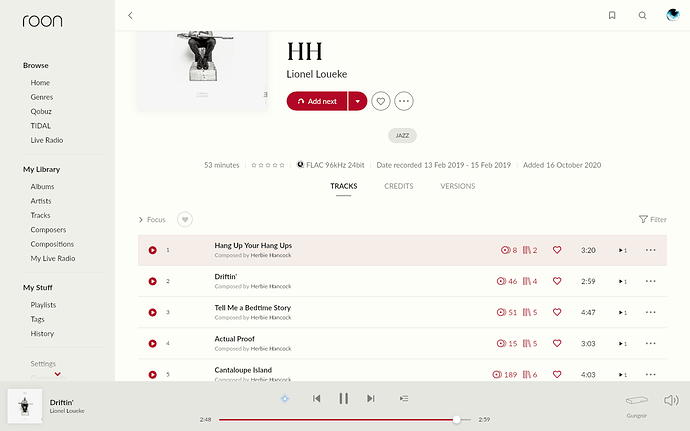