I notice some albums have (Remastered) in the song title. This stops it being linked to other versions in your library.
Renaming the Track title to remove the (Remastered) designation and adding the composer fixes this. 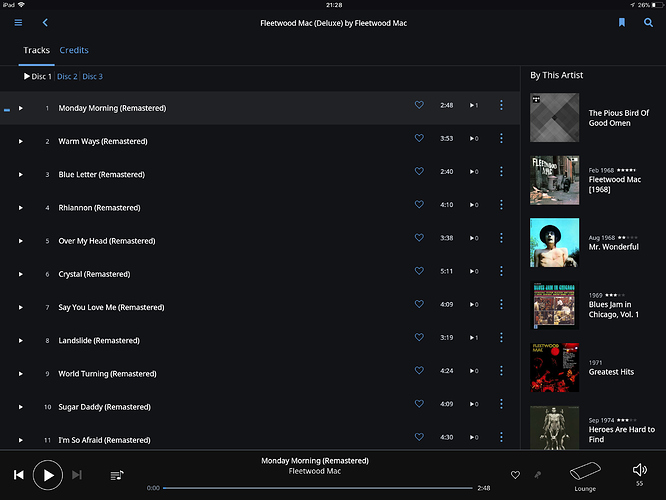 The next screenshot is one I have fixed by removing the (Guest artist Name) and adding composers. Guest artists added to credits. 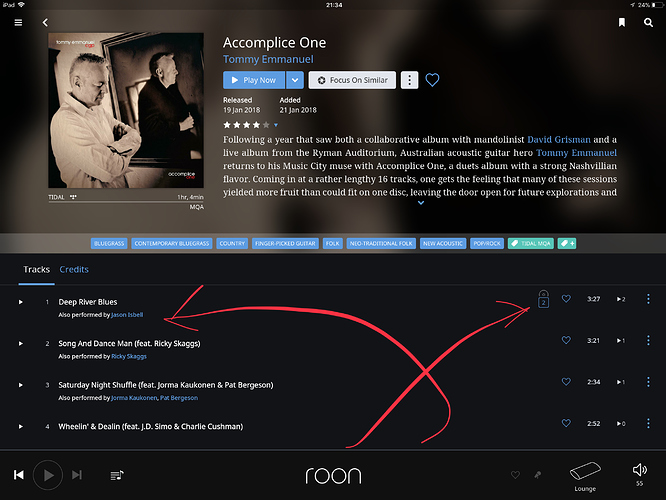 Clearly this is a lot of work, any ideas on the future here.

This is odd Chris as I can’t find those track titles in our metadata! Is this a TIDAL album? If so, please can you provide me a TIDAL link?

Yes, this is the new MQA Fleetwood Mac self titled album (Deluxe edition) from Tidal Masters. The second album in the screenshot, on which I have edited some tracks is also in Tidal Masters. ‘Accomplice One’ from Tommy Emmanuel.

It’s possible that the metadata will update in a couple of days. I will double check the album though.

Okay, so what has happened is: