Remote connections suddenly nolonger able to connect. What else to check?

Hi, Roon has more or less been running fine these last couple of days.

This evening after playing for hours suddenly neither IPad nor wired (Ethernet LAN) connected laptop can nolonger remotely connect to the central application, networks are fine restarted apps/application a few times.

On the central system nothing seems a miss, networked fine and connecting to the NAA and NAS fine. I’ve restarted the central application, no change. I’ve yes/no/yes’ed the appect remote toggle… If restarted the whole system (the central instance is running on), still no remote connections possible

Short of getting wireshark up and running to check the network traffic, what else can I check?

Hopefully a night sleep will fix it…

Any chance there’s a firewall involved? Can you let us know a little more about the system that’s running the Roon Core?

Hi Mike, As you might have realised I’m just starting to learn to use your product.

To answer your question, there are firewalls involved (obviously ;-)), but they are not blocking this (please believe me I know). As I wrote earlier, one minute I’m playing music the next the discribed, occured.

As I hoped, I’ve just switched it all on again, and a night sleep has fixed it (half, IPad connects/ Laptop is still not connecting). I’m sorry to knock you baby, but I’ll put this down to a bug.

Just my free/two cents of feedback. I’m an experienced entreprise level IP&Data and systems implementation engineer and not bad at what I do. I obviously deal with a lot of “applications”. In my opinion there is still some optimisation at the Roon network control plain. I hope you guys will spend the time to dial this part in to bring it up to the standard of some of the other Roon features.

The vitals like CPU/Memory/nr. process/network on the central instance look fine, The Mac Mini is: I5 2,5Ghz 4 core processor, 64Bit, 4Gb Ram, windows 7 Ultimate up to the latest patch level, and up to date drivers. (as I explained, I do this for a living too…) 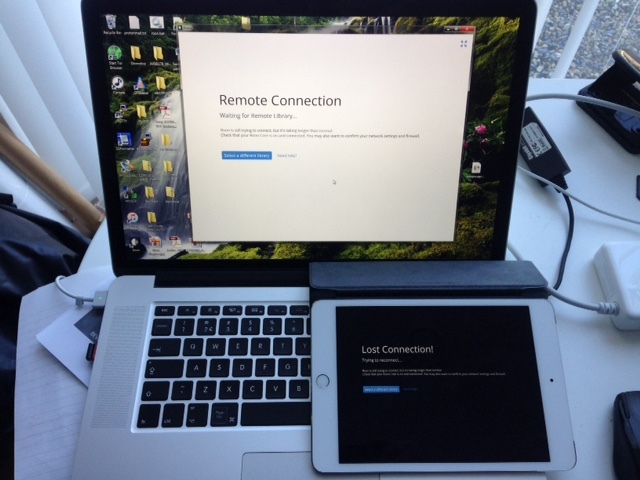 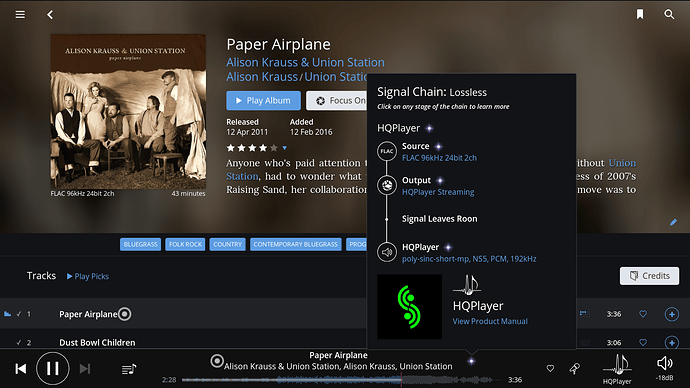 Solved the Mac book pro remote connection, by uninstalling (including: settings and DB) and reinstalling software. IPad is working intermittendly.