Request for alias Minneapolis Symphony Orchestra for the Minnesota Orchestra 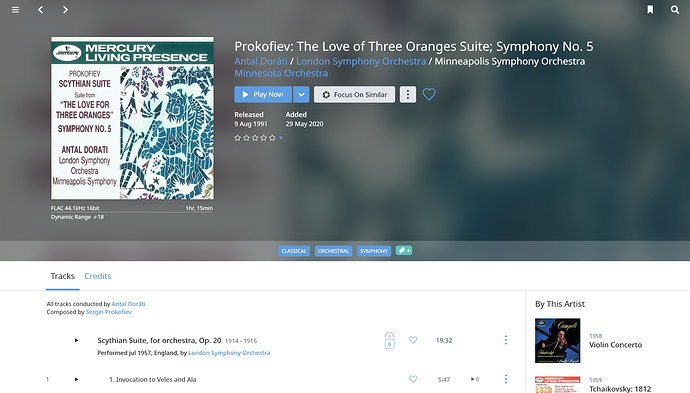 image1907×1088 409 KB
the first ten tracks are played by the London Symphony Orchestra but this album also contains Prokofievs Fifth Symphony on tracks 11-14:

image1434×452 31.7 KB
and these are played by the Minneapolis Symphony Orchestra.
Roon has identified this album and shows the orchestra on the last four tracks to be the Minnesota Orchestra.

I would however like to keep the original, older name of the orchestra in such cases and still have them be linked to the Minnesota Orchestra Artist Page. I understand that I as a mere user can’t effectuate this, so I hereby turn in an official request for an alias called Minneapolis Symphony Orchestra that leads all clickable instances of this name to the Minnesota Orchestra Artist Page: 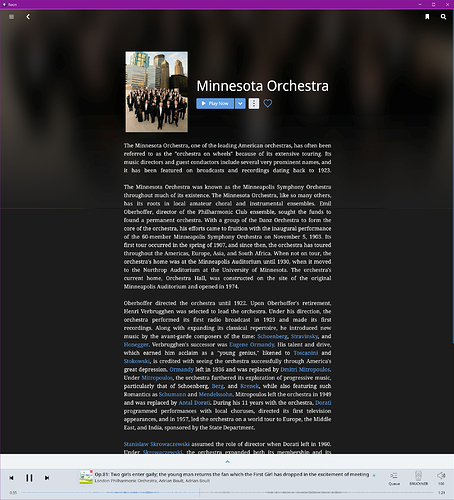 image1920×2110 839 KB
I do realise that an alias is in effect already but it does not work out the way it should. It should not rename the older name of the orchestra to the new name in the album page, but simply make it so that under “Symphony No. 5 in B flat major, Op. 100 1944” it would read “Performed nov 1959, United States, by Minneapolis Symphony Orchestra”, instead of “Performed nov 1959, United States, by Minnesota Orchestra” as it does now.
I have tagged in the correct, older name of the orchestra, 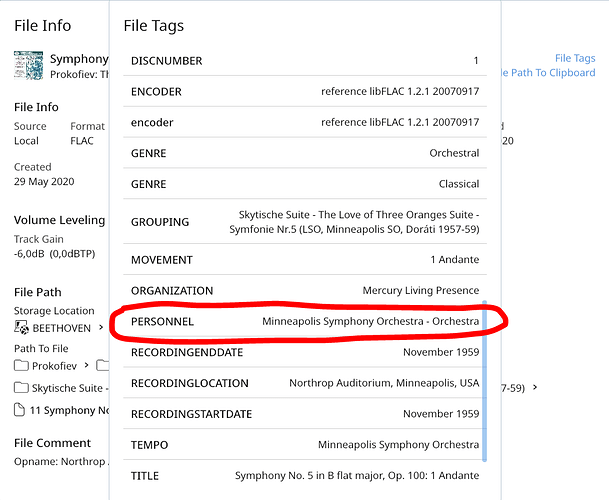 image1047×859 110 KB
but this information is apparently overruled by Roon: 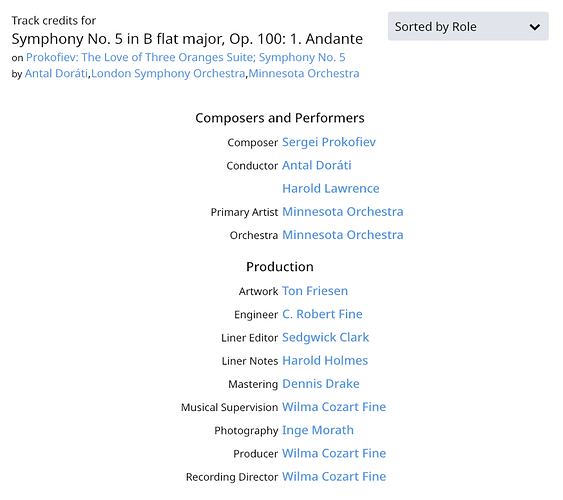 Since this is no uncommon thing, especially with Classical ensembles which can exist over decades or centuries, Roon should be able to track artist name changes over time, automatically recognize those when they occur and provide the artist name according to the actual time of performance - at least if metadata providers offer respective information.

So it’s not so much an issue with one particular ensemble, more like a missing capability to make sense out of available data. Some may want to call it a Feature Request; I’m not sure if it’s one …

PS: Admittedly, sometimes it may be debatable if a change in name is in reality the incorporation of a new ensemble - but the linking capabilities of Roon sure will be able to make sense of this, too. One day.

Another example of this issue:
The Mariinsky Orchestra name that has replaced the Kirov Orchestra. There is no seperate Kirov Orchestra page. This does not do justice to the fact that this orchestra carried the name Kirov Orchestra under the communist regime. And so a whole piece of history goes out the window if I have to retag all instances of the Kirov to the Mariinsky thereby losing the inherent time period information embedded in the Kirov name. Pity!