Review is for the wrong album

The review for The Cranberries album “Everybody Else Is Doing It, So Why Can’t We?” is actually a review for their “To The Faithful Departed” album: 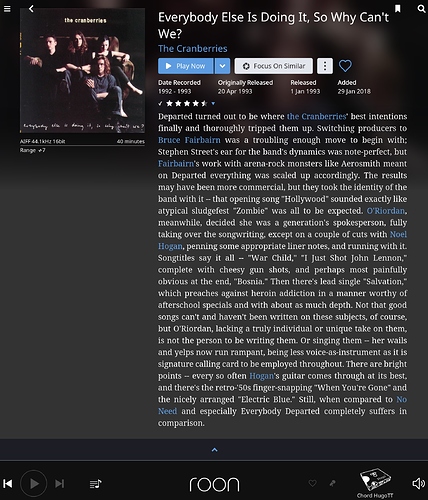 I’m moving this to “Metadata Issues” — I think it’s more likely to get the attention it deserves there.

It has been reported before. Actions had been taken but somehow the fix still hasn’t made it.

D[image] The review seems to be for their third album, not their wonderful first one. SJB

Strange. I’ve reported it to Rovi.

This appears to be fixed now 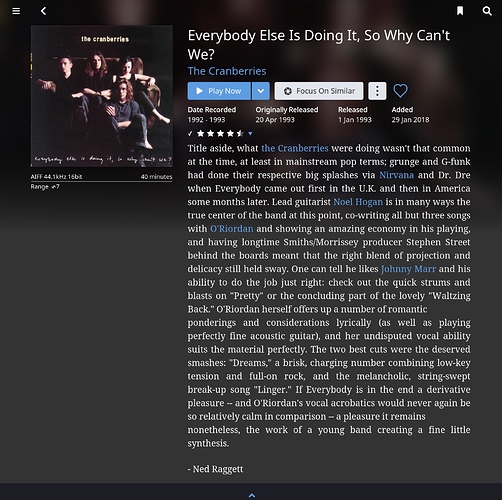