Are here any ROCK and Lampi DAC users?

I can’t get any Sound out of my GG through ROCK (with Win10 everything works perfectly)
The GG is recognized by ROCK and it looks like it’s playing fine but no Sound.

Also I can only get up to DSD128 dop, no native DSD up to DSD512 like under Windows…

What is your experience?

Yours is my experience with my DAC. Full functionality under Windows but 128 over DOP only with ROCK. Plus Intial play and sample rate changes gives me a crack using stable versions of Linux. The fixes are still not rolled out to stable versions of most Linux kernels but my presumption is they will be.

@support
What could be the reason for this behavior under ROCK?

It is a limitation of any stable version of Linux right now. It will be addressed, but it will take time I presume.

It is a limitation of any stable version of Linux right now. It will be addressed, but it will take time I presume.

But I read, that the MicroRendu, which is also Linux based can accept DSD512 and feed it to appropriate DACs as the Lampis…

Yes it can, but that is using patches from versions of Linux still in testing or beta. You may also be able to do it with a Raspberry Pi running a patched Kernel such as DietPi.

You may also be able to do it with a Raspberry Pi running a patched Kernel such as DietPi.

In fact I do have raspberry pi3 but I plan to have ropiee on it.
Do you know if ropiee can pass on native DSD?

It can to those USB DAC manufacturers that have put their product forward for patching on Linux builds. There is a list on the Ropiee website, I can’t remember specifically if the Lampi is on the list. I know my AudioByte isn’t.

I saw very very far down the the Amanero combo368 is on the list and that is the USB chip used in the Lampi DACs.

And if little ropiee can implement this, the mighty ROCK should be able to do it 10 times…

Fire it up and see if it works. If it does you are sorted!

I’ve used the amanero 384 on my Vinshine and IIRC it supported only DSD128 on Ropieee but not the higher DSD256 and not Native either I think, where as the ASIO on Windoze was good for DSD256. Internally the Vinshine is a Soekris R2R DAC

Crap.
I have a nice i7 ROCK machine and can’t use it to full capabilities of my wonderful Lampi DAC

In addition to the requirement that the Linux kernel needs to recognize the Amanero USB module for Native DSD, you may also likely need a firmware upgrade for the Amanero from LampizatOr.

[quote=“wklie, post:13, topic:30446, full:true”]
In addition to the requirement that the Linux kernel needs to recognize the Amanero USB module for Native DSD, you may also likely need a firmware upgrade for the Amanero from LampizatOr. [/quote]

@support
Will roon patch ROCK as soon as a stable version is available?

It has always been upgradable. The trick is identifying which version is good enough for your setup - read this and scroll to the bottom. Again I recommend you consult with LampizatOr about this before attempting any upgrade: 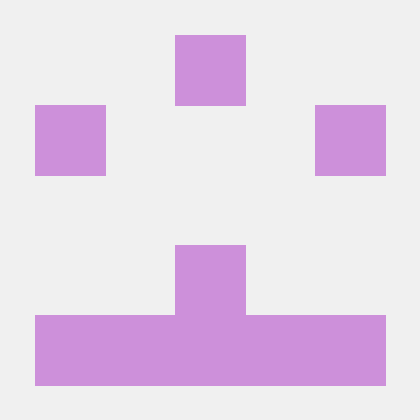 ROCK already has the Amanero patches from xmos-native-dsd. I believe that we are up to date as of the current state of the project.

This is the Amanero portion of the patch:

My guess is–your device’s USB IDs don’t exactly match the ones the patch is looking for. That is, VID 16d0 PID 071a, or (possibly) that the bcdDevice value isn’t 0x199 or 0x19b. It’s worth confirming that, since at least it gives an explanation.

Just a chipset match generally isn’t enough–we have several Amanero based products here. Some work, some don’t. I have a Lampi Euphoria here, too, and I’m pretty sure I’ve never seen it do Native DSD on Linux (but also not sure which USB chipset it uses).

How can I read out the USB IDs?
I tried ROCK with my Golden Gate and with my friends Golden Atlantic. On both only DSD128 dop max, no native DSD at all…

They’re in your Roon logs. You can find it in \\ROCK\Data\RAATServer\Logs\RAATServer_log.txt.

In the first hundred lines or so, there should be stuff like this:

Can I read this out, also from roon core under Windows?
I think I will be able to manage that easier than from ROCK as I am unburdened from any knowledge about Linux at all

Type \\ROCK\Data\RAATServer\Logs\RAATServer_log.txt into the location bar in windows explorer and it should open the file in notepad–no linux stuff required.

The line breaks will be screwed up, but search for usb_id and you should find it.

You can do the same thing with Windows Core, too, except the file will be in c:\Users\USERNAME\AppData\Local\RAATServer\Logs\RAATServer_log.txt