Chris, as Enrico_Castagnetti mentioned the USB-C ports should provide you the HDMI. I haven’t tried it myself as my Lenovo is mounted in the network closet in my basement away in my audio equipment. But as you can see Roon is showing some HDMI options. You will need use trail and error to get the correct one working. No guarantees but it appears it is possible.

That’s correct. Also worth mentioning that DP version is 1.4 so you also get HDMI out of it with up to 32 audio channels and HDMI 2.0b (HDR).

You see 5 x HDMI outs because each USB-C 3.2 supports up to 2 displays and you have 2 x USB-C 3.2 ports in the M90n plus the DP port which add another HDMI out that’s a total of 5 displays.

BTW, when you are installing ROCK, does ROCK ask you in which SSD you want to do the installation? I ask because my plan is to put a 250GB WD Blue M.2 SSD in bay 2 of the M90n and keep the original 512GB drive with Windows 10 Pro. That way I would have a Windows 10 PC or a ROCK. I know I need to change the BIOS settings if I want to boot on Windows 10 but at least it’s easier to do than exchanging SSDs every time I want to do it. The M90n is already on the way and the WD SSD too.

I don’t recall but suspect the ROCK installer would ask as some people use a second internal drive for music storage. Another approach, you could just remove the original drive while you do the install, then stick it back in and you should be able to control the boot order via the BIOS.

Thanks Tarun, that was exactly what I wanted to know.

Hi, I just installed ROCK on a Dell Optiplex 9020 USFF (Ultra Small Form Factor) - Intel Core i5-4570 plus 8GB of RAM. I noticed these things going quite cheap and paid around A$240 for mine on eBay - that’s around US$200. I removed the HDD and installed a spare 500GB SSD I had. I used it as a Windows 10 Media Server for a while, but wasn’t using it that much so took the decision to try ROCK. It was pretty straightforward to install ROCK and it has been working like a charm for the past couple of weeks. The Optiplex won’t win any beauty prizes, and I have mine in a small cupboard which houses an alarm panel and a network switch. It’s out of sight, pretty much out of mind, and it simply works.
This is what I did to setup ROCK: the first thing to do if you have a Windows licence is to take a disk image. This will make roll back easier if things don’t work out for whatever reason

Windows 10 helps you out with that. I can’t remember exactly what BIOS settings I used in the Dell but I disabled anything that looked like it might put the thing in standby or sleep. That meant digging around the BIOS settings for a while, and changing 2 or 3 settings from the default. It took me all of 10 minutes to configure the BIOS, which included time for a mug of tea. ROCK was then installed as per the instructions for the NUC, booting through a USB image. That was pretty much it, no drama or glitches at all. I hooked it into my network and 10 minutes later I had Roon up and running. My music files are on a 4TB USB drive, and I use Opera as a browser to access the new Roon Core.
My guess is that ROCK is really a very stable piece of software, and whilst it is intended to work on NUC devices, it may be more tolerant of other devices than is suggested, or maybe I just got lucky, but if someone is looking for a cheap entry to Roon ROCK a 2nd hand Dell Optiplex USFF should work a treat.

This will be fun.

Hi Enrico,
yes I will report back. I am also a Mac guy and intend to use the M90n with ROCK. This should be significantly more efficient compared to Roon server on Win 10.
Let#s see…

Hi Enrico,
today my M90N arrived. I opened the case and removed the 500GB Drive and replaced it with a fast 250GB NVRM M.2 drive using PCIE x4 which is supported in slot 0. Using the brilliant instructions from Tarun I was able to configure the M90N in one minute to accept the USB stick with the ROCK image.
The installation worked flawlessly.

Then I shut down the M90N and added back the original 500 GB drive in slot 1 and restarted the device. I was now able to connect to ROCK via the web-ui to add the codecs and format the 500GB drive to be used for music.

I have two remarks to Taruns instructions.

I can verify this on monday when the cable is delivered. So far I am really happy with the device. Kudos to Tarun and all who posted in this thread

Got yesterday my M90n and set it up immediately. My DS1019+ used to run pretty well but I decided to take my Roon Core out of it and moved it to a dedicated Lenovo ThinkCentre M90n. After 24 hours running the Core in the M90n I can really see the improvements. Surfing over TIDAL is now super fast. I would say 3 times faster as it was with the Synology NAS. To be honest, I was surprised how good the DS1019+ was performing as Roon Core as I have 4 cameras recording 24x7 with Surveillance Station + 2 x Mac on Time Machine + Plex Server + Music Storage. The M90n is running Windows RoonServer but I’m planning on installing ROCK on the second M.2 250GB SSD which is already installed. Only need to change BIOS and flash the SSD drive. But for now Windows RoonServer is working really well.

Thanks guys for posting your M90n recommendations. It’s really a beautiful and powerful piece of equipment. Can’t believe there is so munch power in such a small box… 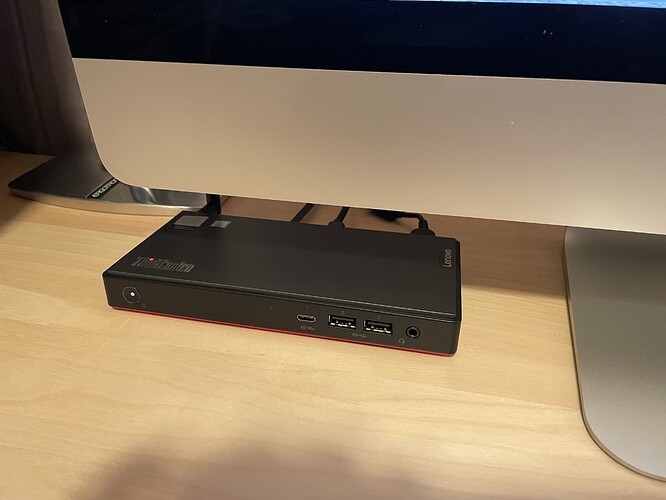 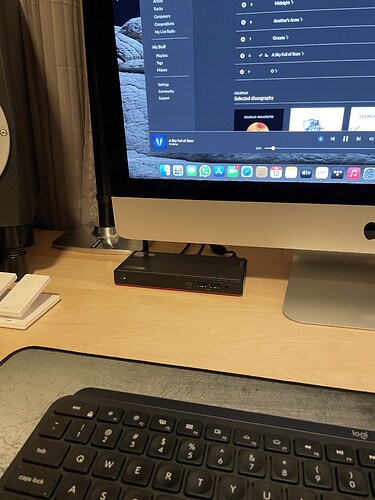 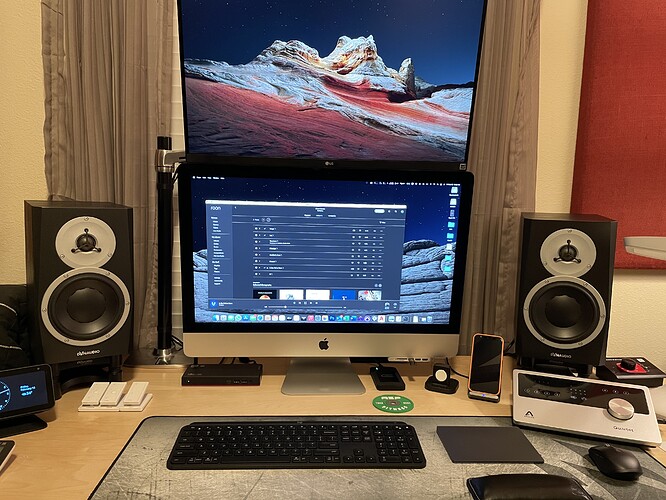 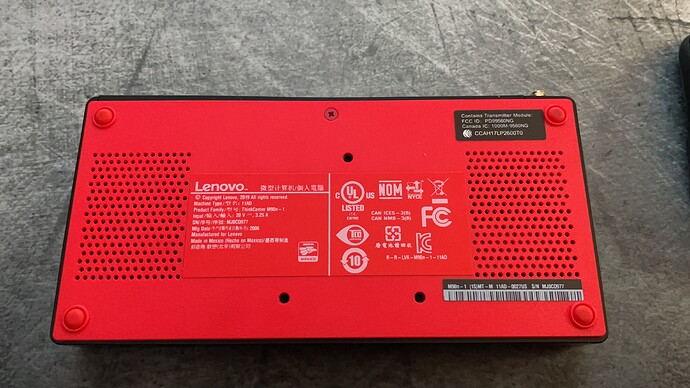 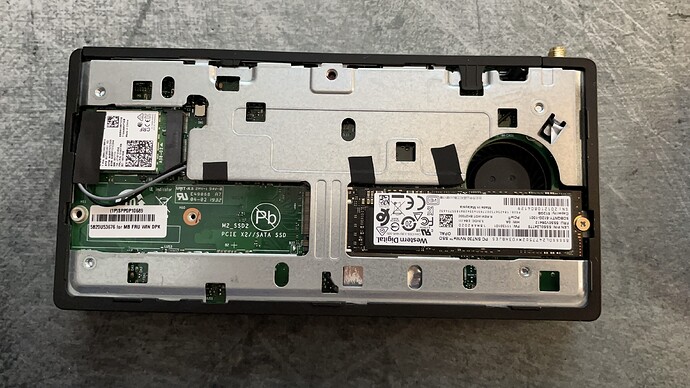 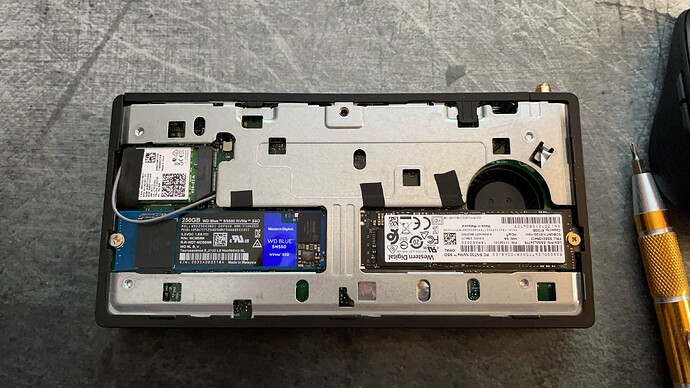 Great news and I think for many a dedicated Roon server is the best and most reliable way to run Roon without the odd hiccup.

Which processor model did you buy?

Do you run upscaling and if so what sort of speeds do you get running DSD 128 or 256.

That would be my reason for getting one.
Even though Roon 1.8 seems a bit faster on my i5 Nuc I still only get about 3.3X on one zone playing

My M90n is an Intel I3-8145U with 8GB ram and 500GB SSD. In Germany you get this for 300€ including VAT. I added another 250GB for ROCK and use the 500GB as internal Storage.
I disabled turbo mode and set the fan on silent mode. The result is perfectly quiet. I cannot hear the fan.

Many thanks Chris, that is not bad, my older I think 7th gen i5 does very similar performance, so the newer chips must be faster, so a 10th or 11th Gen i5 maybe the sweet spot when I come to upgrade

Chris, since you are in a Mac, you may find my ripping workflow helpful.

I’ve been using Roon for about 6 months and I thought I’d share my workflow as it might help others. First a little background. About 20 years ago I ripped my CDs to digital files. I used the AAC format, FLAC didn’t exist back then or wasn’t popular. It took a long time and sound quiality was good but not the same as CDs. About 7 years ago I had a hard drive failure and lost many of the digital files. At that point streaming was becoming popular and quality was as good as my AAC rips. So I simpl…

Thanks Tarun for the workflow. This is much appreciated