Hi,
Is it a good practice to change ROCK’s IP address from DHCP to Static?
How is it done?
Is it done by simply coping the DHCP settings (first pic below) into the Static IP settings (second pic, currently with 0.0.0.0 in all the boxes) and clicking Save?
TIA 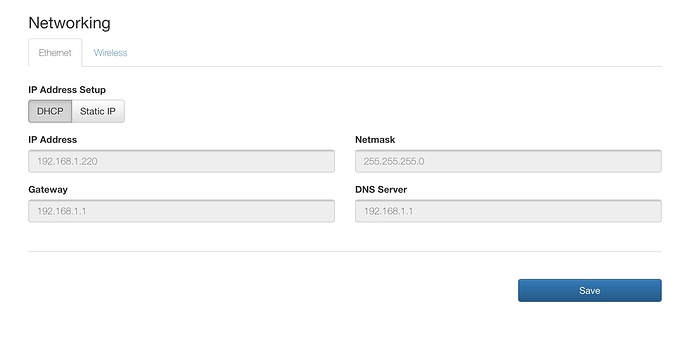 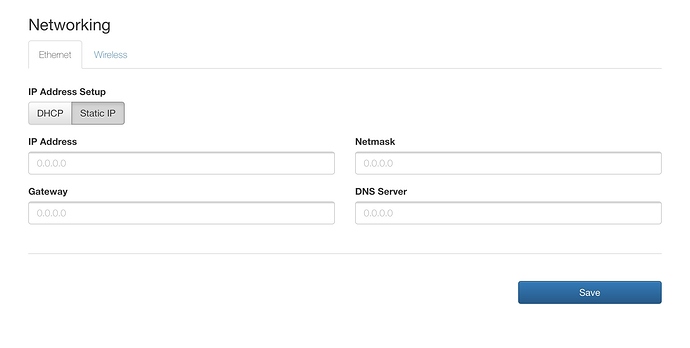 I use a DHCP reservation on my router. After a reboot my Roon Core has the same IP-addresse and the remote (iPad, iPhone, etc.) finds the Core very fast.

There are several videos on YouTube that explain the settings for DHCP reservation. Like this one for a Netgear R7000.

Thanks Marius. In my ASUS router I think it is called Manually Assigned IP.
I already have the NUC’s IP set up that way (Manual) at the router but I remember reading somewhere that it was better to set the IP address as Static at the divise itself (NUC/ROCK). Is it that correct?

You have to ensure the ip address you set manually is not in your routers dhcp pool or you could end up with a duplicate IP address.

DHCP Reservation is generally preferable because it reduces the chances of a conflict where two machines have the same address. It also makes setup simpler for the end user because they don’t have to worry about changing from DHCP to Static IP as they take devices from one place to another (e.g. work laptops to home).

To my mind reservation kind of serves a different purpose. Static IP means the device has no reliance on the dhcp server whatsoever and providing you know the limitations is very robust for server type devices. Reservation could still mean the device hangs if it reboots and can’t reach the dhcp server, while with a proper static ip this won’t be a problem.

That’s the way I setup anything I think warrants it, but whether it’s worthwhile or not is hard to say - probably not if you’re asking how to do it - it might just add another layer of complexity and make things harder for you to fix later down the line. It depends how ‘critical’ Roon is as a server!!

Is it a good practice to change ROCK’s IP address from DHCP to Static?

Unless you really have to, DHCP is good enough. To access ROCK through DHCP, just bookmark http://rock

Is it a good practice to change ROCK’s IP address from DHCP to Static?

Not really, Roon endpoints are discovered, so a static IP doesn’t really help.