When ROCK (v1.0 build 76) is initially booted in the Audio Set-Up and Select Audio Zone it will display all 3 of the Sonos I have on the network. Then over the next 6-18 hours, ROON clients (PC, iPad, iPhone) will no longer display all three zones. During this time I was not using ROON to play any music.

After approx 6 hours, I opened up a client and only 2 SONOS were displayed then the next morning only 1 SONOS was displayed. It appears to never lose that last SONOS. A reboot will cause all 3 SONOS to again be displayed, and it will display the last song that the Zone was playing. I have now recreated this issue consistently over several days since I introduced the ROCK into my system.

Any assistance would be appreciated.

Can you describe your network setup in details ?

@vova all devices have wired connection to the network.

Gigabit Network consists of (a) cable modem (b) Luxul ABR-4400 Router.
The Sonos’ (which are all CONNECT’s) are connected to a Luxul switch connected to the Router
The NUC is in a different location connected to a Switch–>Switch–> Router,

I have Domotz monitoring the network and it gives no indication that either the Sonos or NUC go off line. The three Sonos’ all show up in the Sonos app.

Hi @krjtx ---- Thank you for providing that information, very appreciated!

Can you please verify the exact model Luxul switch(es) you are implementing? I just did a quick search and see that most are managed , while one model is unmanaged but has the capability to use PoE. The reason I am mentioning this is because we have seen some issues in the past when a managed switch is being implemented or PoE is being used.

There are a number of switches involved

I lose two of the Sonos, so at least one would be on the unmanaged switch.

Moving forward, I would like to gather two sets of logs from you (using two different procedures) so our techs can have a closer at what could be causing this behavior to occur.

When you notice this behavior occurring again, please perform the following…

Logs - Set #2:
After the first set of logs have been captured, please use these instructions to launch Roon with the specified “command line flag” (listed below) and capture another set of logs.

@Eric I have the first set of log files can you send instructions on how to upload.

How do I get the second log file - not sure how to do the command line flag with Core running on ROCK.

Hi @krjtx ---- Thank you for touching base with me! I will address your questions separately. Please see below.

“I have the first set of log files can you send instructions on how to upload.”

I will provide an alternative upload method via PM, as I am assuming you are not a dropbox user.

“How do I get the second log file - not sure how to do the command line flag with Core running on ROCK.”

I touched base with one of our devs on how to go about proceeding with this log gathering exercise, being that you are running on ROCK. Please see below for the updated procedure. 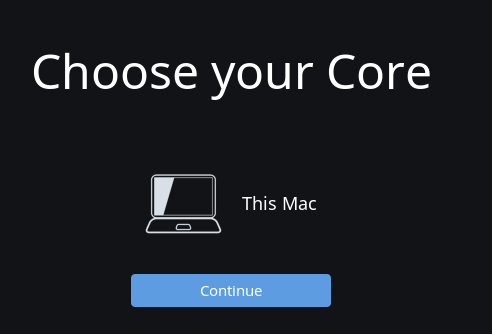 @Eric first set of files have been uploaded named krjtx_RoonLogs.zip - at this point all 3 Sonos had disappeared off the zone list over a period of about 36 hours.

Hi @krjtx ---- Thank you for touching base with me! Confirming that both sets of logs have been received and are being passed over to our techs for review.

Once the team has completed their analysis and my report has been updated/passed back, I will be sure to reach out with the team’s thoughts/findings. Your patience is appreciated!

Hi @krjtx ---- Thank you for your patience while our techs have been reviewing the information found in the provided sets of logs.

Our team believes that this behavior is being caused by a network problem. Sonos devices will time out if the application has not gotten a discovery message in 30 minutes and as noted (by the team) in my report, your logs indicate that your devices do disappear exactly 30min after they are found. Which, in turn, is leading us to believe that this is cause of the problem.

I can not make any promises that this function will be adjusted in the future, but we can certainly look into making Sonos devices not just disappear if we don’t see a discovery message for 30 minutes. However, it is important to note that this is fundamentally hard because we need them to actually go away, if for example, a cable were to become disconnected somewhere in the network configuration.

Moving forward, what will help aide in determining if the above theory is correct, will be to gather a new set of logs using the specified command flag once more. The teams has advised that the second set of logs did not contain the additional logging information needed, which would’ve be generated via the mentioned “flag”. Can please provide some insight (procedurally speaking) into how you performed the second log gathering exercise, and we can try to figure this out for you.

@Eric - I have uploaded the logs (krjtx_RoonLogs_set3.zip) with the flag set as requested when Roon was started,

Thanks @krjtx! Confirming that the new set of logs (“set3”) have been received! Looks like we got what we needed from the command line flag, excellent work

Once my team has evaluated all the information, I will be sure to update you with their thoughts/findings. Your continued patience is VERY appreciated!

Hi @krjtx ----- Thank you for your patience while our techs have been evaluating the information found in your logs.

Moving forward, the team believes that they may have identified a bug here, which they will be addressing during our next build release.

Hi @krjtx ---- I wanted to touch base with you and see how things are going after the latest build release (269).

@Eric I upgraded 48 hours ago, the first 30 hours were OK. But, sometime today, it lost one of the Sonos boxes. A definite improvement from previous builds.

Hi @krjtx ----- Thank you for touching base with me and providing an update after using build 269. I am pleased to hear that the experience seems improved, but sorry to hear that the issue has persisted

Moving forward, I have passed your comments over to our techs and I am currently waiting on some feedback from the team. Once I have a better sense of what they’d like “next” I will be sure to reach out to you ASAP.

@Eric I wanted to update oyu, since I have had the ROCK running continuously now for 5 days. As I stated previously after 48 hours one of the three Sonos was lost. Then about 1.5 days later a second was lost. But, this morning one of the two lost Sonos re-appeared and currently has stayed. Thought this might help.

Hi @krjtx ----- Thank you for touching base with me, I appreciate you sharing your observations with us. Very appreciated!

Moving forward, can you verify which of the units you notice are dropping “completely” and which seem to be “coming and going”?

@Eric - apologies for taking so long to respond. I now have all three sonos on the same switch. I have been watching the performance over the last few days. Eventually they start to disappear from Roon. I do need see any particular order or timeframe in which they are lost. A restart of the Rock does always bring all 3 of them back as zones.