Both drummers, one with Queen and one with Duran Duran, but completely different people. Or are they? 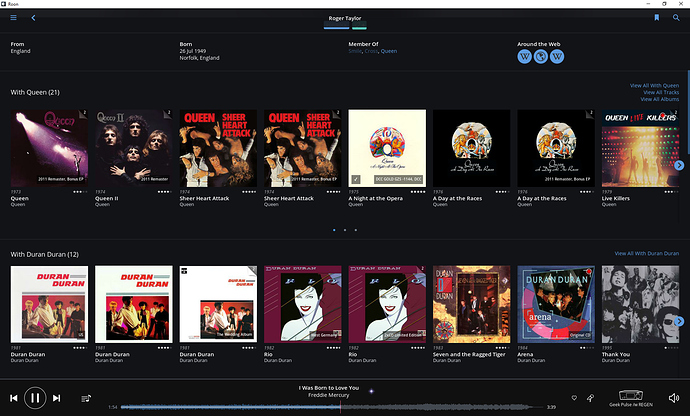 It makes you think…for a second or two!

Checking the album compilation ‘Decade’ it reflects that Roger Taylor was an original member of the band, but looking at discogs, they have him tagged as Roger Taylor (2), so somewhere along the line the Roon metadata has made an incorrect link and merged the two names - good spot