It seems the 1.3 UI has moved the lyrics icon to only the playing track. This makes looking up lyrics to songs you aren’t currently playing impossible. Please restore that feature.

It’s under the “3 dots” menu, with a bunch of other new options – too many to display them all at once on the album screen

We did leave a tiny indicator, so you’re not flying blind and can still see which tracks have lyrics and which don’t.

This was a huge point of debate – but the line was getting way out of control, and as you can probably see on the 3 dots menu, its gotten quite busy as well.

The indicator is a tad small to my eyes, but I got what it meant immediately. That being said, the 3 dots menu should have an actual name other than ‘3 dots menu’. I propose calling it the ‘shill’. Exmample: Click on the shill to see a bunch of other new options.

How about calling it the ellipsis menu?

I can’t find any lyrics. In version 1.2 there was a little microphone but in 1.3 I can’t see anything about lyrics. What am I doing wrong? 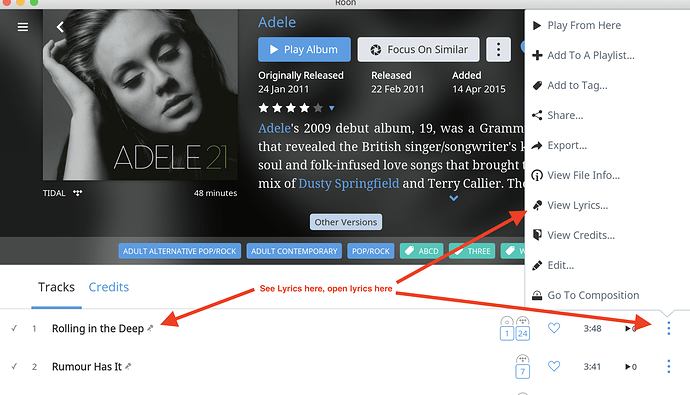 This was a huge point of debate – but the line was getting way out of control, and as you can probably see on the 3 dots menu, its gotten quite busy as well.

I know we disagree on this topic but I think there is plenty of space everywhere in Roon. Here are two examples:

Lots of space in the track row: 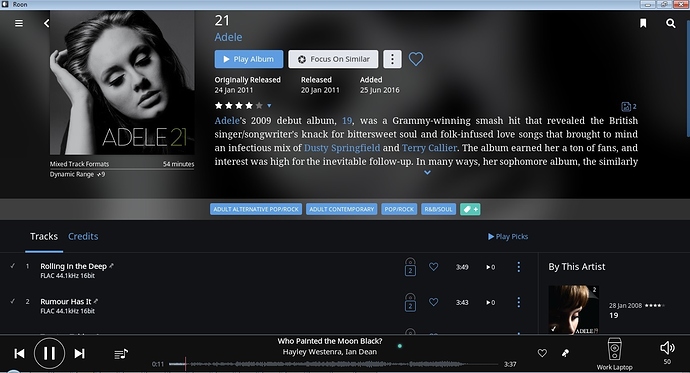 Here there is way too space esp at the top. The album cover is much too small for the width of the horizontal bar. 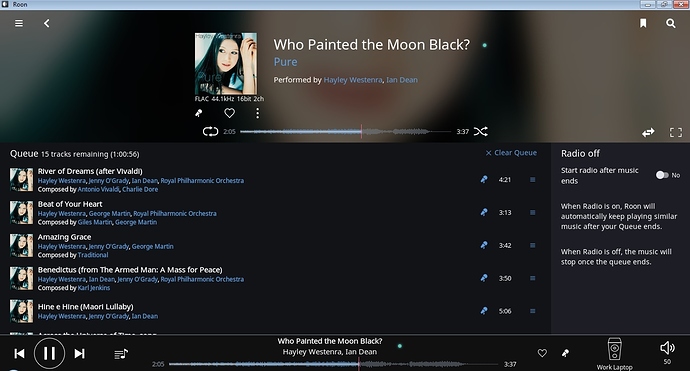 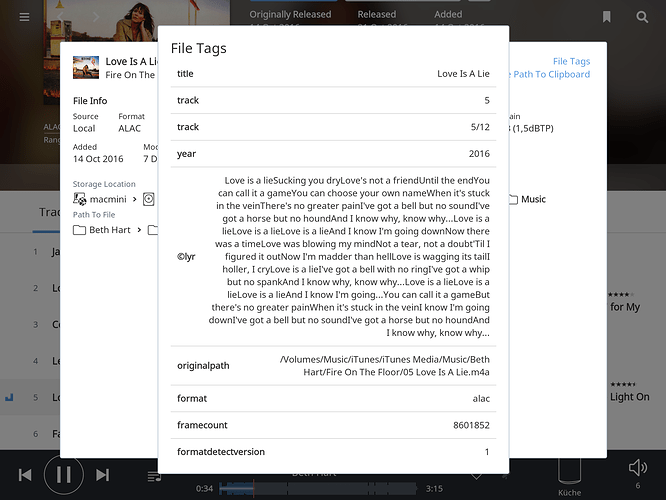 Side question…how are you getting the file format (eg FLAC 44.1kHz 16bit) underneath each track on that Adele album?

I think its only because I have mixed formats in that album. I have the limited edition version with two extra tracks but they are in a different format than the rest of the album.

ah ok thanks, I’ll have to test that.