Hi,
I have upgraded Roon to build .233 today and the export feature isn’t working as expected. Meaning sometimes after exporting to flac some tags are missing: titles or artist names which should be embedded in the “new” flac files created by Roon.

Can you give us an example @Tomasz_Bojanowski?

What would be most helpful would be a screenshot of what you’re seeing in Roon, and a Dropbox (or similar) link to a sample of the exported media that you think is incomplete. A file or two should be sufficient.

Ok,
this is original file info 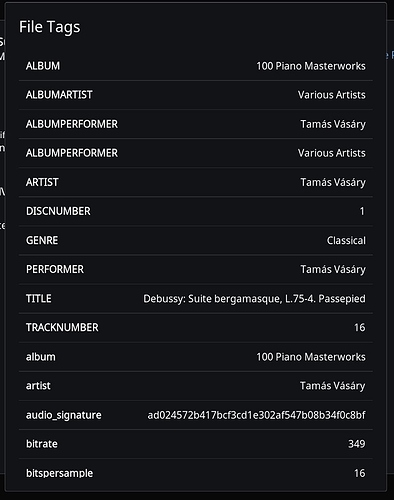 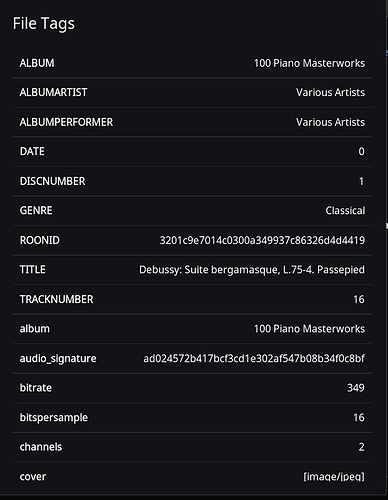 When you’re exporting, Roon will attempt to print metadata to the exported files as displayed in Roon. It’s not going to just pass through the original tags, so I wouldn’t expect them to be exactly the same.

Is there metadata shown on the album details screen (or track credits popup) that’s not being exported?

Is there metadata shown on the album details screen (or track credits popup) that’s not being exported?

Yes, it is shown.

And after exporting and importing the exported file back to Roon it looks like this (Artist, Performer tags are gone):

Thanks @Tomasz_Bojanowski – could you also post a screenshot of the track credits popup for that file?

I’ve passed the links you sent onto our QA team for testing, and they’ll be grabbing the media and opening a ticket for this, assuming we can reproduce.

could you also post a screenshot of the track credits popup for that file?

Sure, the original file

The exported track -> no “view credits” in the menu 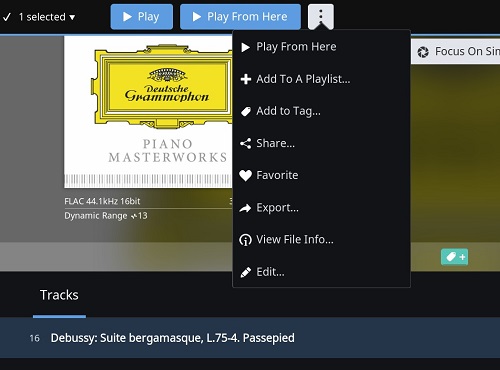 This album has 100 tracks, only 3 of them were exported without Artist tag. All three by this specific Artist: Tamas Vasary.

Here is another weird export: 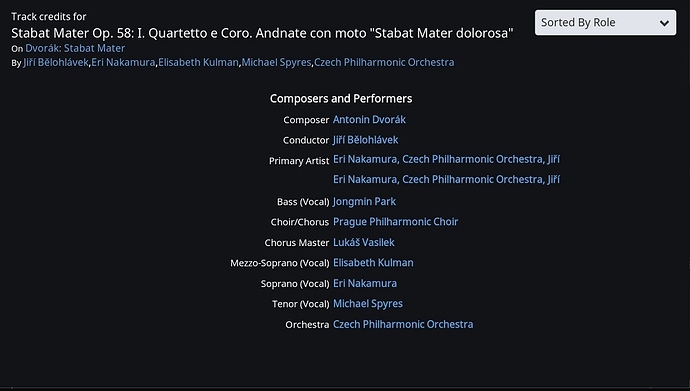