This is from the release notes - does it refer to the now playing screen in some way?

does it refer to the now playing screen in some way?

Yes, it means you can keep pressing <right> and it will loop back around through the different Now Playing modes.

Thanks … Thought about that while I was out eating dinner and was going to experiment some.

Good job with the update!

Nice, thanks. Will this behaviour be replicated on touch screens at some stage?

Will this behaviour be replicated on touch screens at some stage?

5 posts were split to a new topic: Clear Queue not seen on iOS device

2 posts were split to a new topic: Roon on iPhone sometimes does not show up as an audio zone

I’ve got the same impression - the search function is still a little sluggish (2-3 seconds). Definitely not as snappy as it used to be in 1.5. Apart from that, I’m really happy with Build 401.

It’s great to see quick changes based on feedback.

No change to the colour of the footer, at least not in the light theme. Even after more then a month I still find it very distracting And also pretty ugly, but that’s just personal preference. It does not change colour anymore in the now playing screen according to what was playing. That was something I really liked. Now it is just this ugly grey all the time.

I appreciate the change in color of the footer on the Now playing-screen.
Not so amused by the cluttering on top part though. 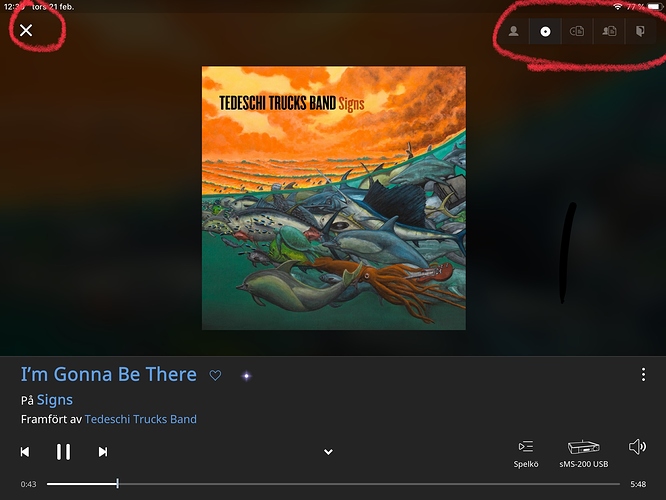 A nice addition would be to allow the content automatically change between the selected options after a few seconds.

These are very minor gripes though… Feel free to spend developer time elsewhere, if needed.

Yes, that’s what they replaced the Now Playing screen with instead of going back to the one from 1.5. No, it’s not what I’m looking for.

Mhm. “x” must be the same size like album bar no right side, no different colour (ok, only darker for choosen option), mayby on the same side. Thats it for my ofc.

Thank you for this rather quick update/fix to the now playing screen, I feel so much better, though I still dearly regret the 1.5 look and feel, especially the fact that we could see the upcoming track directly on the upper right part of the screen.
But I guess an interface auverhaul has to sacrifice some things… I can’t blame you for that !

Also, clicking on artist Michael Jackson leads Roon to show albums by him as well as by Joe Jackson, Randy Jackson, Jackson Browne, and the Jackson 5, plus albums with “Jackson”’ in the title even if not Michael Jackson’s.