I don’t know. But the New Release information is sourced from the streaming services.

2 days ago I listened by a complete accident to Celine Dion song ( not even the whole song) and now her album is ‘recommended for me’ - not good as I can’t stand her voice. On the other hand Roon recommended to me the new live album of Porcupine Thief which is excellent to know as I like this band but haven listen to it for some time - good.

Upgraded to 1.7. Looks like a long hot slog through the metadata. This could take awhile.

I posted this as a seperate topic because I didn’t want it to get lost. But if anyone has any insight, I’d love to hear it.

Don’t think there’s any issue not being allowed to display the data. As I understand it, as a principle, Roon will not show you content that’s not playable, period.

Before you hit play and it plays

Now you hit the name of the station [which should start playing] then you are taken to another screen to hit play or hit the pull down and hit play.

Why even have a pull down for Play in the first place, esp since the play button is right next to it.

A post was split to a new topic: Unable to update Nucleus

The white background is too white…its beaming white and almost hurts the eyes. It also provides too much contrast to the gray bottom. Also in the light mode, the menu pullout [left side] should match the mode and have black font…instead of being dark colored. This would give the Light mode a more uniform look and feel.

The UI is clearly not made for Dark mode. The white border around the internet radio is much too bold and is not consistent with other pic/graphics of the UI. It takes away from the clean look and instead gives it a cheap appearance.The menu pullout is dark as it should be… Discover in Dark mode should not have so many colors for the background. The top Discover pain has a bluish/black background, the artist area has a pure black background and the bottom pain has a grayish/black background.

It’s the fonts, in dark mode. They look kind of bolded and smeary. My iPad looks OK, and my phone looks OK, but the tablet not so much.

Well, I am completely certain there’s a good improvement in sound quality.

Gosh, I certainly hope not. Think about it. That would mean that Roon has fixed a bug which was giving us sub-par SQ in previous versions, and, worse yet, that none of the golden ears in Roon’s 100,000 listeners were bothered by it! And if that’s the case, who can tell how bad what we’re getting now, from 1.7, could be?!

Looking at the bug fixes in the release notes, I don’t see many (maybe one, the Android fixes) that might be about the SQ. Almost all metadata and UI bug fixes.

When I first installed 1.7 and started listening, I was trying to decide if the sound quality had gone down. I finally decided it had not changed as far as I could tell.

A post was split to a new topic: New Releases For You already in library?

2 posts were merged into an existing topic: New Releases For You already in library? 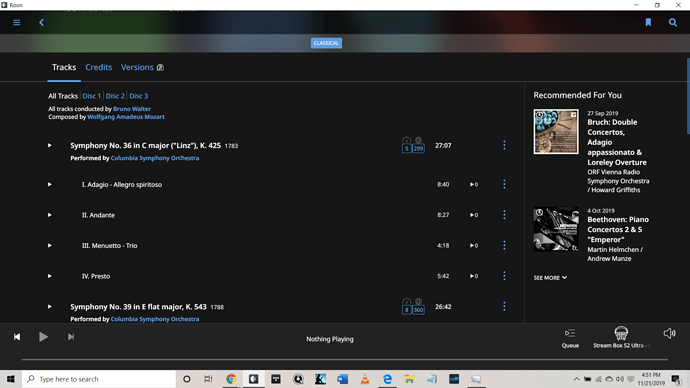 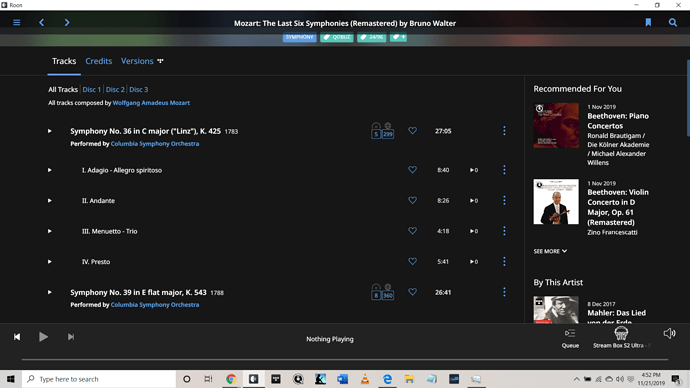 A post was split to a new topic: Mac Mini unable to update to 1.7

Any progress on making Google Nest Hubs working as a display? It still only works temporarily. Looks like 1.7 didn’t address this issue.