Since I’ve installed roon 1.8, on my tablet (Huawei MediaPad T5 HD 1920x1200) I have problem with properly screen mode. When I run app on the tablet I have a question like on attached screenshot (your screen resolution is too small…) 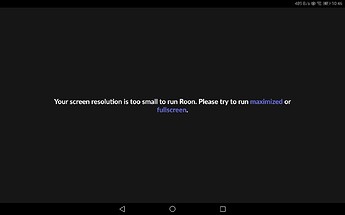 No matter witch option I choose roon starts in (in my opinion) in screen mode for smaller devices (smartphones). I have attached also screenshot from roon screen. Does roon 1.8 require a higher resolution than 1920x1200? 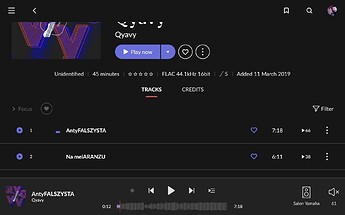 You might check to see if you there is a scaling value that you can lower on the Tablet.

Unfortunately, the tablet only has the option to reduce the font size. It is not helpful. Repeat the question. Does Android Client for roon 1.8 look like this at 1920x1200 resolution ?? If so, I will probably finish my adventure with Roon.

This depends on the screen density values given to Roon by Android, which is influenced by Android system settings and usually takes physical screen size into account. On many devices, this setting is called “Display Size” or “Screen Zoom”, but there may also be accessibility-related settings that could change this value. For example, this is how Roon looks on an Amazon Fire HD 10: 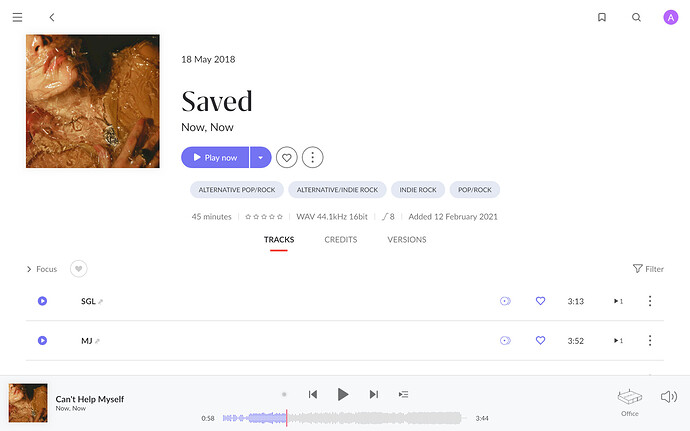 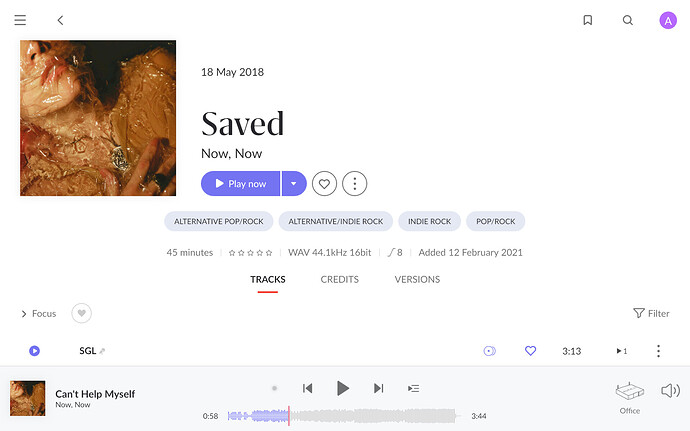 The Samsung tablet is smaller than the Amazon tablet, so it reports a higher pixel density, changing how many raw screen pixels are used to draw any given UI element. If I hold these two devices next to each other, the “Play Now” buttons are very similar in physical size.

It looks like the MediaPad T5 is a 10" tablet, but from your screen shot, it’s reporting a pixel density value that’s more appropriate for a 7" device with a 1920x1200 screen. I would be really surprised if this is the default setting for the device.

Yes it is a 10" tablet. The tablet has the standard Android 8.0, only used for roon and www. A few installed applications, none has a scaling problem and looks correct. Roon 1.7 looked correct as well.
I am very surprised how badly you can use a screen with a resolution of 1920x1200. Or maybe it is a bug, because as I said at the start I have strange message about too low resolution (roon 1.7 did not has this problem)

The specification of the tablet gives such parameters of ppi density: