Roon version 1.8 is hiding albums in the Discography tab of artist pages when they have the same name.

I have different versions of some albums which I have explicitly told Roon are not versions of the same album so that they will all be displayed in the artist discography.

On the Overview page of an artist this still works, as you can see both versions of Metal Resistance show up: 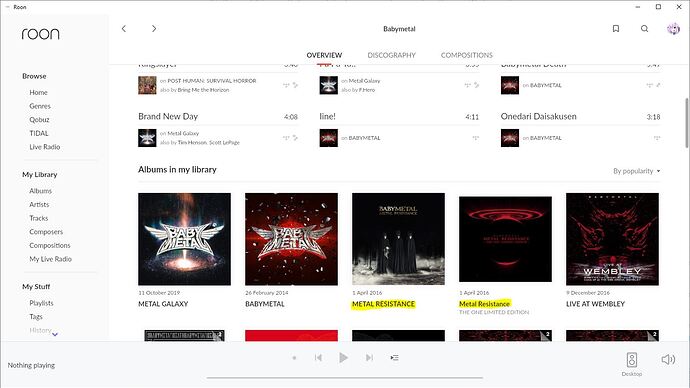 If I go to the Discography page, Roon has decided it will only show one version of the album: 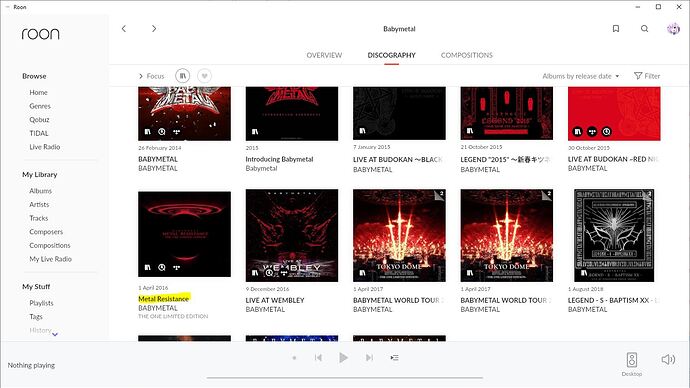 If I enable the option to only show my local library, it still only shows one version of the album but decides to show the other version: 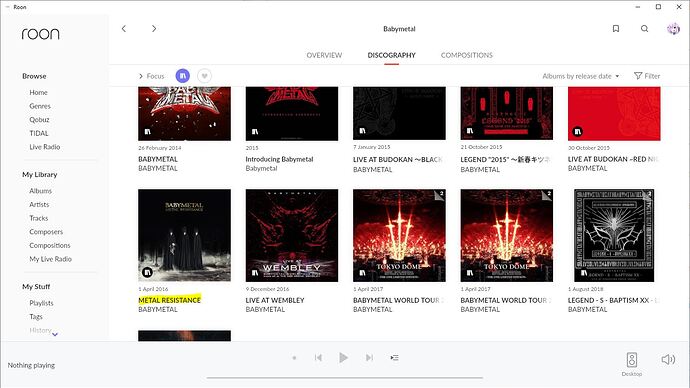 If I go to “View albums in library” it shows both versions: 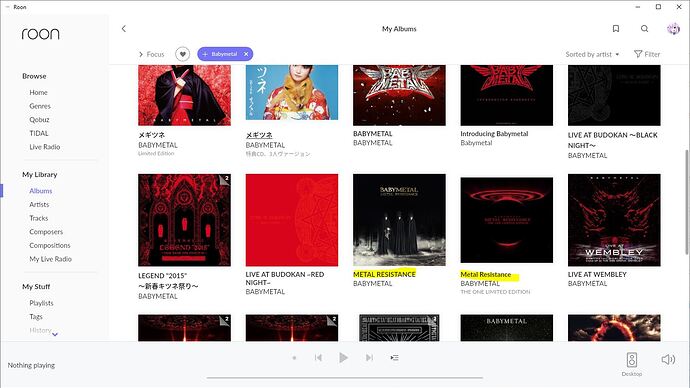 Here is a screenshot to show that they are definitely not viewed by Roon as versions of the same album: 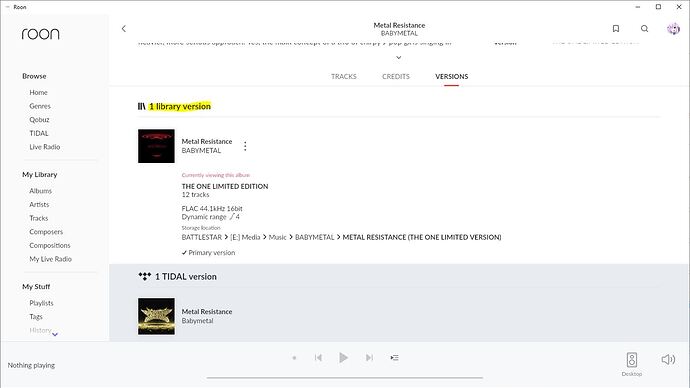 And in any case I have “show hidden tracks and albums” enabled in the settings.

I have tested this with multiple artists and albums, and the behaviour is always the same.

I have the same issue. Overview displays all my albums, and respects ‘Show hidden tracks and albums’ whereas as Discography hides them. Like you, I’ve tested this with various artists.

It would be great to get some feedback from someone from Roon as to whether this is the intended behaviour, or if this is a bug that will be looked into.

As is, I have to disable Tidal and Qobuz integration to be able to view all of an artist’s singles and albums, I find it hard to believe this is intended.

Quick update to say that this issue still occurs with Roon 1.8 build 764