Roon allows a vast array of setups. Which do you use and why?

When I first started investigating Roon the options were mind boggling but here is what I’ve ended up with using the KISS principle:

CORE: Used this PC. It is on 24/7 and is a modern fast unit & so far, appears to work well.
ROON DATA: On a 6TB HDD inside this PC (I added in another cooling fan). I’ve avoided NAS systems as, from Sooloos experience, the twin drive feature is no guarantee of data security. With Sooloos both HDDs got corrupted and became unusable so it was the separate back up that saved the day. And those dead HDDs were enterprise units although they did live for 6 years.
END POINT: Aurlic Aries - purchased used
REMOTE: iPad PRO 12.9 - purchased used

Many audiophiles (as I did once) shudder at the thought of a graphic equaliser but old age (81) & deteriorating hearing has made this item essential for me as listening to music with hearing aids is not a good option, even those with music programs. That said there are many crappy GEs out there but this Australian monitor unit seems a quality product.

There are other digital feeds out of the Aries to 6 other rooms and headphone/amp systems but the above gives the best AQ for me. All this mimics the previous Sooloos set up and allows for music, via Roon, to be heard just about anywhere in this house except the bedroom (and I might look into that omission sometime soon).

Computer system: Core is on an iMac, music files stored on USB SSD. iMac is connected to a Schiit Wyred, and connected to a Cambridge Audio DAC Magic Plus. HQPlayer software.

Setup is what works for me. I have two endpoints in my system since I was uncertain if Bryston’s BDP-1 would be Roon certified, so I picked up a microRendu. Both are great endpoints.

What are you guys using as non-PC Non-Mac end point / player?

I use two Roon certifed endpoints in my main system. It is in a separate room from my iMac core and computer desktop system.

I use two Roon certifed endpoints in my main system. It is in a separate room from my iMac core and computer desktop system.

Those are expensive for me. The cheapest microrendu like is Sonicorbiter, but no wifi.

Is there such thing as Roon Ready headphones DAC / Amp?

MacMini with SSD and external FireWire drive running Roon Core and HQP streaming over a wired GigE link to a MicroRendu with LPS-1 power supply.

Neither of my endpoints use wi-fi. Both are hardwired via ethernet Cat6 cable using MoCA, which is ethernet over coax. I use my cable TV line as an ethernet cable. 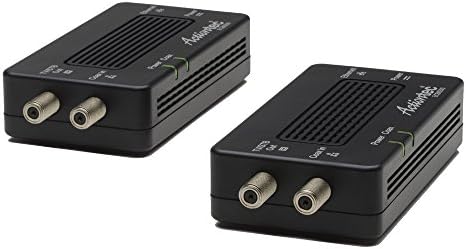 I would take a look at the Bluesound products. There are even more inexpensive endpoints out there as well.

Neither of my endpoints use wi-fi. Both are hardwired via ethernet Cat6 cable using MoCA, which is ethernet over coax. I use my cable TV line as an ethernet cable.

I would take a look at the Bluesound products. There are even more inexpensive endpoints out there as well.

I have a Bluesound Node 2 on my main home audio system in the basement. Love it! Not Roon Ready yet, but it will be tomorrow.

This is for my headphones setup. Not buying another Node 2 just for a Roon endpoint. Already spent quite a bit for headphones and headphones amp / DAC.

If you know of less expensive endpoints out there, please point them to me. Thanks!

It’s simple, cost effective, avoids audiophile trappings and does what it says on the box.

I am, no issues to report.

would you please share any specific configuration you did, other than Dietpi and roonbridge?

That’s all I did, installed DietPi, installed Roon Bridge. Nothing else. On one setup my Odroid is wired, on the other I’m using a usb wifi dongle.

My main DAC is a gen 3 Yggy, I’ve also used the same setup on a NuPrime IDA-8 integrated DCA/AMP, NuPrime DAC9, Vivere (custom built Sabre based DAC using Amanero USB interface), Modi, Chord Mojo, Meitner and a host of other DACs that have found their way to my home over the last few years. Basically it should work with any asynchronous USB enabled DAC.

Oh dear, it is embarrassing to read my post of 12 months ago. Why?

First, I blew up the beloved blockhead amp in an attempt to wire in an XLR to 2.5mm balanced socket converter. I obviously got the connections wrong. That dead amp was first replaced with a demo Aurilac Taurus head amp which ran rather hot and gave problems until I gave it better ventillation. But it in turn was replaced by a used Violectric 250 head amp with the Taurus moved to listening station no 2 in this office.

On the DAC front things have also changed, and genuinely for the better, I imported (at great cost) a Schiit YGGDRASIL DAC after reading all the praise for it and yes, it was an improvement over the Primare. But then I started reading (a fatal error) about the latest LKS MH-DA004 and spotted a used one, modified by Ric Schultz, on sale in the US, so bought it for the second system. It turned out to only be a 120V unit so a step down transformer was needed. But surprise, surprise, it was even better than the YGGDRASIL!! In turn this led me to sell the YOGGY (yes at a loss but still gave me money left over) and purchase another LKS and have it also modded by Ric.

Now it is easy to be misled with new toys and a placebo affect take hold with the result that yes, the sound is different, but really no better. One has moved sideways rather than forward. In the situation here I had been really pleased with the AQ from a portable Pioneer XDP-30R as it was on the same level as that from the Blockhead/Primare DAC30 I posted about a year ago. That AQ is obviously inferior to what I’m listening to now, and it is in balanced mode with Sennheiser HD800S headphones. So the toy changes have been positive and have reinforced my bias towards the DAC currently being the most crucial item in a headphone setup. Speakers and their positioning is the weak link in a room audio set up, something headphones avoid.

And I also became fascinated with all the hype posted about the Focal Utopia headphones so imported a used pair from the USA for considerably less than their new price in Australia. Sadly however they broke down after a few months. Initially I blamed a visiting friend who drove them at loud levels but it was some time later before they collapsed although it left me wondering if that treatment did pre-dispose the trouble. So off the Focals went to France for repair last August. I still have not had them back but got the good news they are to be replaced under guarantee, something most pleasantly unexpected as Focal have the reputation for not covering second owners. They should arrive in the next week or so and it will be enlightening to observe any change in the audio after having been accustomed to the very comfortable and excellent sounding Sennheiser HD800S cans.

I guess some of you reading this are rolling their eyes in horror at the idiocy I’m relating and my only defence is that at 82 YO, listening to classical music is my retirement obsession and audio quality is just as important to me as the artistry of the performance. And the improved AQ is now obvious in the reproduction of the harpsichord and forte piano, instruments that can sound awful on many systems and used to sound that way here.

Bottom line is the music source controlled by ROON. No, it is not perfect but is gradually improving and is certainly much better and more reliable than the Sooloos system I finally sold in December. So yes, I’m currently a happy camper.

Apologies for a long. boring post, but maybe my antics are of interest to some!!

I am sending my Bifrost Gen5 to Schiit. However they have no Roon to reproduce this.