ROON Controller is having problems [Solved: Update to Build 970]

I posted about this yesterday in the Build 952 Feedback thread, and there’s been a few replies since then. Just FYI in case it’s helpful.

As noted elsewhere (IIRC), an apparent MEMORY LEAK problem with the macOS Remote app: I’ve been running B952 for 5+ days now, and the only problem I’ve had is with the macOS Remote app (MacBook Pro i9 running macOS 11.6.6 with 16 GB RAM)… Monitoring my Mac’s RAM usage via Activity Monitor reveals that the Roon remote app uses ~340 MB of RAM at startup, but over maybe 12 hours, that increases to over 1 GB. At least in my case, each time the RAM usage goes over 1 GB (the last time I noticed, it h…

I am not quite sure that the two issues are the same or even related — for one, the memory leak described by yourself and others, and on the other hand, the sudden ‘hang’ or ‘freeze’ of the Remote App running on MacOS. I have been monitoring for the last couple of hours the memory use of the Remote running on my iMac, and as yet do not find evidence for leaking memory. Memory use goes up and down… I haven’t today experienced the Remote freezing, either… I’ll keep monitoring.

Thank you for bringing this issue to our attention. As other users have mentioned, this hanging behavior is a known issue which we’re tracking while we work on a permanent solution.

In the meantime, we’ve adjusted a setting on both of your Core machines as a workaround. This should resolve the problem until we have a solution. Please take the following steps to activate the changes for your setups:

@Andreas_Philipp1, I was a little unclear from your last response if you’re still experiencing the issue. You’re correct that at this time we understand the hanging/sluggish behavior on Remotes with Build 952 to be a separate issue from the potential memory leak issue others have been discussing on Community. If you’d like, we can also make the account change on your Core device to temporarily relieve the Remote problem.

Hi @connor, thank you very much! Indeed, today I haven’t experienced the sudden ‘freeze’ of the Roon Remote app on my iMac. This hasn’t been a big deal, has occurred maybe three or four times over the last days. So no need to intervene at the moment. Just wanted to report that there evidently is a problem that should be looked into.

Yes, there’s probably more than one issue at play here, but since my macOS Remote app was hanging after getting above a certain memory usage level (~1 GB in my case), I figured it might be related, or at least be informative for some perusing this thread. A minor problem for me, but still, it seems like some of us are spending more time on technical issues than musical enjoyment with the now more frequent Roon releases.

I have been having this issue too. Started a thread elsewhere on this forum because my original problem was persistent crashes. But now my behaviour mirrors the other users on this thread.

None on the controller Windows machine

This did not happen before upgrading to version 1.8 build931. I’m using roon daily.

I’m seeing this also, on occasion (Added for emphasis).

I’ve seen this on MacOS too, but only when trying to load certain artist pages. Searching for an artist and trying to load his page can occasionally freeze or crash the Roon app.

On April 14th I opened a support thread on this problem, without reply by @support. But I just now discovered that a reply by another user who reported his own problem is marked as solution… that’s probably why Roon support wouldn’t take on my support request. Is it possible for one of the @moderators to please reopen my thread?

Similar issue started with Build (923) update but it altered the remote software so the problem still existed after restarting the remote session and rebooting the laptop. I had a support ticket in but didn’t get any response from Roon. After 9 days I deleted the software and reinstalled. That fixed the issue so I marked it as the solution so the ticket would get closed.

Happening to me too. After a while, it responds slowly or delayed. Then it freezes. Music doesn’t stop of course, because it’s just the client. I have to restart it or close it via task manager. This didn’t happen before on 2+ years of use.

I have the same issue on all Mac equipment. Roon Server on dedicate M1 Mac Mini. Roon client on Macbook Pro. Music continues but progress bar doesn’t move showing where in song and you can’t fast forward or stop music. It could be playing a song many songs after what is shown. Only solution is shut down Roon and restart.

I’m still getting freezes on the Mac remote. But I’m now also getting (slightly more occasional) freezes on my Android remote (my family use iOS devices but are not as heavy Roon users and I don’t think have experienced this behaviour yet). In both instances this happens after a period of not using the remote, and can usually be fixed by quitting and restarting the remote app in question

Hi Team,
GUI not responding randomly, I have to restart (close/open) the GUI so it could “reconnect” with the core.

Sometimes when restarting the GUI the music will stop playing, sometimes it will continue playing.
It has happened to me at least 5 times, to be honest event in the beta build before this one but until now I was able to capture it.

It may have to do with the huge queue I have and its been bigger than that the past month.

I have core and GUI logs let me know if you need them. 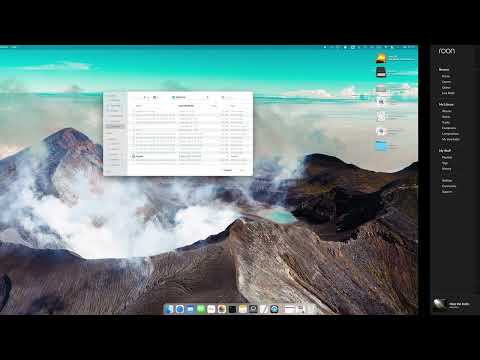 MacOS 12.4 core and GUI same machine does both roles.

I have also experienced this issue, I’m expecting you are pointing to GUI as Roon Remote?

yeah, in my case the Mac remote, haven’t tried any other remotes

Thank you for reaching out to let us know about the issue. Tech support has been investigating the issue and the Roon team is working diligently on a systemic solution.

In the meantime, we’ve adjusted a setting on your Core machines which may improve this behavior as a temporary workaround. Please take the following steps to activate the changes for your setups:

I will do the restart twice - not able to test this until end of next week. I’m off to London

I noticed that remote on macOS crashed when rebooting NUC with ROCK.

GUI response, initially this seems to work better now - leaving for London tomorrow morning, will test more when I’m back.