Roon Core on an Intel based SBC? 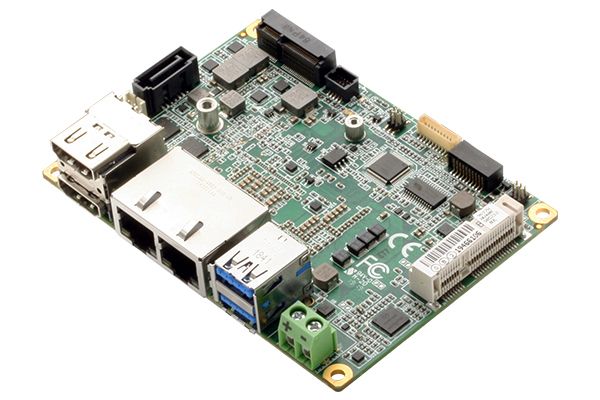 That’s super interesting. Somebody buy one and try it and post the results. I am too cheap to buy one.

Hope so, probably be much cheaper.

Nice but expensive. I always worry about cooling as well - I am old school in this respect I appreciate but give me a nice big slow spinning fan to shift plenty of air quietly any day… I find Micro-ITX the right compromise between size and the ability to case it and cool it properly. Much cheaper too.

I always worry about cooling as well

Come to think of it, there’s always been this -

I can’t see why it wouldn’t. How fast it would be, particularly with a large database, I think would be the area under test. But a simple database and no/minimal DSP and I think it would be good enough.

I am running a similarly spec’ed ASRock J4105-C right now. I dont do much DSP but this little bugger will effortlessly upsample redbook to DSD256, while drawing less than 15W power. (with a 3.5” 6Tb media drive and a 250Gb SSD for OS)

Come to think of it, there’s always been this -

If you’re interested, buy one before they run out of stock (I think they’ve been out-of-stock for the vast majority of the time they’ve been nominally in production).

problem with many of these SBC’s is cases that look the part. fun to tinker with but I have several MOCK machines and a NUC ROCK that I have used over time. My latest MOCK was a Win10 running i7-7700 Fanless and that does everything I need just fine.

Of the 5 SBCs in my house (all fanless), the Odroid H2 running Roon Core consistently runs the coolest: 39-41 ℃ under normal operations.

Jaques, what OS are you running on the Odroid?

CPU usage while streaming from Qobuz: 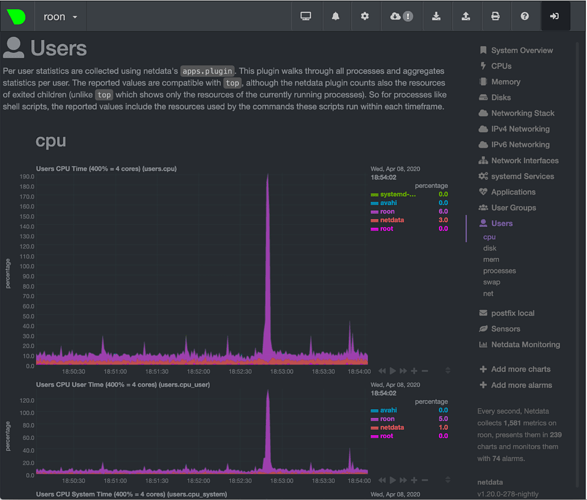 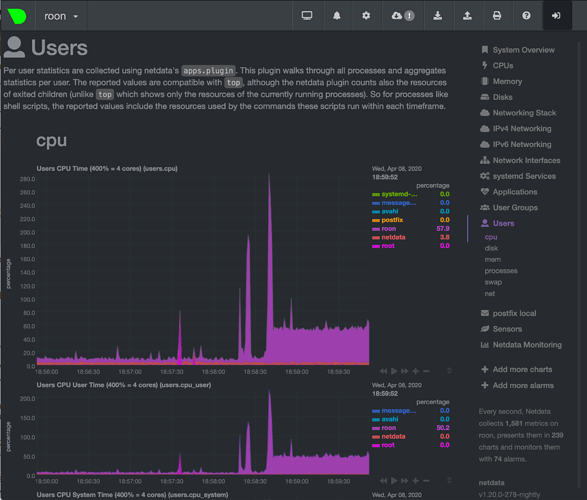 That’s excellent performance for an x86 sbc. I was waiting for the atom based rock pi x to fool around with, but that odroid looks like it does the trick beautifully.

There’s also a US distributor.

Will roon run on a Odroid H2+? Only discovered the device today.

Since you asked me, if @Jacques_Distler says it’s good, it’s good.

Roon Core can be run on any x86 device.

OTOH, as a Core the H2 CPU is underpowered (IMO) to do any heavy Roon lifting, i.e. involved DSP or multiple simultaneous endpoints

Or, if you live in the US, you could get an officially supported NUC, with RAM and case, shipped, for about the same price.

(not saying one is better than the other, just pointing out the possibilities here) 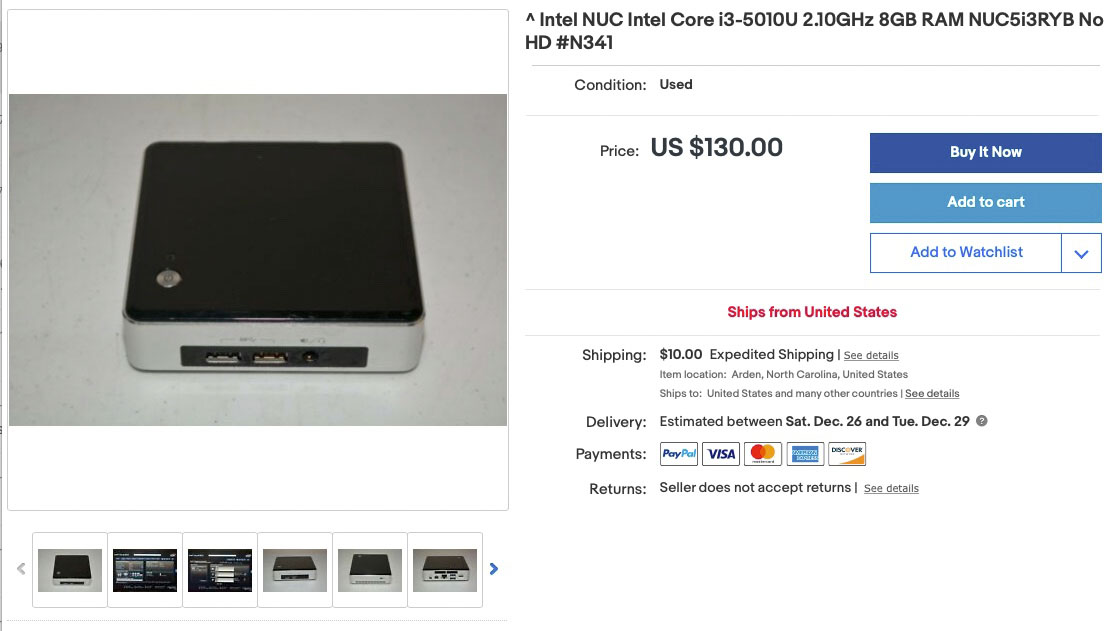