I routinely have to use the Force Rescan option in the Storage menu to get Roon to recognize new files. Roon will typically only import a portion of an album automatically unless I force a manual rescan.

For example, I added this album to my watched folder on February 4, but Roon only picked up a few of the tracks: 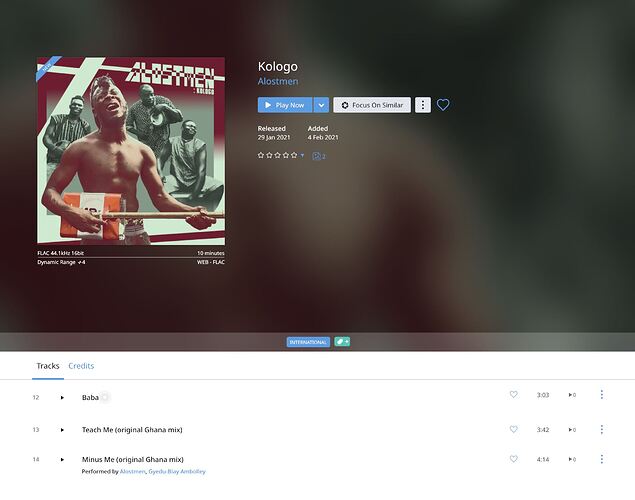 After I used Force Rescan this morning, the album was imported correctly: 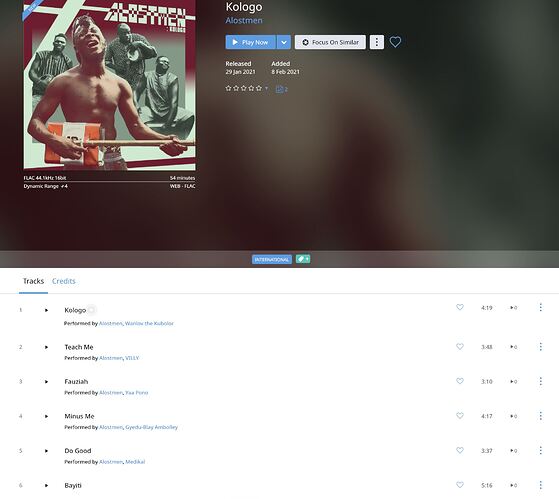 This happens to me very routinely - it’s actually rare for the automated scan to pull in an entire album correctly.

Any ideas on how to address this issue?

Does this improve matters?

It depends, but I generally download multiple albums directly into the shared folder on my Linux box via SFTP.

I’m hoping there’s a more elegant solution than manually stopping and starting the services every time I add an album - stopping playback to add albums is inconvenient. I expect a better experience from software this expensive!

Can you please confirm you’re on the latest Kernel version?

What I posted is not a solution, but to help diagnose the problem.

I just gave this a try over lunch, and the new albums I added to my collection while the service was stopped showed up correctly.

I played around with this more to see if I could narrow down the issue. I deleted the files I added today, used the Clean Up Library option in Roon, then re-downloaded the files.

Note that I used an SFTP client on my Windows desktop, but downloaded the files to the watched folder on my Linux box. This is my normal procedure, but when I ran my test earlier I used the SFTP client from the Linux box directly.

I ran into the old problem when I did so: the albums were only partially imported into Roon.

Are you still seeing this issue occur in our latest Roon release?

The situation is actually slightly worse than it was in 1.7: I primarily use the Android app as a remote, and now that I can’t see the track numbers in the mobile app it’s harder to recognize when albums have been only partially imported.

Is there anything atypical about the storage location? Anything that stands out that might be different than an average Ubuntu install?

Good news! I built a new server last weekend running Ubuntu 20.02, and after the rebuild/reinstall Roon is correctly scanning new music without skipping tracks. I’ll open a new thread if the issue reoccurs, but things look good for now.