Hello, I just unboxed and set up a new Node 2, which is hardwired via ethernet to a Time Capsule. I have successfully mapped the Node 2 to my music and I control it with an iPad running BluOS.

Now I want to access the Node 2 via Roon running on my MBP. Roon does recognize my Airport Express, but does not “see” the Node 2. What am I not doing right?

Could you try power cycling the Node 2, the Apple Time Capsule, as well as the MacBook Pro running Roon Core to see if this gets the Node 2 discoverable in Roon?

If the power cycling of the devices does not work, could you tell me if you are able to see the Node 2 when you use the BluOS controller app from the same MacBook Pro that your Roon Core is running on? I’ve included the download link below.

Hi John, I restarted the components in this order: Apple Time Capsule, Node 2, MBP. The Node 2 is still not discovered in Roon.

I downloaded the BluOS controller app for MBP and when it starts, it briefly says it is looking for a player, then it settles into the attached screen view.

Then I checked my folder Security & Privacy folder in Settings and it shows BluOS and Roon are allowed access. Also, the Firewall is switched off for the moment. 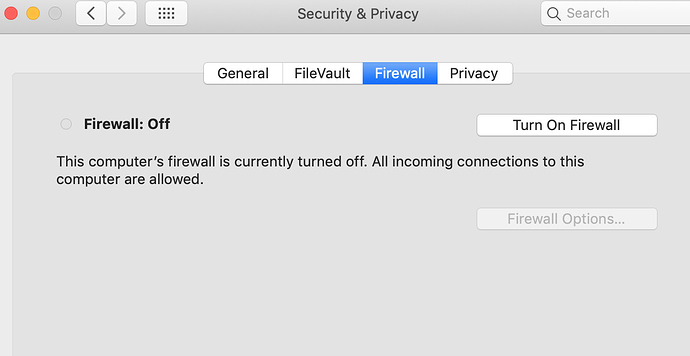 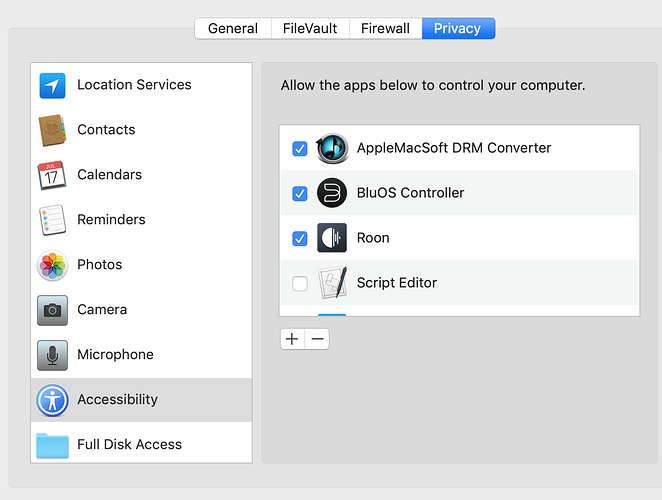 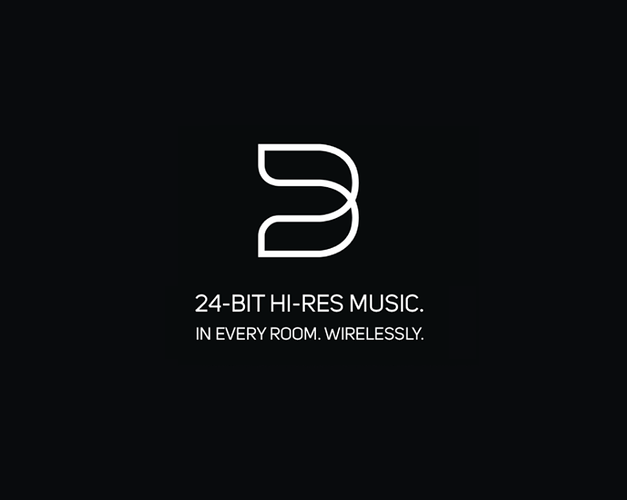 Thanks for the detailed report! Based on what you’re seeing, it appears that there is some networking or hardware issue that is not related to your MacBook Pro or Roon configuration.

Bluesound as well as Roon rely on multicast packets on your home network. If the router does not handle multicast traffic correctly, you can see issues like devices being visible from certain computers on the network but not others.

We have received numerous reports over the years of Apple routers causing issues with device discovery, that’s where I would focus my attention first. You may also wish to reach out to Bluesound support to see if they have any ideas as to what could be causing the issues with discovery.