A user in China uses one Silent Angel M1T and one NAS with Roon Core installed to use Roon feature. The Roon Remote app shows abnormal duplicated albums as the screenshot: Dropbox - RoonOnNAS_20220318_Roon_Duplicated_Album.jpeg - Simplify your life

And here is the Roon Core log from the NAS:

Please help to check if we can do anything to help. Thank you!

They are wav files. I would look to see if they have any metadata associated with them, roon.may have made each one an album.
If there is no metadata then add some or select all the tracks fom an album and edit in roon to join them.

I just found this article today, I’m the one who met this problem. Thanks a lot to Chorus.

Before I describe more details, this is my first post. I shall list my gears at first.

You may see them as following, 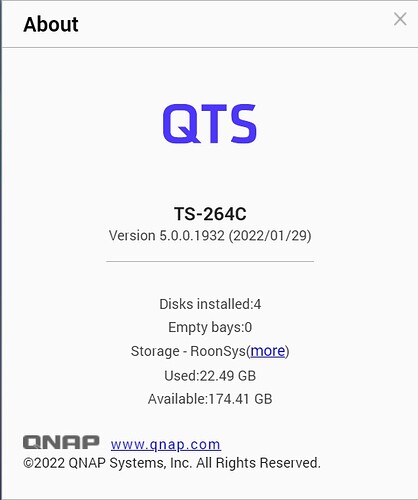 My music documents are around 2.5TB, they are mostly one album in a folder contains a wav file, a cue file and artworks. After tried Roon, I split most of them into wav files, each track a wav file. I thought it’s easier for Roon to identify the albums.

For the 2.5 TB music files, I used to separate them into around 40 folders, and named the folders in their genres or titles. For imported them to Roon, I used ROONALBUMTAG to tag the same name of each folder, so it would be easier for me to know the location of every album.

After split into one track one wav, there were more than 1 TB had been imported into the folder named ‘Music Data’ on NAS. And I could find them in My Albums, there were almost no duplicated albums. Please see the following picture, 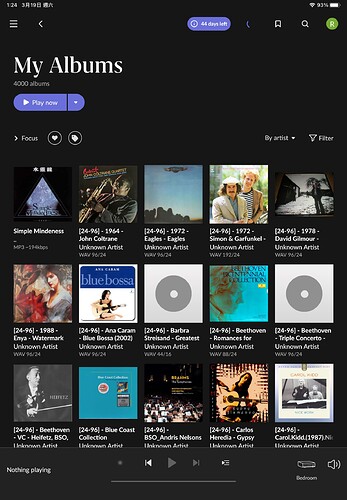 You may see the following picture which under My Tags\POP CHINESE, there’s a file just one track of Chinese song doesn’t belong to any album, which I guess Roon couldn’t identify it. Since Roon couldn’t recognize this song, this file was duplicated everyday and gave it a new name in date and numbers. You may see the duplications increased day by day as I mentioned. 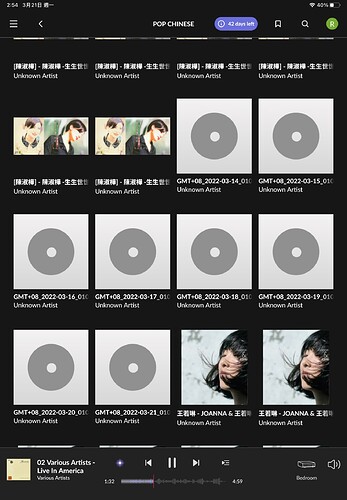 I had tried to uninstall Roon Coer several times. I also tried to delete the folder ‘RoonOnNAS’ or every visible folder in ‘RoonServer’ folder before uninstall Roon Core. After uninstall, I restart the NAS before reinstall the Roon Core. But after reinstall, the duplications were still there, it kept increasing every day.

Each time when I reinstalled Roon Core, the NAS rescan the files in ‘Music Data’ and it never stopped. Sometimes it occupied so much resources of NAS, I had to wait more than 5 minutes to play a new track, and then I have to reinstall again.

I like the sound that Roon played, so I spent a lot of time to split files and tried to resolve the problem I mentioned above. There are still some other problems, but hope this issue could be resolve at first. Any suggestion will be appreciated. Thanks for your reading.