Roon does not scan half the album

I have an issue with part of some albums. It’s a little hard to know which ones, because it’s abouut the ones that aren’t there while they should be. As an example I’ll use the Vivaldi / Rachel Podger 2 disc SACD L’Estro Armonico (24/192).
I was trying to identify the album when I found I only have the 2nd disc in Roon while I have both on my NAS (Synology DS 415). The files play fine with MediaMonkey on my laptop.
If I do a search for a particular part of the name of a track (RV 549, say) Roon will detect one track with that bit of information (out of three present), but it won’t play. There is nothing tó play; it looks like: 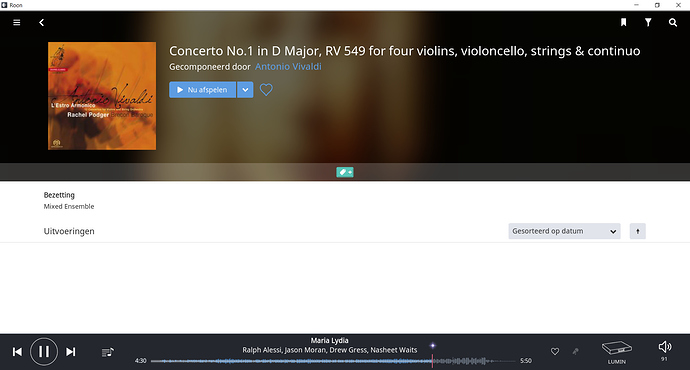 Funny thing is, that search result is arbitrary. Sometimes I find one of the RV 549, sometimes the RV 519; if I search with ‘RV 5’ as an argument Roon will suggest some 5 results, and upon enter will tell me there’s nothing found.

This is what’s actually there 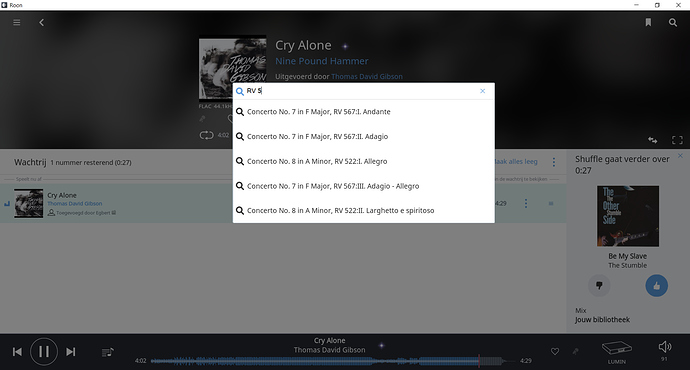 This is what I hope to find (funny, this is the first time they show up at all, out of some 20 tries) 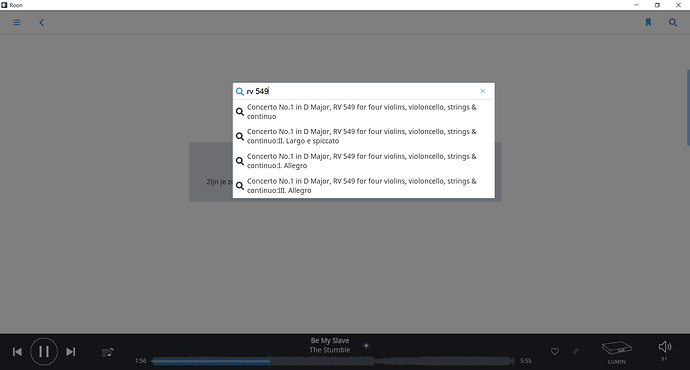 This is what I actually get (and it does not play): 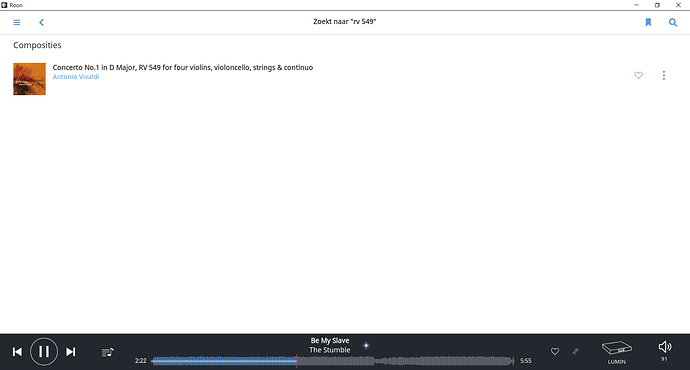 I found a couple of topics a bit similar to this and tried the remedies:

what system did you use to rip them? could the rips be sub-par?

@bearFNF: seeen the article; funny thing is, it’s one complete disc from a set of 2, and they play well with other players like Media Monkey. None of these are in the skipped files.

Now this is funny. It’s a disappearing act. Did a little update this morning. Ilse DeLange, Live in Ahoy. Had the album 3x in the list; once for the double disc flac, twice for each disc as wav. Combined the two wav discs to one album, the flac album disappears. No longer to be found. Up in smoke…

Are they hidden? Check in settings and see if “show hidden tracks and albums?” is enabled. Roon may think it is now a duplicate?
Adding @support to see if they can help.

@bearFNF
Ilse is back, so that may well have been the ‘show hidden’ feature.
Also the missing RV’s from Vivaldi are back (including the version that was imported)
Problem solved
Tx for the tip.