MacBook Air is Ethernet connected to a switch. Connected to the same switch is a Raspberry Pi 4

Description of the issue: The local library resides on the Samsung T5 SSD that feeds into the MacBook Air running Euphony from the same Samsung T5. When I run Euphony in Stylus mode, my library is perfekt. But when I run Roon Core from Euphony and I use an iPad with Roon remote, the library is completely garbled. The actual albums are OK when looking at the tracks, but the covers associated with the artists are completely wrong in many cases. The attached file shows an example: Allen Toussaint’s ‘The Bright Mississippi’ is associated with a cover from Donald Byrd’s ‘Black Jack’. Likewise, ,Atlantic Jazz: Soul’ album (Various Artists) is covered by John Coltrane’s ‘The Cat’.

The actual albums, though, show the correct covers.

Any input is highly welcome!!

In the meantime, I managed to solve the problem of mixed-up covers when running Roon Core in Euphony. In > Settings > Setup, I needed to Clear Cache, and in the Settings > Library > Import Settings I changed Metadata preferences for albums to ‘Prefer Roon’ (see attachments). I don’t always get the same album covers as in my library, but at least there’s no mixing up of the covers.

So consider this issue to be solved! 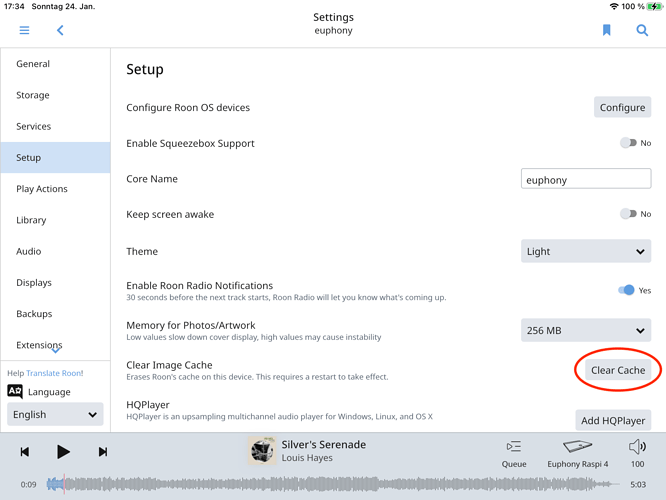 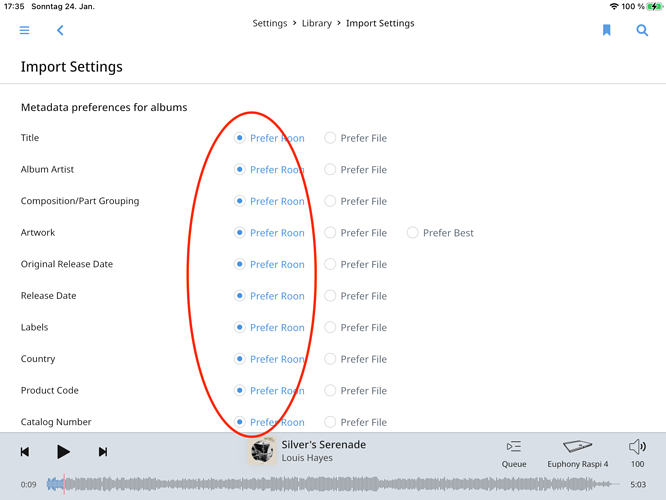