Are you trying to reinstall?

If so, you might try the reinstall steps first.

Till now the Extension Manager only supported extensions that are Node.js based and installable via npm (cross platform). Not all available extensions are created this way, meaning that only a subset could be provided to the user.

To improve the base of extensions that can be included in the repository, I’ve now added Docker container support to the Extension Manager. For the look and feel I tried to make the support for both types as similar as possible but there are also differentiating features for both types. The table below shows the details from an extension perspective.

An extension can support both types so that the best fit for the environment can be picked. An example of this is that containers will be preferred if the Extension Manager runs in a container itself.

As can be seen above, Docker container support requires a Linux system, it will not work with Docker for Windows or Mac. This is caused by the virtual networking used by the included virtual machine, this type of networking is not supported by the network service discovery method used by Roon.

The options for a working container setup are:

Install Docker via the package manager of your distribution or get it here. At startup the Extension Manager will detect the Docker installation and makes the additional extensions available.

The more powerful models of the Synology and QNAP NAS’es have container support. By creating a container for the Extension Manager and passing it the path to the Docker socket it will make the additional extensions available.

There are different Pi distributions that let you run Docker containers. Maybe the easiest in use is DietPi because it let you install both Docker and the Extension Manager via the dietpi-software tool. At startup the Extension Manager will detect the Docker installation and makes the additional extensions available.

As this is the biggest change I released since I’m running this project, there might be room for improvement. Let me know how this works out.

So what does the Docker container support bring?

Four new extensions are added to the repository:

If auto update is enabled then the changes will be pulled in the next time the update is performed. It is also possible to update manually via the Settings dialog, select the Extension Repository from the System category and perform the update action.

With the updates in place and Docker installed you can install extensions that run in a container. Here is a screenshot for the installation of the Griffin Powermate extension: 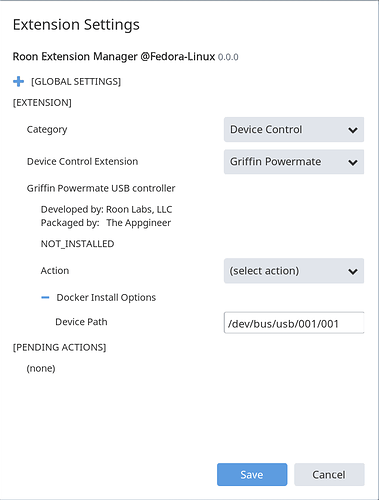 This extension needs to know which USB port the Powermate is connected to, you provide the device path in the Docker Install Options before you select the Install action from the Action pulldown. 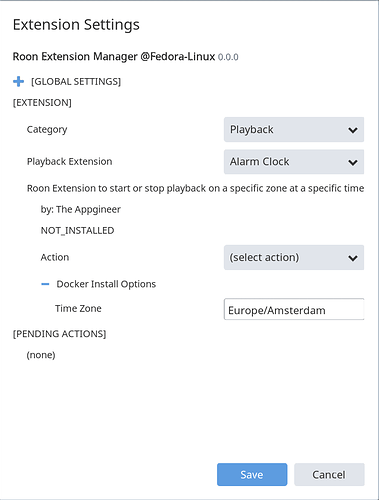 For those who are new to Docker and want some background information, the Orientation of the Get Started guide might help:

Get Started, Part 1: Orientation and setup

1: Orientation 2: Containers 3: Services 4: Swarms 5: Stacks 6: Deploy your app Welcome! We are excited that you want to learn Docker. The Docker Get Started Tutorial teaches...

A couple of bugs were fixed since the release of v0.9.0:

v0.9.1
Fixed a bug in the initial installation of the Extension Repository

v0.9.2
Fixed a bug in the storing of user settings during Auto Update

v0.9.3
Fixed a bug in the querying of available containers

v0.9.4
Fixed a bug in the repository loading after initial install

v0.9.5
Fixed a bug in the Docker detection during repository loading

If auto update is enabled then the changes will be pulled in the next time the update is performed. It is also possible to update manually via the Settings dialog, select the Extension Manager from the System category and perform the update action, do the same for the Extension Repository.

I have just downloaded and run the windows extension manager installer. Everything seemed to go smoothly until the very end. The service will not start, this is the error.

Any help would be appreciated

The Roon Extension Manager service is paused and it will not resume or restart.
I suppose the best option is to completely remove and reinstall.

Edit: did a manual uninstall as per instructions and a complete reinstall.
Result = Roon Extension Manager service is paused.
Any suggestions @Jan_Koudijs

Can you relate this to a recent Windows update?
If you type View event logs in Windows search, go to Windows Logs->Application is there an Error on the nssm Source?

No error, just a warning: 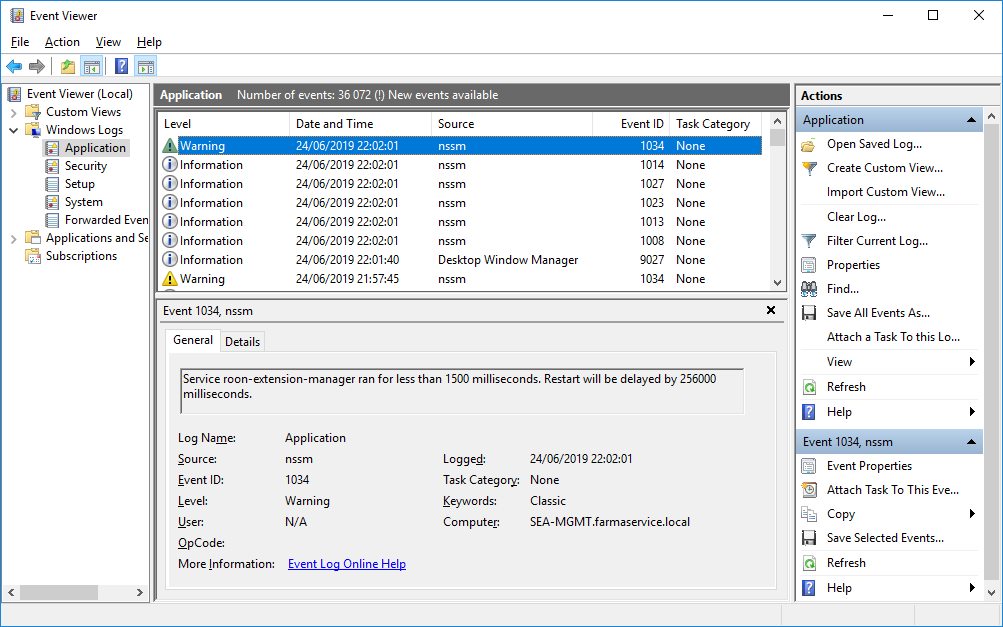 It is possible that the issue started on 18 or 19 June, dates of the last updates. 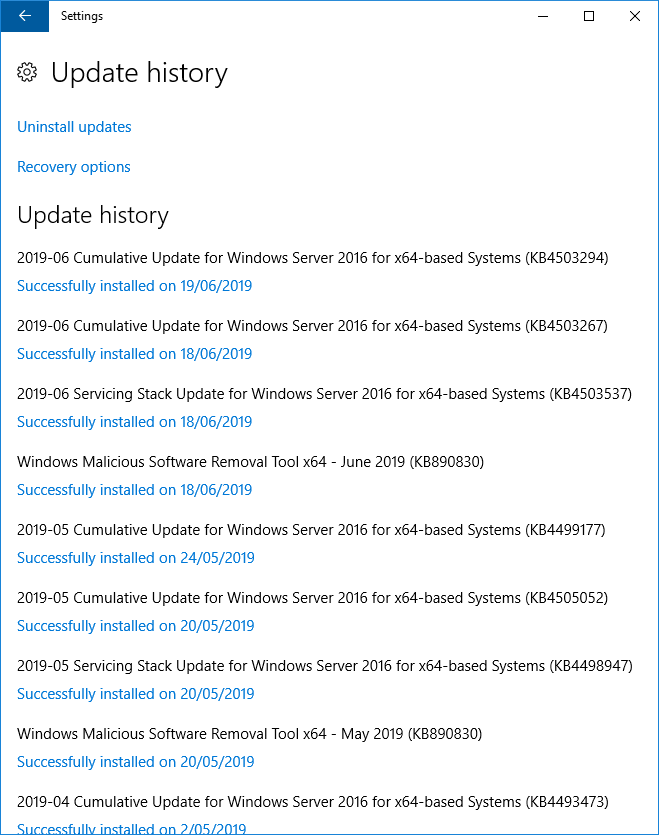 Hmm, on Linux (Centos 7) the Extension manager is also no longer running, I just discovered…

I see now why

What do you get if you:

Does the Extension Manager run or is there an error reported?

OK, there is the problem.

June 12 there was an update of a dependency of the Roon API, does that match with the moment the problem started?

@ben, can this be an incompatibility between the Roon API and ws 3.3.1?

Edit: version that is actually used is 7.0.1

@Jan_Koudijs, same as in Linux…

Yep, you both run into the same problem. I don’t see this on Arch Linux.

Version 6 of node is pretty old and also still used in the Windows install.
Can you somehow update to version 8 or 10 and see if this solves the problem?

Up to nodejs v12 is available directly from nodesource, it turns out.

That does look different. =)