Not relevant, not a networking issue.

Not relevant, not a device issue

Roon often thinks Qobuz albums I have added to my library are not in my library. For example, see screenshot below. Roon Radio selected this track. Click on the album from the “now playing” at the bottom, and the album shows as “Not in library”. However, clicking over to versions, you can see that I have this album from Qobuz added to my library. This has lead to much confusion when I hear something and think I need to be adding it, when I’ve already got it. 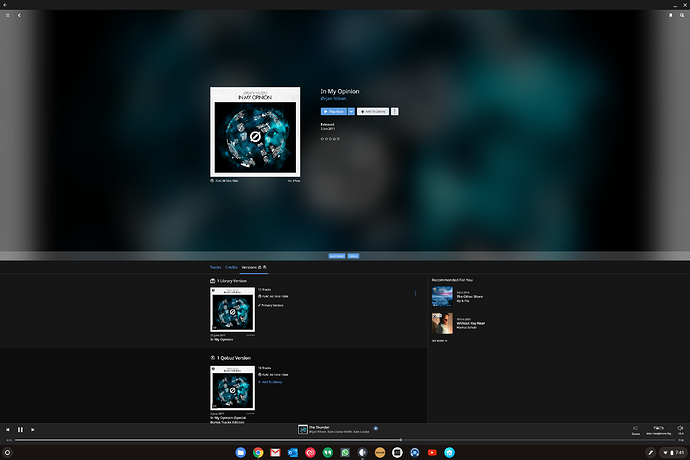 (Also, it’d be super awesome if you fixed display resolution scaling on Chromebooks. The Android app on a Pixel Slate is an exercise in reading fine print…)

Hello @cwichura, and thanks for your report! I’d recommend that we compare the album ID’s to see what’s going on. Could you please do the following for a track of each version of the album: 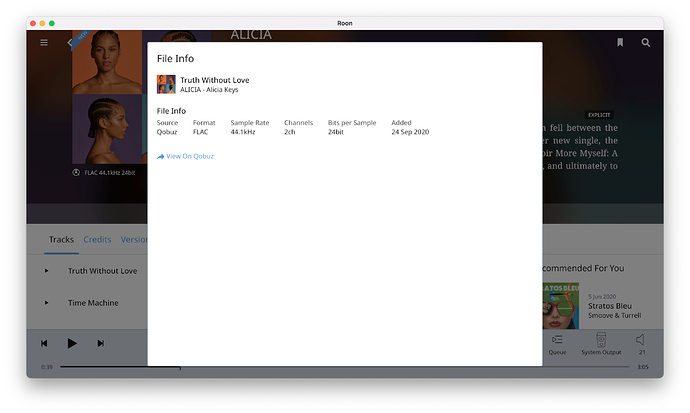 I have also noticed this issue in my N+. I will attach a screenshot, when I come across an album.

Continued from Roon frequently confused about when a Qobuz album is in my library, which was closed after 36 hours from @nuwriy’s response, where work precluded me from replying sooner. (Only 1.5 days to reply? Really???)

Attached is a sequence of screenshots showing this.

Clicking on the album name in the now playing bar brings up the album. Note that it shows “Add to Library”, and the current play count for the song is 1. 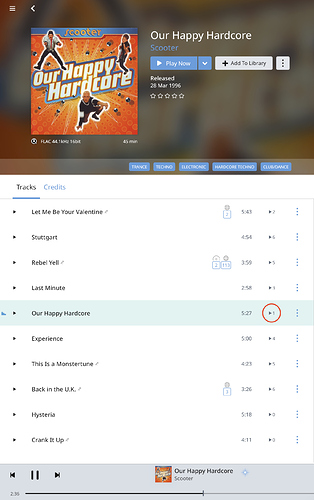 After the track finishes, the play count increases to 2, but the album still shows as “Add to library”. 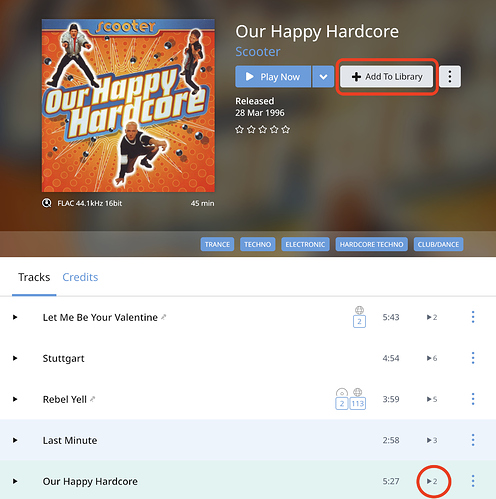 Limited options when clicking the three dots for the track in question. From here, I selected “Go to Composition”.

Note that the composition seems to know that it’s in my library… From here, I select the “go to album” option.

Now the album shows as in my library, and I get more options for the song when I click on the three dots. 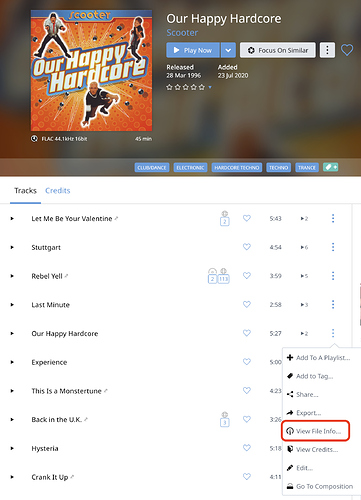 And finally, the “View File Info” for the song.