I am using Roon in these days and I am discovering very little things that confuse me a lot.

One, is the way it manages “Tracks”.

“Tracks”, for Roon, means ALL my tracks, taken from the albums.

But, “Tracks”, for Tidal, means ALL the tracks that I added as “favourite tracks”, but they don’t come from an album, they are just tracks.

Tidal, according to me, handle “Tracks” better than Roon, more smartly, because, I can have many single tracks that I don’t want to relate with their album, I only want them as tracks and also I don’t want see them in the ALBUMS in Roon because they will confuse me and also they will be INCOMPLETE albums.

Also, and most important, in TRACKS in Tidal, I can sort them by artist or year or what I want while, in Roon, they are mixed (of course) in the album stuff so I cannot even see them separate from the albums.

Also, and most important, a workaround could be ADD TO PLAYLIST in Roon, in such way I will finally avoid that Roon adds them as album and I will have them only in such playlist but… WRONG, because they will be treated like a playlist so… NOT SORT POSSIBLE as artist or year or anything… only manual sort or date added sort.

Not sure if this will help you but I can sort this test track playlist I just created.
You can sort it and add different columns by turning them on or off.
You can click on the heading to sort and there is a filter also. 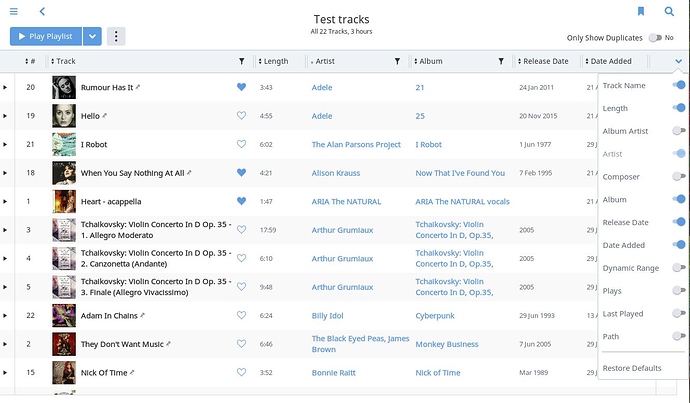 The “Focus” function also has lots of options for sorting and filtering. 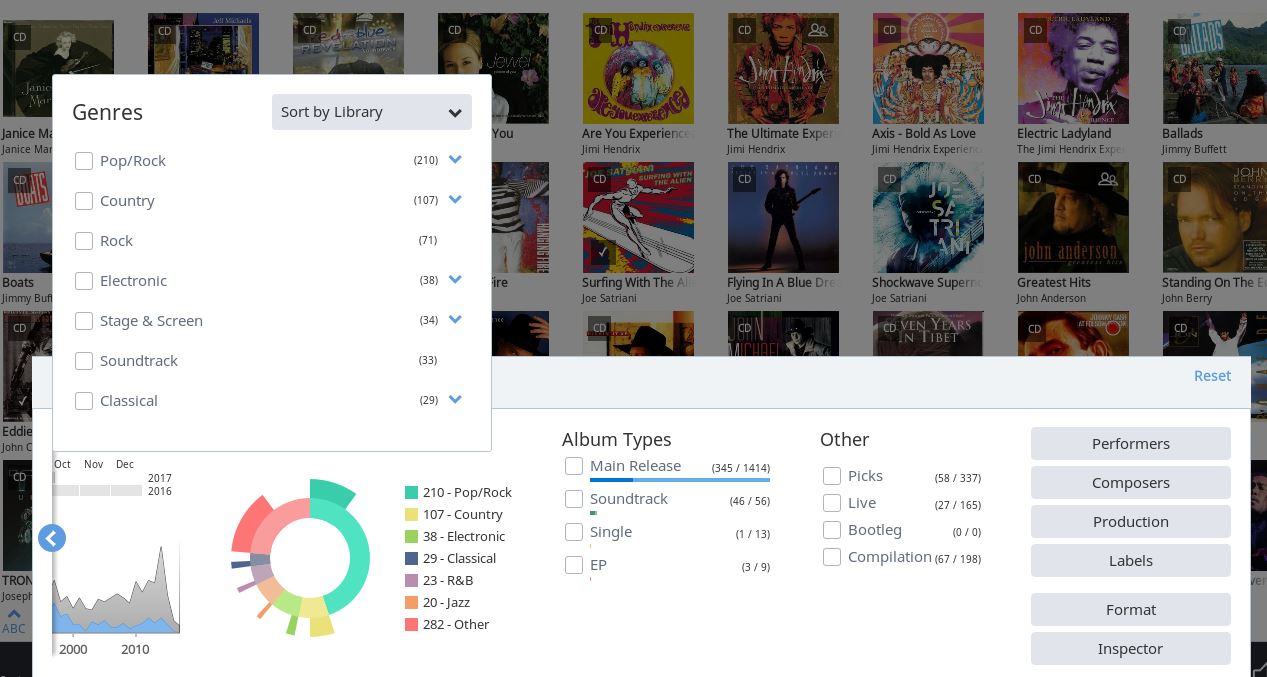 Also note that if you just want to view your Tidal favorite tracks, you can do that in Roon:

My selected Tidal "Tracks" are mixed in with "Albums" in ROON, Roon Software

Hi Linda, If you go to the left hand menu and select Tidal and then Your Favorites tab, you should see your favourited Artists, Albums and Tracks. Is that what you’re looking for? Cheers, Greg