So I understand that Scott’s file had a series of node points in it,

It was a convolution filter, just like you would get from HAF/REW, in this case via Acourate. Typically Roon will use one core per DSP zone, which can be split with Parallelize Sigma-Delta Modulator which can split this across cores if you are really hurtin’.
That thread showed that in every case tested, the i3 could do what the i7 could. We did not get to a point where the i7 could do something the i3 couldn’t. That will happen at some point, but Roon got pushed fairly hard and help up well on the i3. I suspect this will happen when Roon is asked to manage a large library, upsample to DSD AND do DSP (probably in more than one zone). That is a LOT. If you are pretty sure you’ll only use one zone for DSP and little upsampling, the i3 will get it done.
Then, you also need to ask the price/performance question. At some point this decision is akin to buying an insurance policy. If you only have i3 money, you should just get the i3 and be pretty confident it will do all you want. If you are a little uncomfortable about future needs, you ‘buy up’.

From the various posts here I have heaps to play with before I need to make any purchase. I may just be lucky that the Gen9 NUC mentioned are in good supply by the time I’m ready. Thanks for the history lesson as well mate, very interesting!

By the sounds of it, I’ll likely wait for the next gen NUC range to come and just go for an i5 which should suit me fine for the foreseeable future.

DSD seems to need more grunt which isn’t much of an issue for me as I have little DSD in my collection.

It’s up-sampling a PCM stream to DSD that takes its toll.

It’s also downsampling dsd to pcm if your dac can’t handle dsd and you have dsd files in your library, that too will pound a cpu

who wants a screaming PC tower with huge fans to run Roon Core?

I do. Given the recommendation to put the Core away from the listening space, the computer noise really doesn’t matter.

But, if it did, then your characterization of screaming is way overstated. It is easily possible for a large very powerful tower to be quieter than a NUC. The larger airspace means you can use larger fans moving at a slower rate, ie lower noise. Additionally, there are specialty fans made to quiet that can be employed in a desktop case, not in a NUC. And finally, you can have direct control over fan decibel levels with the right fan controllers.

And finally, there are desktop cases made with internal sound dampening materials if you need it.

I even use a fanless power supply (in my tower case) and fanless CPU cooler. So the case fans (easy to control) are the only moving parts!

These puppies run pretty hot and with ambient temps in the low 30c’s these help a lot…also weight down the devices nicely. 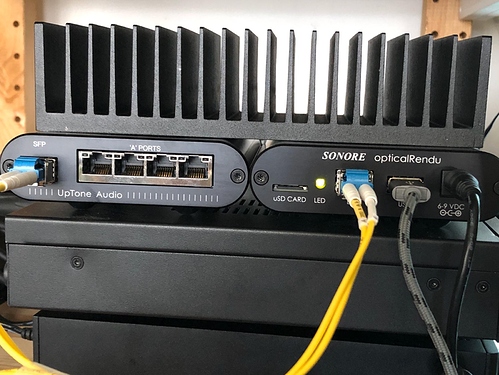 Since @wizardofoz lives in Singapore, I think when he says ‘ambient’ he is talking about the climate.

Ahhh, sorry my mistake. I thought he meant the ambient temp of the Sonore.

, low 30’s C. is still too hot, climate or device regardless.

Yes indeed outside ambient hovers in low 30’s in the day.

I have an i5 NUC running ROCK, which I initially had in the listening room with a direct connection to my dac. Even under no/low load you can hear the fan which is (due to it’s small size) rather high-pitched. I would not recommend that in your listening environment. I’ve since moved the NUC to my server closet and I’m super happy. There are no noise issues this way, and you don’t need to replace the case to make it fanless. The sound quality is also better due to the noisy nature of the USB output on the NUC. You could keep the NUC as local endpoint with a fanless case replacement product from akasa, even with the i7 model (double check part numbers as there are different generations of i7 NUC’s and Akasa cases). Cooling will be no issue, but you will still have noise on the USB out which you have to get rid off somehow. Using a streamer instead is likely easier.

My small i5 has no issue with local 24/192 FLAC files and it is highly unlikely this is an issue from the side of the computer, most likely a network-issue or the service itself.

I would go for an i7 NUC if you intend to do high levels of room correction and upsampling in multiple rooms, if not, just get the i5, stash it away and stream to your streamer from a different room without any issue in terms of acoustic or elektrical noise…

I think I can speak to my experience on the matter. I have Roon core running on a general purpose i7 desktop in my study, which is connected by ethernet to my netgear Orbi main.
My output to my main setup in living room is through a Rpi running roon in my living room speakers. I have other smaller setups in other rooms which use chromecast, airplay etc.
As for the living room, it happens that my Rpi is connected to my main Orbi through ethernet cables running through the walls (it is a newly bought house, so I had the luxury to do that). BUT, it also happens that the Orbi setup is right there, next to my 4KTV, RPI running roon and speakers. Now that gives me one direct ethernet connection from my Orbi main and 4 ethernwt connections from my satellite around my living room setup. Now it just happena that I have connected my satellite ethernet to my TV, Apple TV, philips hue bridge etc and my direct one to my Rpi endpoint. However, if I flip it around and connect my Rpi throb the satellite and use the direct one, to say, my TV, I find no discernable difference. My TV and apple Tv easily streams in 4k even when connected to my satellite for example.
It must be noted that the backhaul for the Orbi (Atleast RBR 50 which I have) is a dedicated 1.7 gbps wifi, and not the Wi-Fi bandwidth shared with home network. In theory this is faster than the 1gbps ethernet speed provided by Orbi for wired connections and connects only one satellite so there ia no bandwidth splitting. Ofcourse with any wifi, speed will be impacted my distance, but atleast in my setup, where the distance between the Orbi and the satellite is about 20 feet (one wall) there is not much issues.
So I would say, in your case, you can try a reverse of my setup. Connect your roon server by ethernet to your satellite and let the Orbi backhaul connect it to your streamer. While Roon does suggest wired ethernet connection, I think the dedicated backhaul is more stable and much faster in practice (and less interference) than regular home network. So try it out. 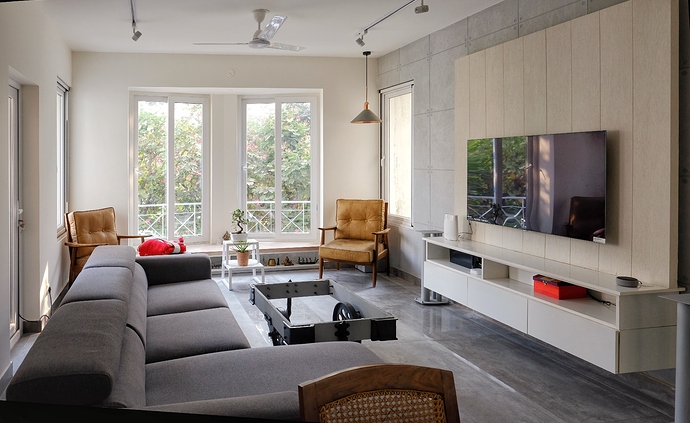 NUC 7i5 running ROCK with Akasa case. I use DSP for room correction with one endpoint and have no problem with 24/192 files. IMO The Akasa case looks good. It was $660 all in and that was over a year ago so prices are likely less. It does everything I want it to. Real happy with the utility of turning if off and on and not have to futz with it.

@wizardofoz, where does one get a heat sink such as yours? Looks like something I could use.

I guess you could cable tie it on or rubber bands maybe OK too if you cant get any thermal tape. Mine just sits on top happily doing its thing

Yes this is going to be my first attempt and I will use my MacBook Pro as the Roon Core to start and then try room correction and upscaling to assess the limits. Thank you f very much indeed for taking the time to share your setup and experience which Is very relevant to me.