i could see that those 4 were different. This is just a quad core i5. However, it still looks little different to the blue chart and in the one that shows green/red, it moves to the left all the time so levels change. I think having only 50% to 75% at most being used is hardly nearly all. The only setting I have had a problem with is the Crossfeed and none of the cores are anywhere near 100% in use. I don’t need crossfeed and i have tried every setting with DSD5EC and ASDSD7EC and experienced nothing untoward except differing sounds. 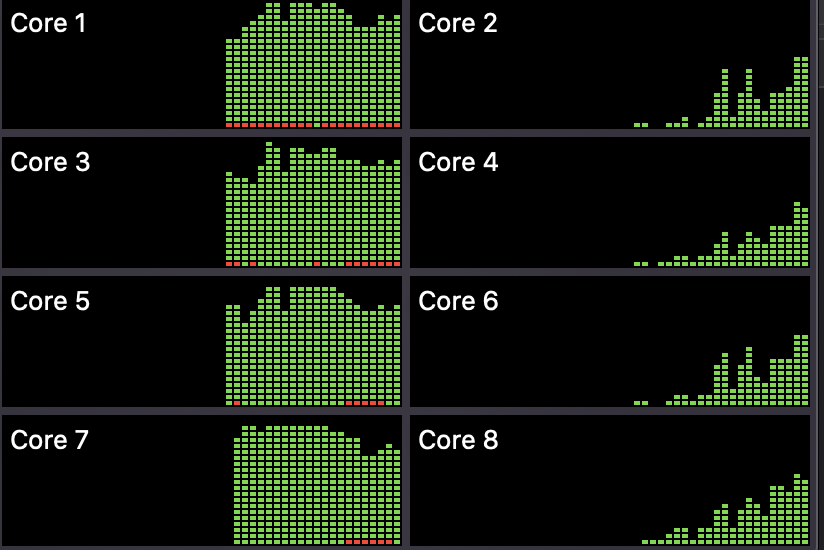 This shows the cores when I am encoding cd’s to DSD128. As you can see the Core usage is almost complete. HQP has never got that high and neither has Roon with Croos feed or without. Whatever causes the problem, albeit intermittent, it isn’t lack of core power.

With regard to ROON and HQP I wonder if the fact I now use a MicroRendu has anything to do with having no problems at all with any of the settings, except crossfeed, and even that is vastly reduced. It’s just a guess as I am using electricity and it seems electricity causes problems with audio sound.