Core Machine (Operating system/System info/Roon build number)
Windows 10, latest build (I cannot find a an ‘about’ page to tell you the build number)

Network Details (Including networking gear model/manufacturer and if on WiFi/Ethernet)
Roon core is on dedicated Windows 10 machine on ethernet.

Description Of Issue
When I add a new album to my NAS storage, Roon scans the album but always ignores the first track. Doesn’t matter if I tell it to re-scan. The only fix is to shut down Roon server and restart it (basically I reboot my dedicated Windows 10 machine).

For this, click the Settings “gearwheel” icon, then it’s on the System > About screen.

Can you share some screenshots of an example of this? We’ll want a screenshot of the following: 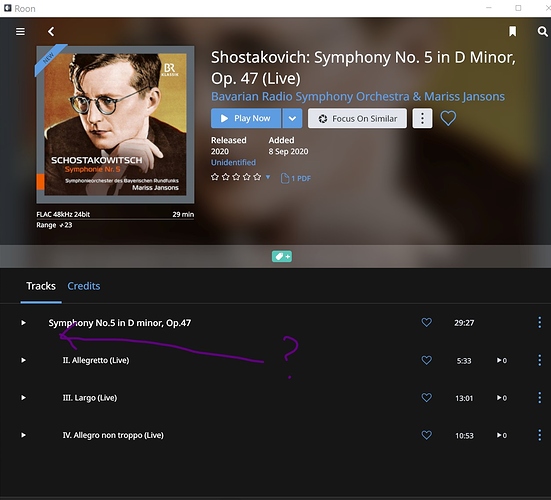 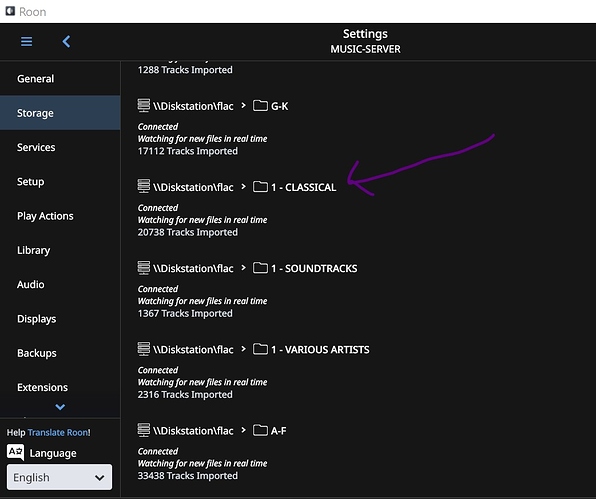 I notice in the screenshot of the Album details page, the album is showing as “Unidentified”. Have you tried manually identifying it? Because this album is known to Roon’s database, I think. I’ve just added it from Qobuz to my library, and it’s been correctly identified. 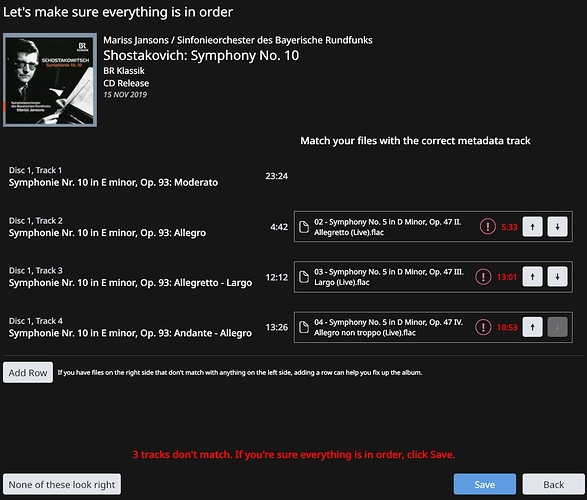 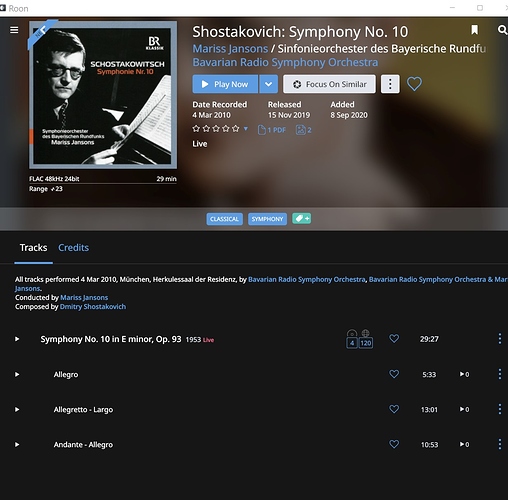 I suspect that there’s something odd about your metadata in your ripped files. I expect @dylan will ask you to zip up an album folder and send it in for investigation.

Just a thought, but you haven’t got mysterious albums appearing in your library which contain just the first tracks, have you? It may be that the import process is choking on the metadata and splitting the album into two albums, which will need to be Merged.

Nope, definitely not that. I have seen that sort of thing before (maybe a couple years back?) and I’d merge them.

The album and artist are the same in all 4 files (I use MP3Tag before I copy files over to my NAS).

Besides, this happens with EVERY album (other than ones I add from Qobuz or Tidal) and has been doing so for months (multiple versions of Roon). If I shut down my Roon server and restart it all will be fixed. So there’s a workaround… I’m not desperate… I just thought I should report it.

It’s bizarre… What are you using to rip your CDs, or are these downloaded files that you run through MP3Tag to clean up afterwards?

Downloaded files. And then I clean them up with MP3Tag if anything is amiss. The album in question was purchased from ProStudioMasters for example and I don’t think I needed to change anything.

I occasionally rip a CD but haven’t in a while.

Hello @madfloyd, Geoff is correct. Could you upload a copy of that album here and let me know when you’ve had a chance to do so? I’d like to try it on my side.

Hello @madfloyd, does anything show up if you move this album to a location on your desktop? I’ve uploaded this album to my copy of Roon and I was able to get the first track and play it successfully. I place tracks sent by customers in a very simple folder on my desktop that contains the files you sent me. 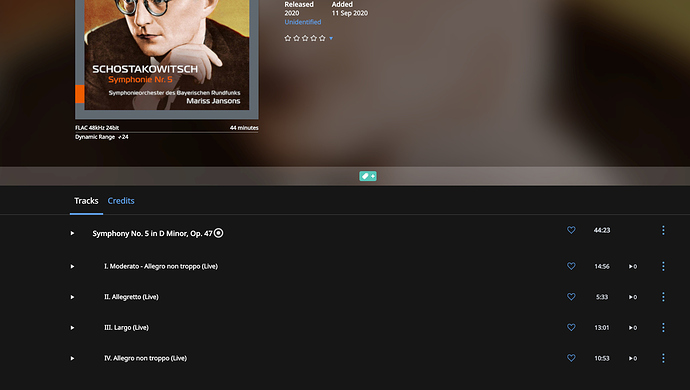