Roon isn't finding everything on Tidal

My Roon is on a Win10 PC and is configured for both Tidal and Qobuz. I searched on Roon for “Jeremy Denk.” Only two albums show up, In fact, those two are in my library. So nothing from Tidal 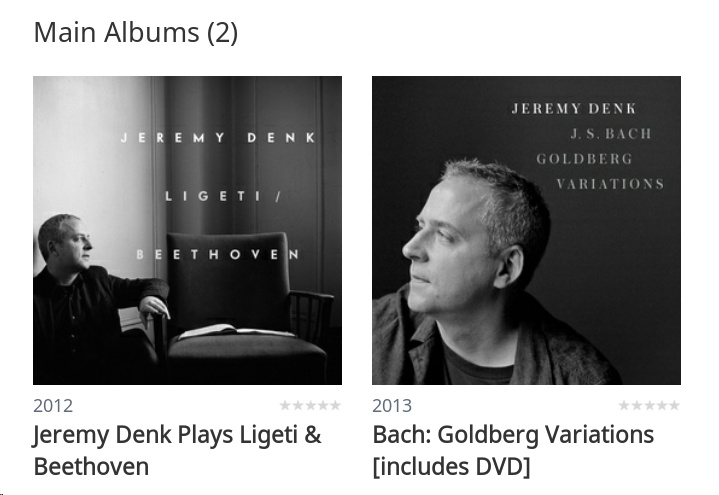 image.jpg719×495 73.6 KB
That struck me as odd, so I checked Tidal. Tidal shows seven albums, including the one just released.

11 on tidal when I look from Australi and 7 from qobuz.

It looks as though you are in Jeremy Denk Artist View, which is good. The 2 albums you see are in your library.

Did you scroll down further? You want to see the section with the words Main Albums, but with Tidal and Qobuz (since you subscribe to both) logos in front. Like this.

That’s where you will see the albums that are not yet in your library.

As Greg suggested, if you scroll down a bit further you should see the other albums that are available in both TIDAL & Qobuz. For example, you can see below that I have 6 main albums for this artist in my library, and one available in Qobuz/TIDAL listed below that: