So everything is set up and working fine, and then out of the blue, sometimes (more often than not) the song will stop playing mid way, or sometimes at the end of the song, the next song on the playlist doesn’t start.

Sometimes, the album art is displayed, other times it’s not

Sometimes Roon looses my PS Audio DAC entirely, and I have to terminate Roon, and re-launch it.

I’m reluctant to pay for the 1 year subscription if it’s this buggy.

Hello, anyone there? I was told to come here for support by Rebeca from the support@roonlabs.com email contact… Isn’t a Roon engineer monitoring these questions?

They do, but response time depends on workload, time zones, … Anyway, speaking as an experienced Roon user: What Mac do you use for the Roon Core? Is it wired or connected by WiFI? WiFi has the bad habit of working great for extended periods and then have bursts of dropped packets because some high-powered neighboring WiFi access point (or an RF-leaky microwave) interferes. Roon’s RAAT protocol is not too forgiving of those lost packets for various technical reasons.

When I tested the connection via a free app called “MConnect” on iPad, it works flawlessly… the problem stems from Roon and compatibility with the Bridge II network card of the PS Audio DS DAC… Moreover, I tested it with just playing music from the speaker of the laptop, and it worked all night long with no stops.

Secondly, when I use a free app from the Apple App Store called MConnect, the app is able to stream continuously without any problems… why isn’t Roon? that is a question for you and PS Audio to figure out … clearly there is a bug in how your two products interact.

At this time, I have suspended my Roon free trial so as not to be forced to commit to my annual or lifetime membership until you folks sort this out to my satisfaction. Or you can give me an extended free trial to play around with it… but I cannot pay $130+ for a product that doesn’t work.
See pic of my Network ping test to the PS Audio DAC… 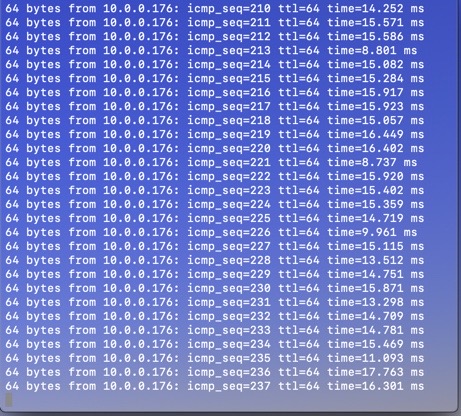 That 0.8% packet loss and the very high max (214.19 ms) are the giveaway. You should have zero packet loss with that equipment, unless there are sudden EMI or overpowered WiFi bursts that interfere with your WiFi. RAAT depends on a reliable channel because of its time-sensitivity. Packet loss on my WiFi, in a very crowded WiFi neighborhood, is 0%, max 18 ms.

@Fernando_Pereira I’m not buying it… that’s a 1 hour run of Ping… of course you’re going to get a max that’s out of ideal… but as you can see from the other screen shot, most latency is well below 20ms… more importantly, a freeware app called MConnect has now been continuously streaming music form Tidal for longer than 24 hours …

Surely if the freeware from Korea can do it, Roon can???

RAAT has stricter timing demands because it needs to be able to synchronize multiple players in a given zone, among other features. It’s their design point, and it works great for those of us who take care to assemble high-quality networks. Other streaming apps instead design for the lowest common denominator networking by pre-buffering a lot of content to absorb packet losses. Different goals, different designs. You pick the one that suits your circumstances, but 0.8% packet loss and > 200 ms ping time are really bad for a well-built home network.

@Fernando_Pereira … .8% Packet loss is WELL below what most networks have that are doing streaming… and there 200 ms is an outlier… most ms was well below 20ms as I stated twice already…

How about letting the guys from Roon explain what’s going on since you clearly are just trolling my thread and spreading misinformation… I assure you my home network is in the top 5% of the network’s in the US.

Packet loss occurs when one or more packets of data travelling across a computer network fail to reach their destination. Packet loss is either caused by errors in data transmission, typically across wireless networks, or network congestion. Packet loss is measured as a percentage of packets lost with respect to packets sent. The Transmission Control Protocol (TCP) detects packet loss and performs retransmissions to ensure reliable messaging. Packet loss in a TCP connection is also used to avo...

I wrote networking code before BSD sockets and the official adoption of TCP/IP in 1982, and I’ve been close to networking ever since. But whatever.

Are any Roon engineers going to chime in on this? I was told they’d respond with in 24 hours…

Hello @Sam_Samaha, could you please reproduce the issue one more time and reply here with a timestamp when you do? I’d like to enable diagnostics for your account and get a report to our QA team for further analysis.