I was checking out the 2012 remaster of Peter Gabriel’s album “So” in the Qobuz PC app. It was playing at 24/96 resolution (same for the Qobuz web player). When I fired up Qobuz from Roon, it said the album was only available in 16/44.1 resolution! I tried playing it though and sure enough the signal path shows that it’s actually 24/96. Why isn’t Roon correctly identifying the resolution of this album? 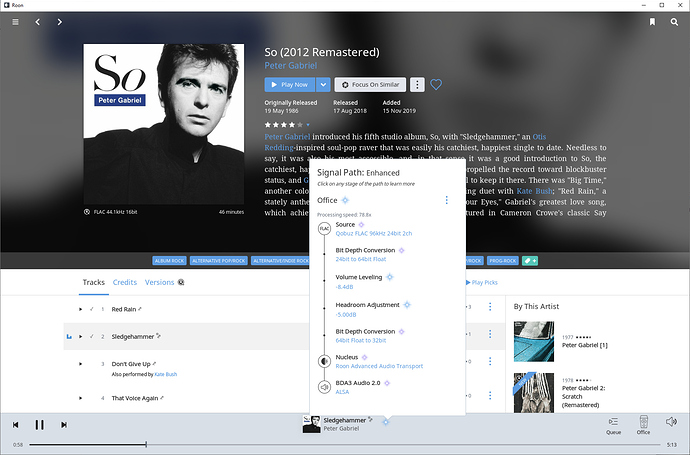 And for further entertainment, the situation is reversed on the 25th Anniversary Deluxe version of “So”: Roon says it’s 24/96 resolution, but when you play it, it’s only CD (16/44.1) resolution! See screenshot: 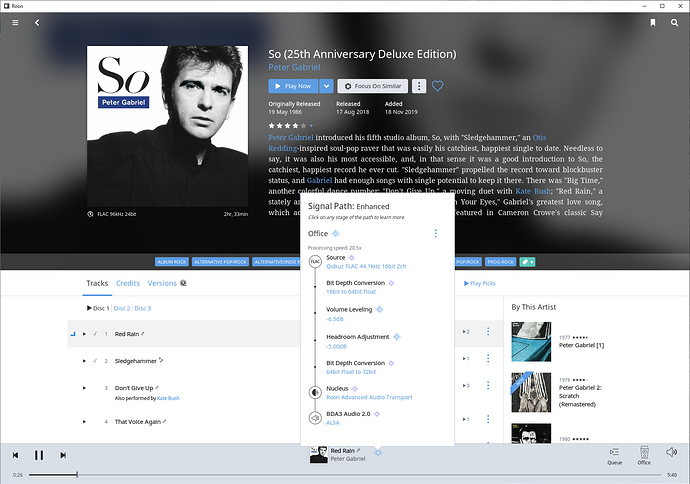 Thanks for the report, @Gerald_Schrader — We are looking into this.

I found that the other Peter Gabriel remaster albums we’re also shown incorrect at 16/44 but played as 24/96.