Roon mistaking one album for another

I’ve no idea what’s going on with Roon’s album recognition logic as it seemingly ignores track duration mismatches to suit itself.

I have a 2014 single track release by Caroline Spence called Mint Condition, purchased from CDBaby before they lost the plot and stopped selling lossless music. Here’s its metadata and artwork: 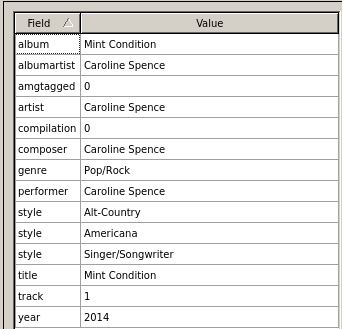 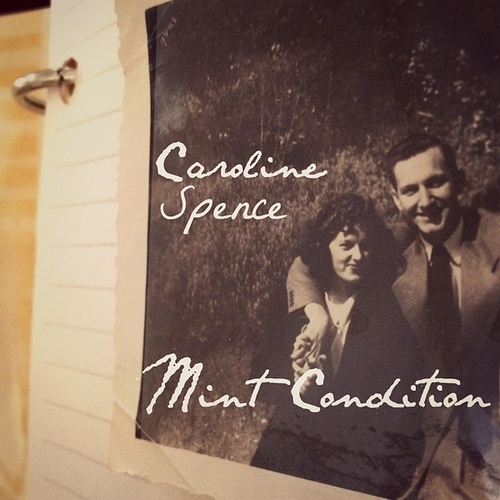 I’m guessing it was an unidentified track/single in my library.

Tomorrow her new album by the same name is released. During the lead up I’m guessing she released a single from the coming album of the same name (I don’t have this single), but hey, Roon decided the single I’ve had all this time is now in fact the single she must’ve released in the last month or so. Roon was even kind enough to suggest I’ve got the track name wrong: 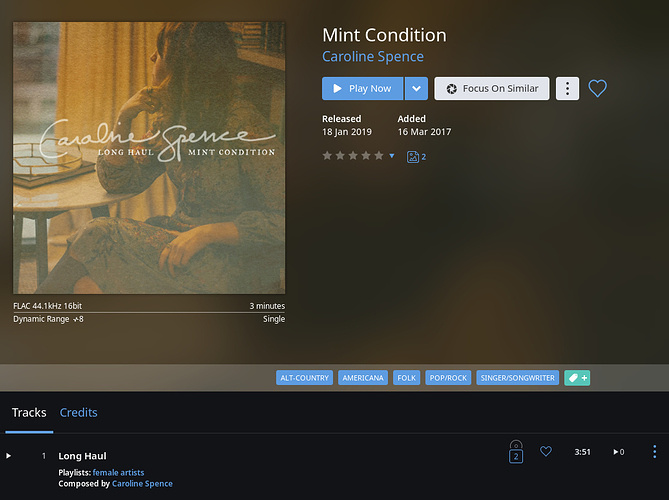 Track duration is: 3:58 if YouTube is anything to go by.

@dylan, there a way of undoing this without forcing Roon to revert to file based metadata?

We looked into this, and it looks like this is an issue stemming from incorrect metadata from one of our providers.

When a single track is imported, we don’t match track times as this can frequently lead to false positives. Our matching generally works very well, but some bad metadata has tripped up our identification process here.

We reached out to our metadata provider about this and they’ve confirmed that they’ve made a change. Once this change is picked up by Roon (give it a week or so) this will be resolved.

@dylan, I manually had Roon reidentify alaum and picked the correct one. Am I correct in assuming then that Roon won’t correct itself when the underlying metadata changes?

Generally metadata updates do occur automatically, but this is a bit of a special case. Since the fix was for an album that is different than the one that was originally being used by the identification process, this didn’t automatically reflect because we don’t automatically re-identify your albums — this needs to be manually done. Moving forward this should be fixed for you since you’ve manually re-identified, but if you’re still seeing any issues with this please let us know