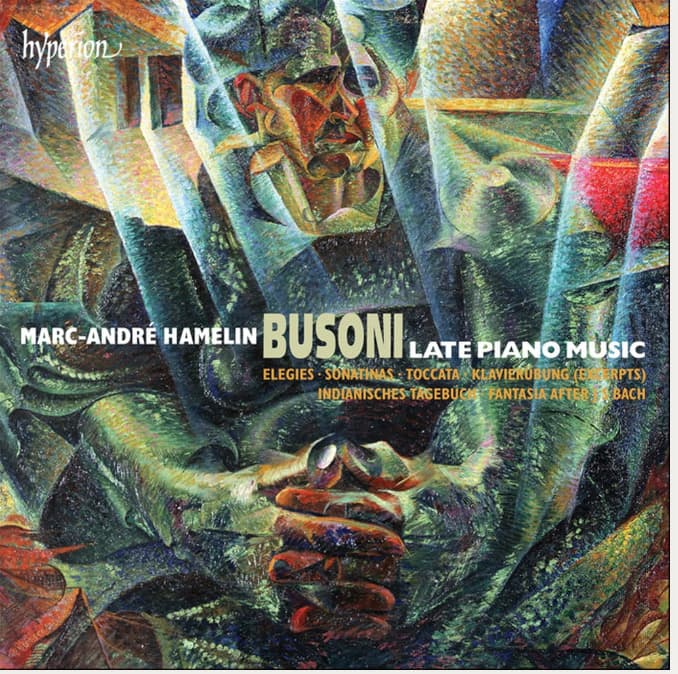 , but Rubsam is now next, bumping some Godowski Chopin transcriptions down 1. Thank you.

I just looked up Colin Booth’s scholarly article about performance practice in the Goldstein Variations:

Fascinating re: Dannreuther vs. Kirkpatrick thinking on Bach performance. We shall never know for certain, given the ambiguity of the scores and the dearth of musical details. I am, though, all for deeper appreciation and excavation of great music. Enjoyed reading this greatly. Have downloaded the pdf you kindly provided and put it into my bibliographic reference database for classical music.

We shall never know for certain, given the ambiguity of the scores and the dearth of musical details.

The aim of the book is to liberate players from a literal dependence upon the score in front of them and reveal hidden possibilities within it, enabling performers to get that bit closer to the mindset of Baroque composers themselves.

I think a lot can be known today about how to interpret notational details or the lack of notation in baroque keyboard music, but it often is at odds with a century of recorded performance practice and, if observed and taken to the heart, may sound wrong to the modern listener…

The Wolfgang Rübsam Goldberg Variations is a fascinating recording on a splendid instrument. Having just been listening to Busoni influences my sense of this, but several things stand out. The listening brain struggles to make these variations flow and cohere like most non-HIP and many HIP recordings. After awhile, the brain relaxes and begins to hear new things that are revealed by the artist on this instrument. As I said, fascinating. I’ve heard some folks describe Bach organists playing Bach clavier pieces “like an organist”. I don’t know if there is some of this in play as well. Anyway, thank you for the recommendation. I’ll have to listen to this as a first listen several times to see what my “hearing brain” does with it. It progressively “smoothed out or cohered” as I continued listening. One is left wondering if this is what Bach imagined before executing it on a lyre harpsichord (as he may have done?)?

I’ve only recently discovered Rübsam and I am fascinated… Right now I am relaxing to his Pachelbel recording… What a treat!

I am also reading Colin Booth’s linked article, which is also quite interesting. Several of his recordings are available on Qobuz, and for little money on his website. He definitely knows what he is talking about with regard to performance technique of 18th century keyboard music…

I am glad you liked the Rübsam recording… His version of the French Suites is glorious. And yes, what a wonderful instrument!

BTW, to return to the Marc-André Hamelin Mozart Piano Sonatas recording, the Rondo in A minor K 511 is one of the most beautiful pieces Mozart composed for the solo piano and Hamelin plays it heartrendingly well. Can clearly hear the future Chopin in this. Highly recommended. Of course I’ll be listening to more Wolfgang Rübsam Bach performances per your enthusiastic endorsements above.

Went down the Keith Hill rabbit hole (http://keithhillharpsichords.com) last night and this AM. A unique instrument-maker with some intuitive ideas re: acoustics. His instruments are extraordinary. Wanted to learn more about Lautenwerks and Mr. Rübsam led me to Keith Hill’s site, where sound samples from various Lautenwerks are available. His harpsichords sound magnificent. His Lautenwerks challenge brain/ears, but worth some effort.

Yes, this is an extremely rewarding line of exploration. Only this morning I read the few paragraphs Keith Hill contributed to Rübsam’s website on J.S. Bach and the Cantabile Style of Playing. There seems to lie one of the keys to understanding how Bach instructed interpreters on the correct playing.

I have been listening yet again to Rübsam’s Hexachordum Apollinis by Pachelbel; I know other recordings of these six variation sets, but none so soul-gripping as this one played on the lute harpsichord. I love the sound.

I yesterday mentioned the English harpsichordist, instrument maker and scholar Colin Booth. I read his article about ornamentation in the Goldberg Variations and, of course, closed out the night listening to his rendering of Bach’s work. I would love to hear your take on this somewhat iconoclastic interpretation. You can find it on Qobuz. By the way, Booth plays on one of his own harpsichords. 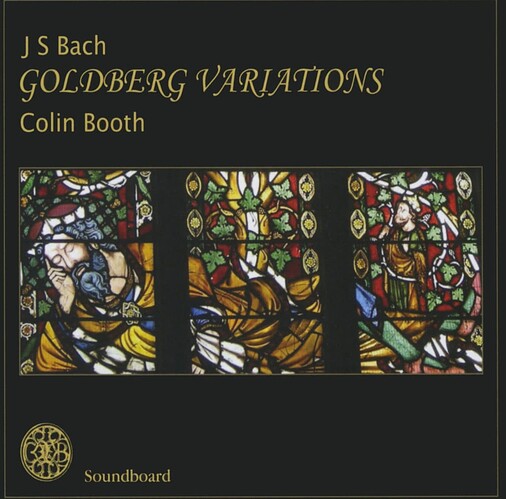 Have a great Sunday!

Enjoying the Pachelbel Hexachordum Apollinis by Rübsam (on his own label), followed by Payne’s performance, first. Thank you very much and making for a most acoustically pleasant Sunday.

Both Mr. Booth and Mr. Hill hypothesize, but cannot confirm what they musically propose, like all music interpreters. The fruits of their labors, as artisans, are, however, self-evident and outstanding. Will have a listen to the Bach Goldberg Variations by Colin Booth in near future. I am by no means an HIP devotee. Just enjoy such performance when done well, as the performances you have suggested are. In much the same manner as I enjoy Artur Rubinstein’s Chopin performances.

Greatly enjoyed Rübsam Hexachordium Apollinis. Riveting composition/performance. Forget my suggestion that he brings an organist’s keyboard sense to the harpsichord. He is an outstanding lute harpsichordist. Thank you for pointing these amazing works out to me.

We’re deep in the weeds with Colin Booth and his book. First, I was initially put off by his Goldberg Variations, comparing it with other performances. I found it right and left hand dysynchronous, irritating and lacking in expected ornamentation, when my brain was locked in on previous performances. On repeated listening, I began to understand what he was doing and found it both creditable, worthy and a remarkable achievement to bring something new and plausible to Bach interpretation. Repeated listening to the Aria with unexpected slurs and the apparent dysynchrony brought me around. I stopped at the 15th Variation and played it repeatedly. Cantabile superbly demonstrated. I did not find the playfulness, though, that he writes about, particularly in the 25th Var.

This is an exceptional performance on a superb harpsichord, closely microphoned (as I usually prefer it to hear the instrument’s singing and mechanics) well-recorded performance. The performance is not representative of Bach GV tradition and I can see how many (most) would be put off by this performance. I know I was until I was not. I would never have sought this performer’s work out without your generous suggestion. Thank you. I’ll be listening to his wohltemperierte klavier next. He has his own recording studio, perhaps because he can record to best advantage or because other labels don’t see the marketability. 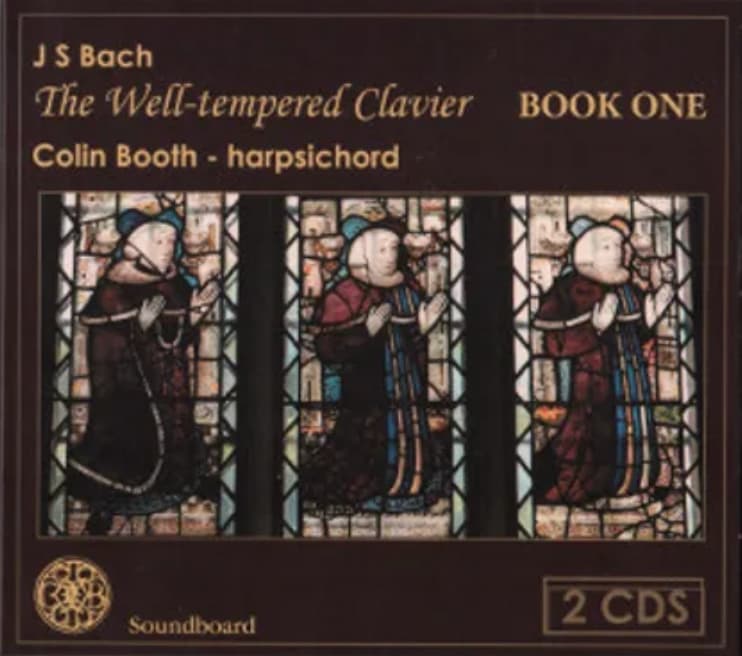 I apologize to others reading this. It is probably not of general interest. But what a unique treat!

I’ll be listening to his wohltemperierte klavier next. He has his own recording studio, perhaps because he can record to best advantage or because other labels don’t see the marketability.

His WTC is a highly regarded performance which I have not been able to listen to, as it is unavailable on Qobuz/Tidal. Same goes for the Rübsam performance on Lautenwerk, which must be digitally downloaded from his website…

Rübsam too is recording and engineering his albums, beginning with his great organ recordings of Bach’s oeuvre from the 1970s, which he later sold to Philips…

I found it right and left hand dysynchronous, irritating and lacking in expected ornamentation, when my brain was locked in on previous performances.

It is!! And this is baffling at first listening. I began to understand after reading through his excellent and well-documented article about ornamentation practice for the GV. Even not being a keyboard player nor musicologist I found the article well worth reading. He suggests trying to mentally sing along one of the voices… trying to separate the voices… with the slight dys-synchronicity this will be easier.

I am glad you find musical pleasure with these recordings!

Is there a hint of festination in Mr. Booth’s playing (initial slowness picking up speed) that results in reduced musical flow? 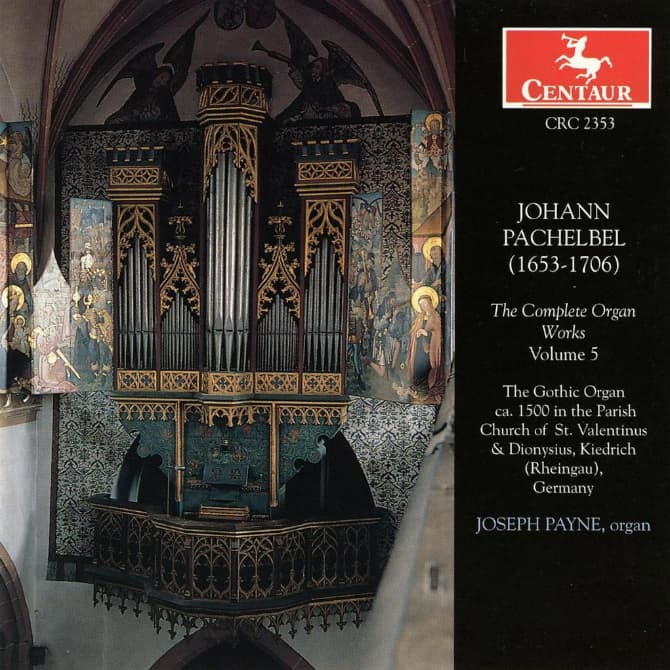 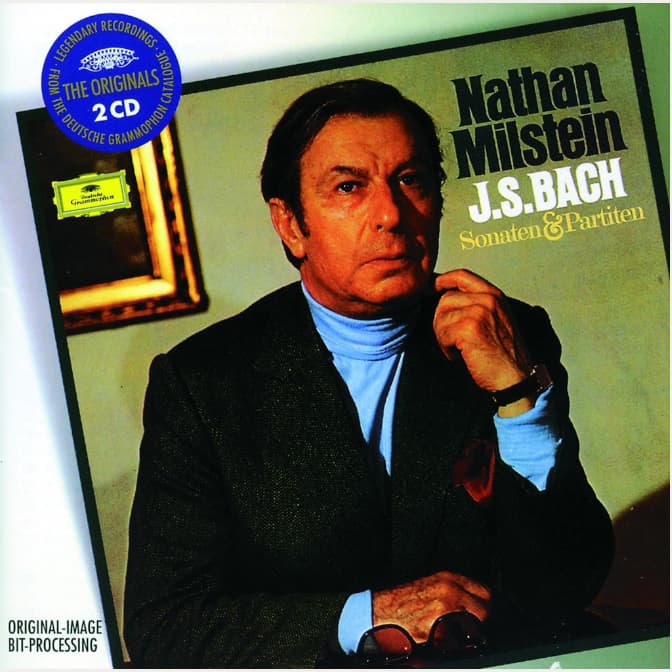 From there to Bach/Busoni transcription of the spectacular Chaconne from BWV 1003. For a wonderful performance see Hamelin plays Bach/Busoni, BV B 24: Chaconne - YouTube. He’s never recorded this for Hyperion. Other enjoyed performances appreciated.

Yes… the Hexachordum Apollinis is fascinating… I also have listened to some organ versions, and the recording by John Butt has stuck. Mr Butt is very well-known as director of the Dunedin Consort, but he is also a well-regarded Bach scholar and organist. This recording was made during his years at Berkeley, California. In this series of five releases there is also a wonderful album with Bach’s Trio Sonatas. He also has released a much discussed rendition of both books of the WTC on Linn, but in me this did not instill the same enthusiasm as, say, listening the first time to Rübsam’s Lautenwerk. It may be Butt’s instrument with its rather undistinguished tone. 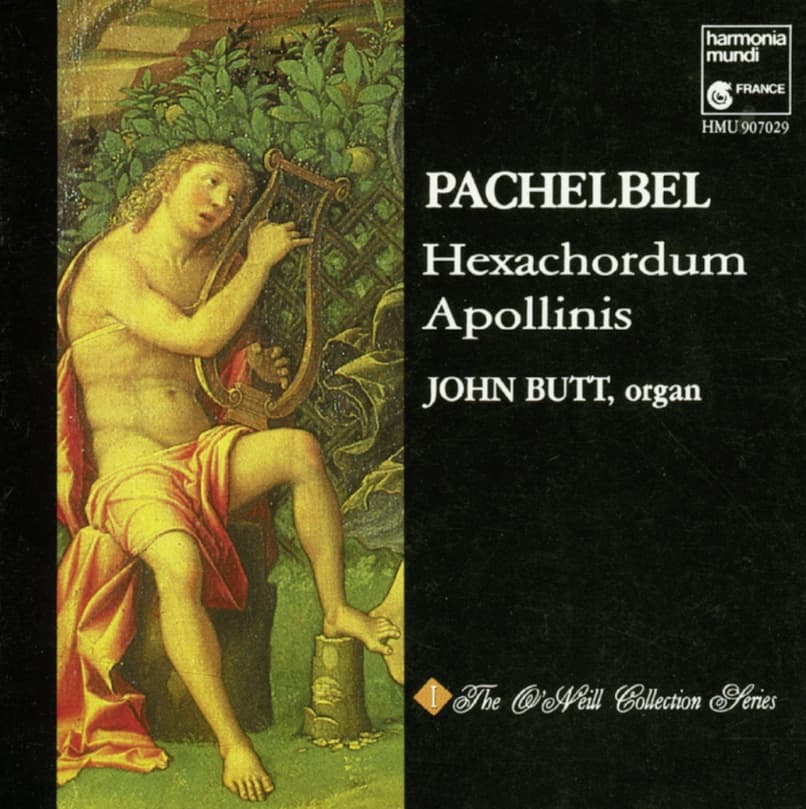 As to BWV 1001-1006, there are so many wonderful interpretations. I have no favorite. But two interpretations I enjoy a lot come to mind. First, Viktoria Mullova (2009). Hers is clearly a HIP interpretation, and of the many available versions one of the best. 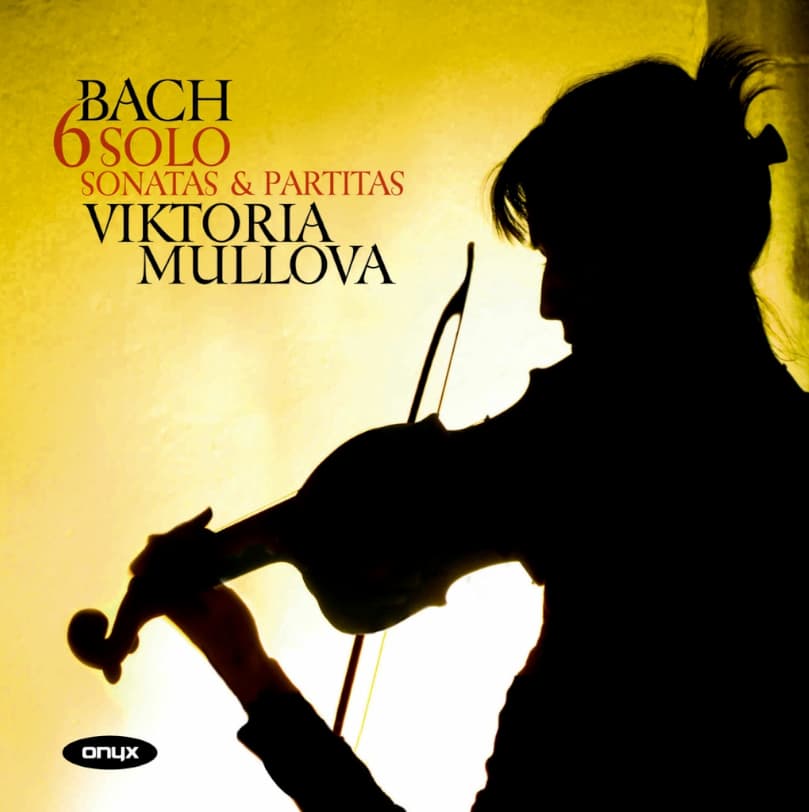 Then there’s Hopkinson Smith’s wonderful rendition on lute from 2000. When I first posted this album on the forum, maybe two years ago, I wrote that his interpretation sounded as if the pieces had been conceived by Bach for the lute. I find it a very enjoyable listening experience, especially late at night, as lute music shouldn’t be listened to at loud volume levels. 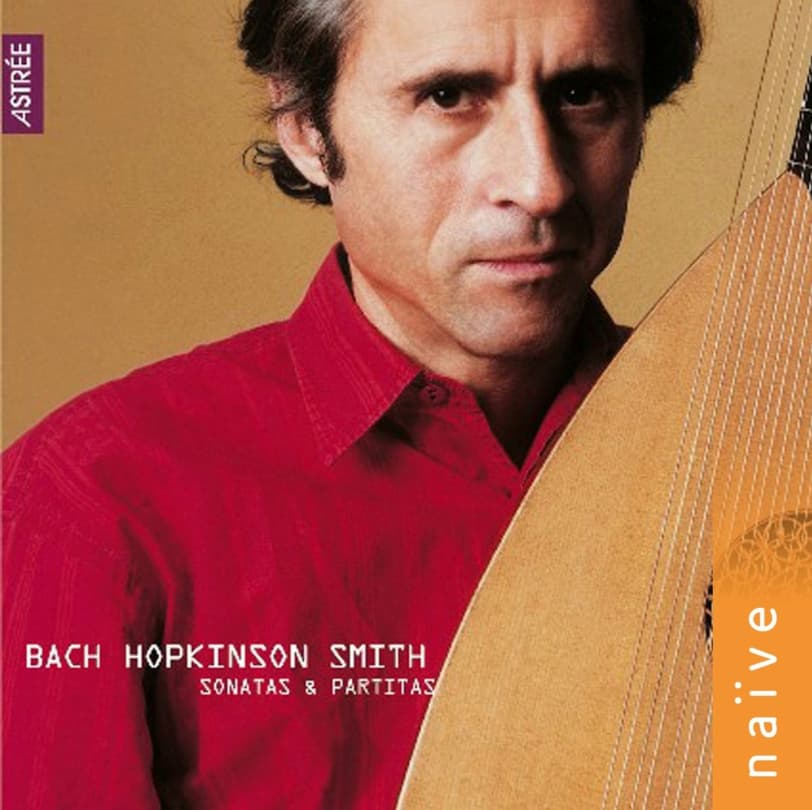 Thank you… I’ll have a listen to Bach.
Also noticed Weiss, so at the moment a good jump from Rübsam 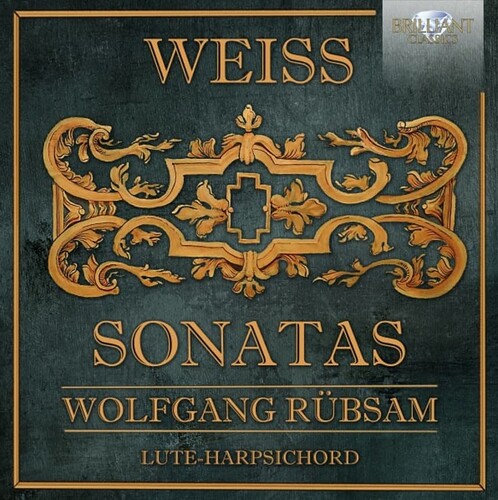 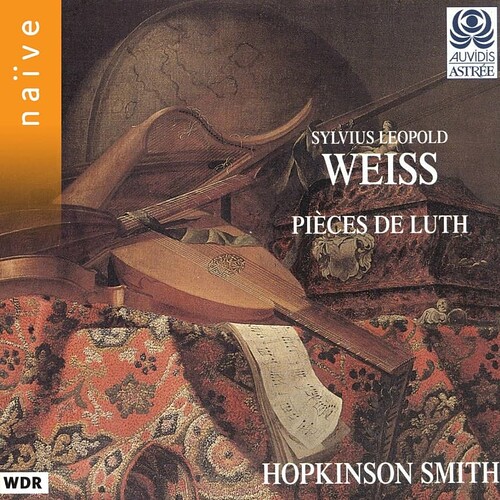 Hopkinson Smith has a rather vast discography, both as soloist and playing the lute in ensemble music. I think his album with pieces by Francesco da Milano is important, as are his interpretations of Kapsberger’s music.

Thank you, Andreas. I have heard Viktoria Mullova perform with Il Giardino Armonico, specifically Vivaldi and with Arvo Pärt, Nemo Järvi and the Estonian National Symphony Orchestra (an amazing recording). Look forward to hearing her BWV 1001-1006 and contrasting it with less HIP performances, such as the Milstein, Hahn, Faust, Ehnes recordings.

Thank you also for the recommendation re: John Butt. I have listened to Brandenburg Cti (with Dunedin Consort) and Trio Sonatas, but never the Pachelbel. Something to look forward to. The Payne, although on a lesser label, is quite lovely.

I’m most excited to try the Hopkinson Smith on lute, which, unfortunately, is unavailable on Qobuz (just bits and pieces on a various artist recording; Surprising. They have many Naïve label recordings). Will need to purchase. Another wonderful Bach Lute performance I purchased years ago is Stephan Schmidt’s Bach: Lute Works. Perhaps you have heard it? 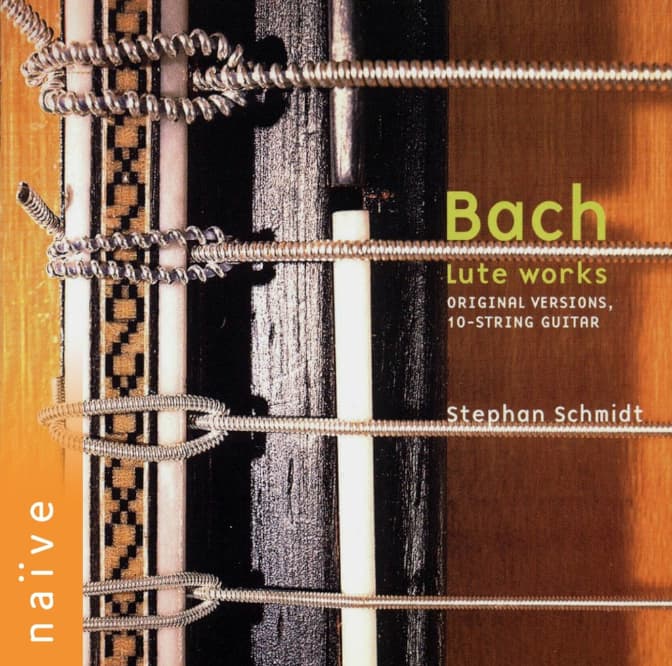 I’m most excited to try the Hopkinson Smith on lute, which, unfortunately, is unavailable on Qobuz (just bits and pieces on a various artist recording; Surprising. They have many Naïve label recordings).

Here in South America it’s now available on Qobuz. I had listened to this album on Tidal before today, but checked again and found the complete album on Qobuz. 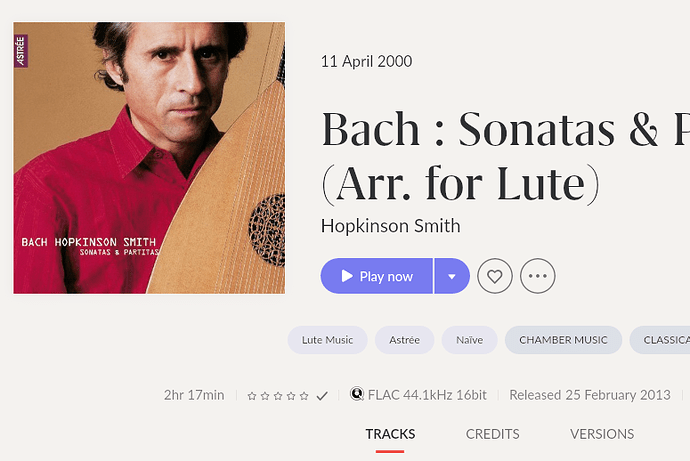 Another wonderful Bach Lute performance I purchased years ago is Stephan Schmidt’s Bach: Lute Works. Perhaps you have heard it?

That’s new to me; will listen tonight. Thank you!

Hello Traian and thank you for suggestions. Will have a listen to the Rübsam Sylvius Weiss on Lautenwerk. I hadn’t realized that Weiss was one of the most prolific lute composers ever. Would definitely like to hear more of his work. I have heard a piece performed by Göran Söllscher on a wonderful album Eleven String Baroque, which also includes some Pachelbel and Bach performances. 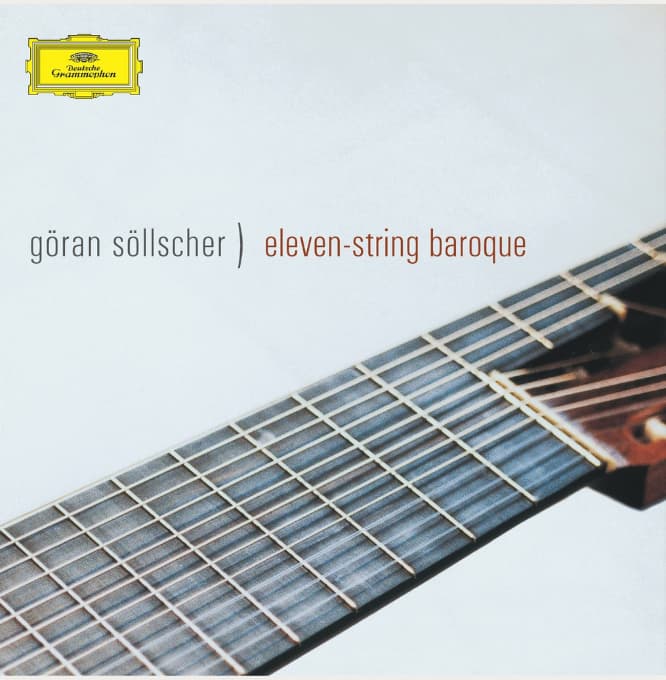