Hello, crew. @Jesus_Rodriguez, I am copying you, as this seems to be a Sonore uPnP Bridge specific issue.

But, pretty much every day or so, the DAC disappears from the Roon list. Yet, sonicTransporter continues to show it is connected to the Bel Canto renderer. I have had the DAC disappear right in the middle of listening to music, in fact.

But in many cases, as in today, doing all of those things doesn’t bring the DAC back to the Roon list, even though the renderer continues to be listed in the sonicTransporter.

Similar problem here with my Sonicorbiter.
I use it as a temporary fix to enable ROON on my Linn DS (while waiting for ROON and LINN to finalize official support).

Sonore uPnP bridge required Squeezebox Lite to be active. Most of the time it is and things works. Frequently however it stops working.

I think this is a Sonore uPnP software issue???

You can go to Apps / SonoreUPnP Bridge and see the app’s status and restart things as needed.

My point is that when the music and the endpoint disappear, the Sonore uPnP app still reports that it sees the renderer, yet Roon does not. And daily or more often needing to soft and hard reboot the sonicTransporter, the switch, the Roon server app and the Roon server itself – perhaps multiple times before getting it to work again, or giving up in frustration – to me is not normal. With all due respect for the engineering that has gone into the Sonore app, “Restarting as needed” to me is a sign that there is a software problem, @Jesus_Rodriguez. When it works, it is great. But DietPi on a RPi3 is far more stable on six other endpoints in my home, wireless, than the Sonore uPnP app hard wired and I don’t understand why. JCR

By way of my last email I was suggesting that you go to Apps / SonoreUPnP Bridge and see the app’s status and restart things there. You should do this when the issue occurs and report what you see and what happens next.

Got it. Will report back to you, @Jesus_Rodriguez. JCR

Ok @Jesus_Rodriguez. The Bel Canto renderer was working great last night through Roon. This morning, it has disappeared from the Roon endpoint list, again, merely as a result of overnight rest.

Turning to apps/Sonore uPnP Bridge in the sonicTransporter, it shows: 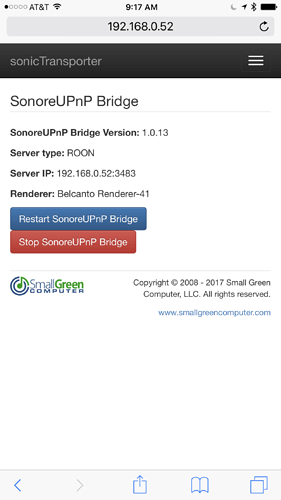 I restarted, as usual, from within the application: 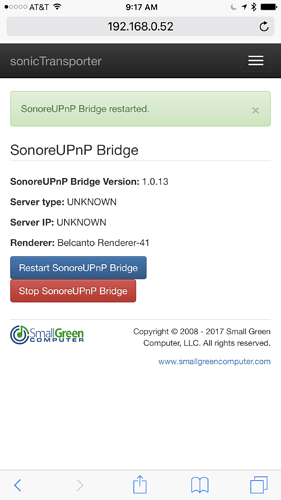 The result: no Bel Canto DAC on the Roon list: 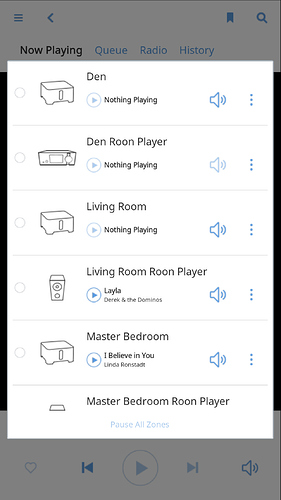 Yet, when going into settings in the app, we see: 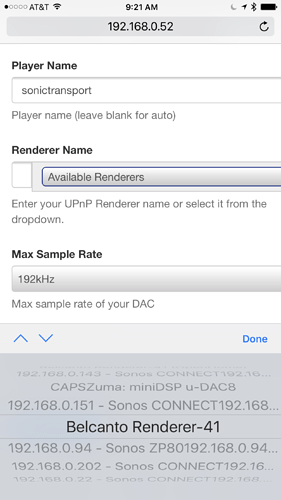 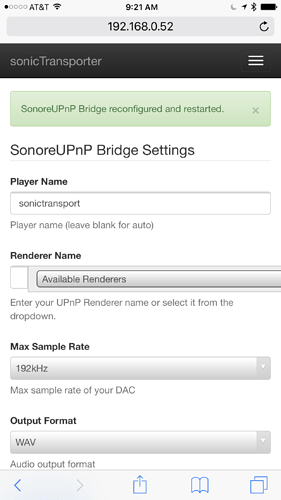 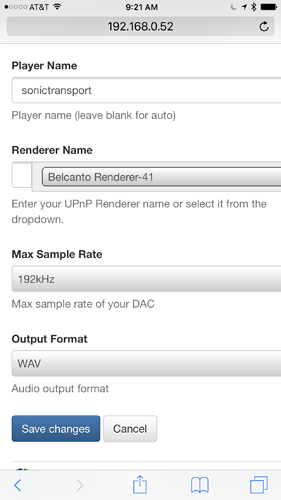 I can again select the Bel Canto renderer and reboot the sonicTransporter. But still no Bel Canto DAC has returned to the Roon list.

I unplug the sonicTransporter for a hard reboot. No luck.

I kill RoonServer and reboot it. No luck.

I reboot the entire server. No luck.

I reboot the renderer after the entire server reboot. And follow with hard reboot of the sonicTransporter. Now, the Bel Canto DAC has reappeared: 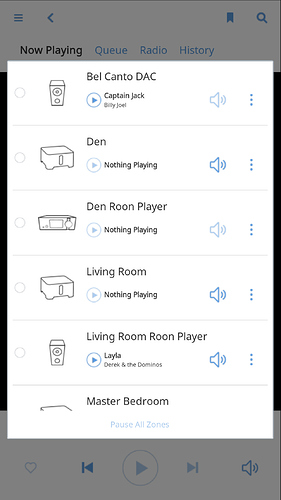 So, what do you think is going on here? Thanks. JCR

IMO there is no real need to unplug, kill and reboot things:) That is to many things going on to narrow down what is taking place. The information on Apps / SonoreUPnP Bridge is real time so it will tell you what is going on.

Your first image of Apps / SonoreUPnP Bridge tells us that Roon is on and Roon sees the bridge. Also, the bridge sees your renderer. That looks pretty good to me and it should play.

Your second image of Apps / SonoreUPnP Bridge tells us that Roon is not on or does not see the bridge and I can’t really say why. Are the Server, DAC, and Roon all connected directly to a router? Any switches, wireless gizmos, power line adapters utilized in these connections? Any one of these can be an issue. What happens if you just power cycle your DAC and nothing else…will it show up in Roon?

Hello, @Jesus_Rodriguez. Agreed that the strange thing here is that the Sonore Apps consistently shows Roon is on, as it is for multiple other endpoints at home, and Roon sees the bridge and the bridge sees the renderer. I have the sonicTransporter connected via ethernet cable to a switch, into which my Orbi router, Bel Canto renderer and Roon core i7 server are also ethernet connected. I don’t know how I’d connect those products together without a switch. The issues I describe were exactly the same with my former ASUS RT-AC87U router, so I do think we can rule out the Orbi as a root cause.

The switch is a Netgear GS116Ev2, 16 port gigabit ProSAFE Plus switch. It is configured as dumb as can be. Specifically, it has IGMP snooping turned off along with blocking of unknown multicast addresses being disabled. Firmware is current.

The only generally consistent way I’ve been able to get the DAC to reappear in Roon is to reboot Roon on the i7 server (no reboot of the server itself is required), then reboot the sonicTransporter (this alone doesn’t do it) and then reboot the renderer.

I should mention that when I do get the DAC to reappear, its disappearing act often – but not exclusively – occurs in the middle of the night, when the only Roon activity I am aware of is the backup of the Roon database to my NAS. That is, the DAC can be there at midnight for playing music but disappear magically by morning, requiring the various reboots described above. In all cases of the disappearing act, the Apps in the Sonore uPnP bridge continues to report that the renderer is seen.

I should mention that the DAC consistently appears in JRiver, which I have running alongside of Roon on the i7 server. It never disappears from the JRiver list of available DACs. The JRiver/DAC connection is through the same renderer and ethernet connections, but obviously bypassing the sonicTransporter.

My other Roon endpoints in our home are all rpi3s running DietPi wirelessly. I have the Orbi router, as noted above, and Orbi satellites on the other two floors of our home. Of course, those DACs, of various brands, are all USB connected to the rpi3s and not ethernet connected, as the Bel Canto DAC is in my main sound system. The rpi3-connected USB DACs do not suffer the disappearing act and stream DSD128 wirelessly with no dropouts.

I have two other DACs in the main sound system that are USB connected to the i7 core – a Meridian Explorer2 for MQA and a miniDSP u-DAC8 for multichannel. Neither of those engage in the disappearing act.

What further information can I supply to you to diagnose this problem? Thanks. JCR

I would ditch the smart switch that is configured dumb. I would update the firmware on the Bel Canto. Also, I would turn off all other UPnP/DLNA controllers.